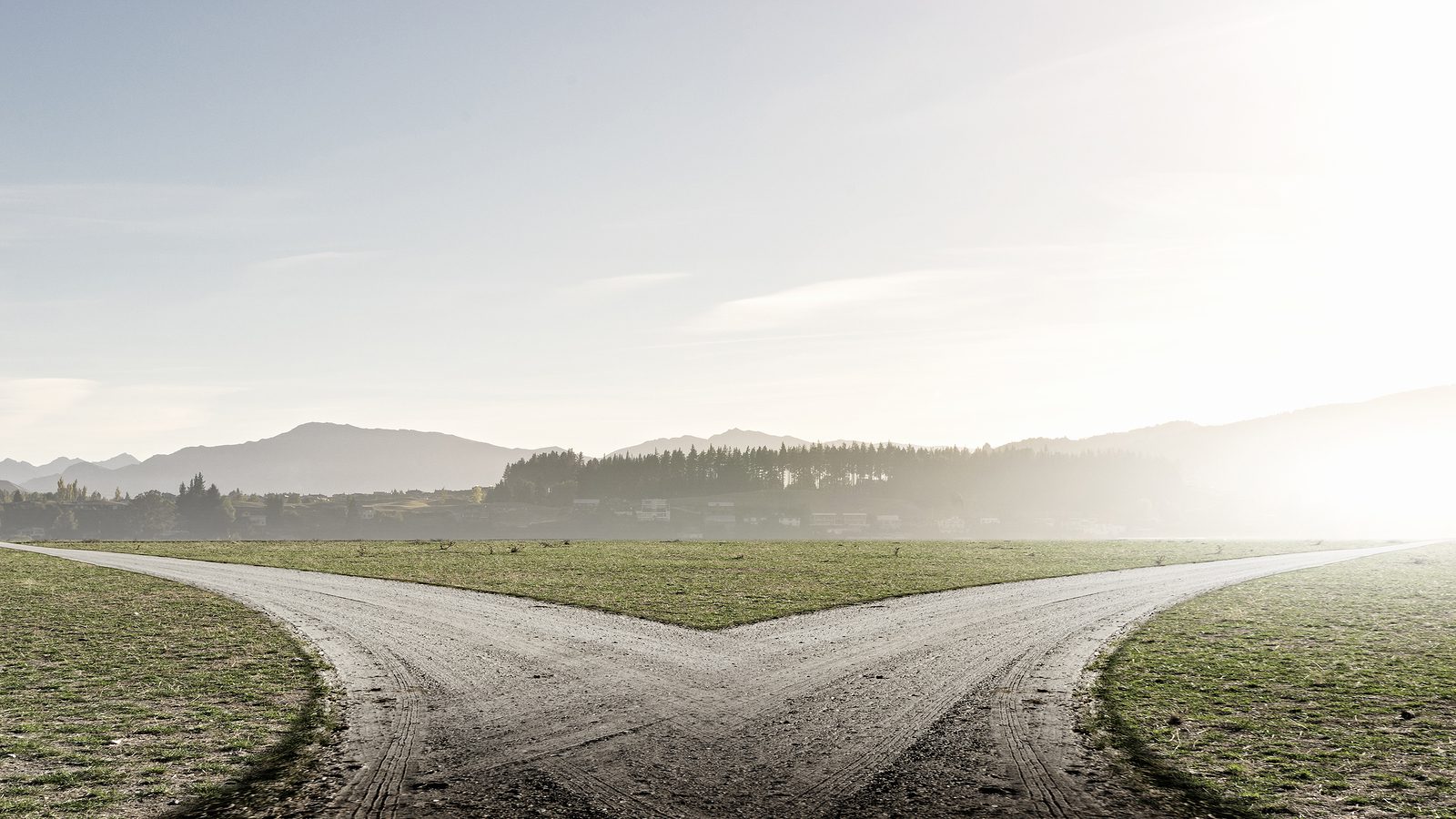 Other articles in this round table discussion include “Round Table: Re-visiting an Article that Stirred Controversy” by Maurine and Scot Proctor, “Sexuality, Choice, and Kindness” by Nathaniel Givens, and “Why I Wrote the Article on Teaching Heterosexuality and Do I Regret It?” by JeaNette Goates Smith. This is a delicate subject and each of us represents his or her own point of view.
While many set faith at odds with critical thinking, Meridian’s Expand section promotes an alternative model of the life of the mind. Here we engage current moral, political and cultural issues with intellectual rigor from a faithful LDS standpoint.
“…and your mind doth begin to expand.” – Alma 32:34

Ralph C. Hancock is the President of the John Adams Center for the Study of Faith, Philosophy and Public Affairs.

When JeaNette Smith undertook to address the vexed question of homosexuality in an LDS context she   was trusting enough to believe, or to hope, that she might begin from some common ground, from a moral premise presumably shared by “left” and “right” on this issue: “Everyone can agree,” she ventured, [that] “it would be nice to have a choice.”

Boy was she wrong! The one word that progressive intellectuals absolutely cannot tolerate when homosexuality is in question is the word “choice.” Interestingly, when the moral-political question concerns killing unborn babies, then the enlightened position is obviously “pro-choice” (not referring to the baby’s choice, of course). But when it comes to “gays,” even to use the word “choice” in the same sentence with the word “sexuality” is enough, as the reaction to Smith’s article illustrates, to render the guardians of progressive opinion apoplectic.

Unsurprisingly, then, Smith’s essentially rather mild, mostly judicious and finally quite conciliatory argument in support of the Church’s standards of chastity and ideal of marriage was not even deemed worthy of reasonable consideration but was immediately anathematized on progressive blogs and Facebook pages: “Terrible,” wrote one; “vomit-filled” opined another– with little fear, it seems, of being contradicted.   (Where are the guardians of civility when we need them? But wait – they’re the ones flinging these epithets!)

Meridian Magazine provides a fundamentally important service to the LDS community in holding a public space open to points of view like Sister Smith’s. And there can be no question that there is pressure to close this space, as the present example vividly illustrates. Even in very faithful LDS circles – in our foyers, social activities – even in the course of discussions in Priesthood and, perhaps especially, Relief Society meetings, it is becoming harder and harder to speak simple truths or to raise obvious questions when these touch the raw nerves of the dominant “progressive” culture. Many members are intimidated by what is often a minority, even a small minority of voices favoring the current vogue against traditional morality, but a minority backed by the cultural authority of the sexual left. Meridian Magazine makes it possible for those of us who support basic Church teachings on sexuality to know that we are not alone.

Liberalism is supposed to be about liberty, so it is strange to see liberalism abominate choice so vehemently. Let me set free my inner political philosopher and use one little paragraph to plumb the depths of this strangeness: The self-subversion of liberalism actually makes sense if you follow the logic of secular liberalism to its conclusion: real choice is inseparable from moral agency and responsibility, but liberalism sets its face against all authoritative moral norms (at least that imply firm standards in the “private” realm). Freedom, taken to the extreme of permissiveness, thus must deny a moral framework and so, finally, deny itself. Liberation from morality finally requires liberation from liberty. This, I think, explains the dynamic that has led us to an ideology that must suppress any suggestion of responsible moral agency where sexual orientation is concerned.

Smith invites us to re-connect freedom and morality. Her central point is simple and clear, and would be uncontroversial in any other world than the one contemporary liberalism has tried to impose just in the last decade: “We must be brave enough to contradict the world’s insistence that homosexuals have no choice.” The author does not argue that homosexuals or any of us necessarily has the power to choose a sexual orientation – anymore, for that matter, than we have the power to decide from whom we inherit our genes or in what environment we are raised.

She does not deny that some small percentage of individuals may be born (as the best science now seems to indicate) with a practically irreversible homosexual tendency. (I leave it to other, more qualified writers here to parse the scientific questions relevant to the moral and cultural problem of homosexuality.) What she does deny is the implausible claim or assumption by the reigning gay rights ideology that we (or at least those of us who experience homosexual desires) cannot take responsibility for our sexual activity, or for refraining from such activity.

The Progressives’ denial of choice is closely connected with their denial or neglect of the role that public attitudes, ideologies or worldviews play in the framing of questions of sexual conduct. To maintain that gays have no choice one must also maintain that ideology does not condition that choice and that religious beliefs cannot (must not?) reframe that choice. JeaNette Smith ingenuously mentions a forbidden but quite obvious truth: “homosexuality is currently in vogue.” She then dares suggest that this powerful cultural fashion might induce some children “to experiment with this type of relationship.” The factual premise is hard to deny: what youth growing up in today’s world can fail to sense a certain prestige, a certain “edge,” a certain mark of bold openness or “creativity” associated with a sexually transgressive lifestyle?

Heterosexuality is so “old school,” after all – hardly an expression of liberated individuality. Just by becoming Caitlyn, Bruce Jenner has enjoyed considerably more than fifteen minutes of fame as a cultural hero that being a plain old good father could never have won him. The levelling of traditional norms governing sexuality does not in fact level the moral-cultural playing field; in fact it opens up a smooth downhill-path of transgressive experimentation to the restless or ambitious youth who may be bored with himself and with an inherited way of life. I know of a whole troop of Girl Scouts who recently discovered together that they were lesbian, or at least bi-sexual – which is almost as edgy, after all. Was there no cultural influence here?

Speaking of bi-sexual: does not the “B” in LGBT give away the whole game? Is it possible to argue that the self-defined “bi-sexual” does not have a choice to conform to heterosexual norms, and thus to participate in a marriage culture that favors real fatherhood and stable parenting? Or is that the only choice that must be defined as “repressive” and thus excluded?

Once we are willing to see the power of moral (or immoral) culture that is right in front of our noses, then we are prepared to take responsibility, not only for our individual choices, but for our contributions to a public culture favoring good choices. As JeaNette Smith acknowledges, in perhaps her most tough-minded statement: “Regardless of whether we bake them exquisite wedding cakes, take phenomenal photographs at their receptions, or rent them a room with the very best view in the building, homosexuals will still be deprived of some of the privileges afforded heterosexual couples.” (My emphasis.)

Yes. On principles both of legal and political fairness and of Christian love, we must guard against all harshness and insensitivity, and avoid forming any final judgments on the state of any individual’s soul. While we are responsible for our own choices, and invite others to take the same responsibility, we indeed cannot judge the precise scope of choice open to any individual; we cannot assess the weight of genetics or environment on shaping any person’s possibilities. What we can do is (1) affirm as individuals which choices are best, both from an eternal perspective and from the point of view of the good of society, and (2) dare to contribute to a moral culture in which the goodness of those choices – chastity, real marriage, morally strong parenting – has authority.

The sexual left benefits from the complacent illusion that the weakening of traditional moral and cultural standards will leave the field neutral and open to individual choices – or, rather (in the case of homosexuality), to individuals being what they are determined to be. But this is indeed an illusion, when it is not a lie: Our public culture will either favor or, yes, “privilege” real, heterosexual marriage, with all the benefits this institution brings to individuals and to communities. Or, at least implicitly, it will glamorize “non-traditional” lifestyles and convey the message that these are certainly morally legitimate, and indeed even edgy, creative, progressive, liberated.

We can allow this transgressive message to work its way through our communities, congregations, and homes. Or, in the words of President Benson, we can choose to “make popular that which is good.”   Our choices open up true choices for others in our families and communities.

I liked reading this article, even if I didn't agree with every word. I was really annoyed when the original article was pulled, and am interested in these follow-up pieces. The whole thing about people being offended by one opinion while demanding theirs be accepted is actually insane, but about on par these days. They care so much about choice... except when it's this choice.

Excellent. The choice you describe at the end of your essay is exactly what is before us. We can remain silent (and loving) and let this message go unanswered for our youth and others who need to hear the truth, or we can do as the Young Women commit to every Sunday, and "stand for truth and righteousness" with love and courage. True love requires that we offer the truth so agency has a real choice. Thank you for your contribution in this discussion.