Prisoners of Hope: Turning Your Will and Focus to God « Meridian Magazine 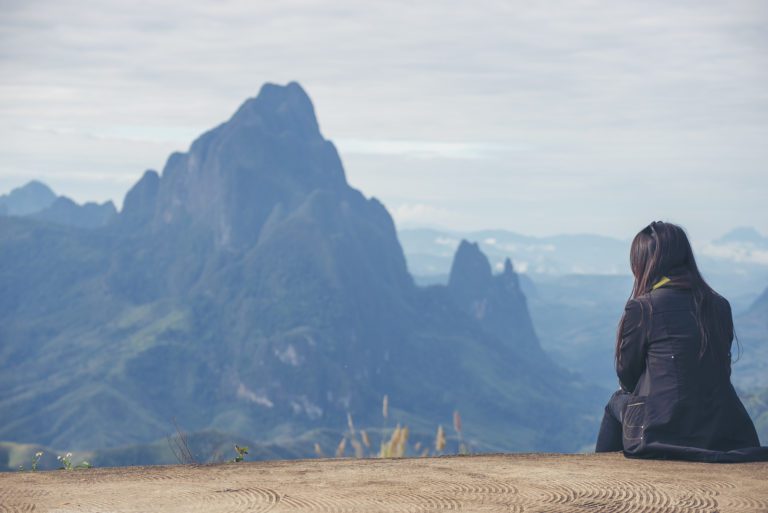 Prisoners of Hope: Turning Your Will and Focus to God

What do you turn to when everything is going wrong? What do you hold onto when it seems there’s nothing left to grasp?  The answers you give to those questions, and what you actually do, will make all the difference in your life now, and in the world to come. I want to share three profound experiences where people gave their all to know the Lord.

I Can’t Handle Another Thing

A few years ago, I received an email from a woman named Kathy Burris.  She was experiencing an excruciating chapter in her life.  Let me set the stage: She had just moved to Seattle, away from family support and friends, with six adopted special needs children all under the age of 13, at which time her husband was suddenly deployed by the Army to the other side of the world.

She was run ragged with life and death issues that her children faced on a daily basis; their many health problems, a deaf son’s newly acquired “stealing phase,” and her oldest daughter’s recent attempt at suicide.  Additionally, Kathy had to go into the hospital for her own emergency appendectomy surgery.  Because of all these challenges, she was filled with deep anxiety. She writes:

“Over the past week I have been feeling very depressed, alone and at the point of losing my mind. With all the therapies, disability issues, and no immediate help available, the load has become, what I felt, unbearable! I’ve been draining from the very last drop of my faith to pull me through, (and I would consider my faith to be extremely strong)…I recognize that I have yet to give the Lord my all because of the fear that if I were to do so, I wouldn’t have any strength left…

It finally dawned on her that she had been trying to do it all alone.  She was moved to give God her will and burden.  As she continued pleading and plugging along, Kathy began to feel the Lord’s enabling power strengthening her.  She continues:

“I often think that when we are being purified by fire, and then we make it through, we sometimes look back and ask ourselves, ‘Did I really give my all to God? I do remember the heartfelt pleas, begging he take ‘this cup from me and my family,’ and the many, many prayers… I didn’t give up and didn’t throw in the towel… and it was in those moments that I felt the embrace of a loving Heavenly Father who reminded me that I’m a fighter and that is what he needed for the mother of these children.” (Kathy Burris, Emails used with permission).

Because Kathy let go of fear, turned her will over to the Lord and focused on Him, she was blessed with His embrace and an inspired clarity of understanding as He navigated her through the violent storms she had to go through.

The fact is, in the next life, limitations and handicaps will be gone.  The thing that will be left is growth.  God’s perspective gives us hope.

Years ago, I came across the following profound scripture that has changed my life.

“Turn you to the strong hold, ye prisoners of hope: even today do I declare that I will render double unto thee.” (Zechariah 9:12. Italics and bold added)

It begs us to ask ourselves, what is my strong hold?  What (or who) do I hold onto when the storms of life hit?  If our stronghold is the Savior, we are inviting His sovereignty into our lives.  I’ve always found that when our focus turns away from Him, we grasp for other things, and exit His presence.

The scripture suggests that we become prisoners; not prisoners of men or demons, but prisoners of Hope.  A prisoner is one who is completely trapped where he is and cannot escape.  The comparison is wonderful.  If Christ is our stronghold, and we become prisoners to our hope in Him, we will stop focusing on what’s going wrong, and instead focus on His light and enabling power. Can you feel the power of this position?

When we become broken, either from extreme hardship, sin or emotional overload, this “prison of hope” is the place to become refreshed.  As we continue this focus, the Lord has promised that He will give us double blessings.  I have experienced this; have you?  It is a time when clarity, peace and even miracles occur.

The Energy of Trust

Thirty years ago, I became very ill with Chronic Fatigue Syndrome, at a time when I had three young children at home.  I couldn’t function.  I just lay in bed most of the day, because I had no energy or will to get up. I was in this state for over two years and felt tremendous discouragement with my life and my inability to be a wife or mother, and had no hope of change.  About this time as I was languishing, I received strong promptings that I needed to force myself to be cheerful and to focus my thoughts on the Lord and his magnificence rather than my circumstance and condition.  The spirit taught me to become a prisoner of Hope rather than a prisoner of despair and worry.

I had no energy to do anything physical, but I did make the tremendous spiritual effort to give the Lord my will, and focused on the fact that somehow He would help me dig out of the hole I was in.

As I made those attempts to change the direction of my mind, asking for the spirit to guide me, I could feel my path shifting, and the fruits of my focus became evident when I was miraculously healed, and we moved on to better circumstances. Everything became different, brighter and better.  It’s as if my focus on the Lord and His solutions lifted me out of the black hole I was in, and gave me everything fresh and beautiful in my new life.  I’m still amazed.  Double was rendered to me.

We all are given “storms” in our lives to show ourselves and the Lord what we are made of.  They are the battles we came here to fight in mortality.  What will our choices be?  Who will we turn to at the critical moments?

Losing Everything, but Gaining More

One of my dear friends, Donald Lowe had a life-changing experience.  In 1962, he and his wife joined the Church, and at that time made up their minds that they would give all they had to the Lord.  They were very committed to Him.  This commitment was put to the test.

Donald was an inventor, and had developed an innovative product that was selling well.  They had just moved the business to a new factory location where they could significantly increase productivity.  Everything was going well and on schedule.  One fateful day, however, he received a call from the police to inform him that his factory was burning down.  He rushed there, but when he arrived the firemen were just leaving.  There was nothing more they could do.  He writes:

“I entered the ash covered ruins with a heart that was pounding and a mind that was totally destroyed.  The steel roof girders were at floor level, there was nothing left of anything.  All the machines were just heaps of twisted metal. I left soon after not knowing what to do next or how to tell my wife…

“My wife was just as distraught as I was. We prayed together for guidance and assistance and told the Lord we were entirely in His hands.  We told Him that we had done our best to be obedient, and that whatever He wanted, we would do.”

Even though they didn’t know what their next step should be, they were prisoners of hope; locked into their stronghold, Jesus Christ, and focused on the fact that He would somehow help them in this devastating situation. They began to receive the double fruit of their faith.  He continues:

“Then things started to happen. Our broker persuaded the insurers to meet the claim 100%, which we never imagined would happen.  Also, a remarkable thing opened up.  The boss of our main opposition offered us the use of his machine, free of charge, in after hours time as long as we used our own chemicals, until we were up and running.”

“Without having to find capital, we were financed by a wonderful insurance company and broker, and after we were back up, the business took off like never before.  The Lord is so good!”  (Donald Lowe emails used by permission)

Every one of us will be required to give our will to God at our most difficult times, and as we do, we will climb to higher levels of light.

“I do not know why we have the many trials that we have, but it is my personal feeling that the reward is so great, so eternal and everlasting, so joyful and beyond our  understanding that in that day of reward, we may feel to say to our merciful, loving Father, ‘Was that all that was required?…What will it matter, dear sisters, what we suffered here if, in the end, those trials are the very things  which qualify us for eternal life?” (Linda S. Reeves, “Worthy of Our Promised Blessings.” Ensign Nov. 2015, 11)

How Do I Navigate the Brutal Storms in my Life?

Shifting the Course of the World

These trials are always painful, but the good news is that in them we discover ourselves as we make the sacrifice of turning our will to God and focusing on Him.  Did Christ fully know what He was capable of enduring until He endured it?  What elation He must have felt after it was over. He did it!  He accomplished the thing He had planned on doing for millennia; the thing He was born to do.  He gave His will to God and changed the course of the world.  When we give our will to God, and focus on His light and solutions, we become a “prisoner of hope,” and in this peaceful place, we drastically improve the trajectory of our lives.

Your article and most articles I always follow as most speak directly to me. The daily struggles and balancing of life itself. I have been at it for nearly 4 years maybe less or more. Most times over looked Zechariah 9:12, but now truly appreciate my “double” blessing. I can be “prisoner of HOPE” and still continue knowing He hears my prayers.

HOW can I thank you??? I was sitting here in tears, in a quandry about what to do. Like your friend, I consider my faith to be strong...it is my gift! But I had lost hope in a particular thing happening to me...a medical problem. I sat here reading about all kinds of ideas and "solutions," in medical places, when for some reason decided to check my email and there you were. Your title, coupled with your own beautiful countenance pulled me in. As I read I thought, "I don't even believe this is happening!:...your words were SO EXACTLY WHAT I NEEDED in this very moment! I wasn't familiar with the Zechariah scripture (my husband has been ardently studying the Old Testament and I'm sharing his study...we've talked about that book but not THAT scripture...it is PERFECT!) THANK YOU! I am going to go my way rejoicing now, for I know that just as in these wonderful examples you've given, answers will come to me.