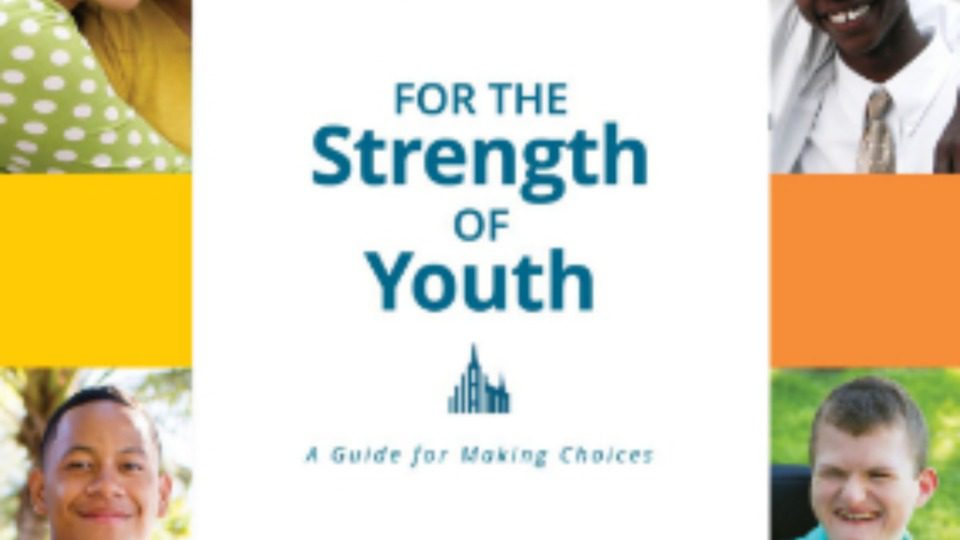 Principle-Based Learning: The Time Has Come

The most frequent response I hear to the news that the church has a new Strength of Youth pamphlet is “It’s about time.”  Or “What took so long?”  I share the enthusiasm of these saints for this new pamphlet.  It is essential that our youth learn to make choices based on principles.  However, I do not think the church was guilty of lallygagging.  I believe the changes came at when they needed to come.

Youth must also learn, not to merely do the right thing, but to do it for the right reason.  For example, parents won’t need to drag their children out of bed to go to church and take the sacrament when their sons and daughters understand covenants and the necessity of renewing those covenants.

What about the Timing?

I believe the church has always advocated principle-based learning.  Joseph Smith famously taught, when asked how he led such a vast people, “I teach correct principles and let them govern themselves.”  I mentioned in my previous Meridian article that this was the theme of the parenting book, From Playpens to Proving Grounds, my father wrote in 1998 and also the way he raised me.

If the founder of the church advocated principle-based teachings, why were “The Strength of Youth” and the “Missionary Manual” not principle-based all along?  For starters, in the past it was possible to just teach practices.

Satan is Moving at Lightening Speed

In the past, leaders could counter each one of Satan’s temptations with a correct practice.  If Satan said, “Pierce every orifice on your body,” President Hinckley could say, “Limit your piercings to one hole in each ear.”

However, now days there are far too many ways to sin.  It’s like Satan’s imagination has exploded.  I cannot even keep up with the torrent of ways Satan has invented to cause strife among God’s children, and destroy one’s divine identity.  News travels too fast.  Fashions catch on instantaneously.

A list of “Thou Shalt Not’s” is a defensive way to fight Satan.  Principle-based learning is an offensive way to fight Satan.  My football-passionate husband taught me that “the best defense is a good offense” and “The Strength of Youth: A Guide to Making Choices” is world-class offense.  When we keep our minds focused on good things, and on our true identity, the bad things don’t fit into our world view, or our true identity.

My two-year-old granddaughter who has Down’s Syndrome knows how to fold her arms and kneel in family prayer.  She goes through the motions without understanding the principle.  However, her big sister is learning that we fold our arms and bow our heads because this is what reverence looks like: we kneel out of respect, we bow our heads out of humility, we close our eyes to better feel the spirit.  We do all this because we understand the greatness of God as the creator of the universe, the creator of our spirits, and the author of our eternal salvation.  Would the big sister know how to demonstrate humility, respect and the reverence she feels had she not been taught as a child what reverence looks like?

My friend was raised outside the church.  She did not think that when she wore crop-tops she was bragging about her flat stomach, or when she wore low cut blouses, she was bragging about her well-appointed chest. She did not consider herself a braggart.  She just thought she was stylish.  She had no idea what modesty looked like, because she had not seen it among her peers.  When she joined the Church, she noticed a difference in the way her new friends dressed and she realized it was because they thought differently about their bodies.  Because she saw the practice demonstrated, she better understood the principle.

Christ was the ultimate example of demonstrating what a principle looked like.  What does loving your neighbor look like?  Caring for a man beaten by thieves.  What does not judging look like?  Eating with sinners and publicans.  What does mercy look like? Not stoning a woman caught in adultery.  What does forgiveness look like? Healing a man with a 38-year infirmity.

Examples of the principle help us understand how to apply the principle.  We won’t encounter the exact same situations– a woman being stoned for adultery, but we know humility as we ponder our own sins rather than those of others.

We Needed to become Trustworthy

Would you hand your five- year old a knife and ask him to cut up vegetables for dinner with the principle, “Be careful.  We don’t want you to hurt yourself?”  Of course not.  You would wait until his hands were strong enough and coordinated enough to hold a knife.  You would show him how to hold the knife, and curve his fingers.  You would wait until you could trust him to follow your counsel.

The first time Moses descended from Mt. Sinai he ostensibly carried the higher law, I imagine a principle-based law.  When Moses discovered the Israelites had lost faith in Jehovah and were worshipping an idol made of their own jewels, he became exasperated and realized they were not ready for a higher law.  He famously broke the principle-based guideline and returned to the mountain to receive a law of rules and ordinances.  For hundreds of years the Israelites lived the Law of Moses, measuring their steps, separating their food, preparing burnt offerings in specific ways.

Back when Spencer W. Kimball had specifically said, “Don’t view R-rated movies” my dad, a very active member of the Church, took me to see the R-rated movie, “One Flew Over the Cuckoo’s Nest.”  My dad was a psychiatrist, an M.D., and the movie was about mental health and he thought it would be an important education for me.

He didn’t consult the new “For Strength of Youth: A Guide to Making Choices” but if he had it would have read, “Does it invite good thoughts? Stay away from anything that mocks sacred things or that is immoral. Don’t participate in anything that dulls your judgment or sensitivity to the Spirit.”

I am grateful that my dad understood principle-based learning because the experience affected the way I counseled when I became a mental health therapist 20 years later.

I believe the saints are prepared for principle-based learning.  We are mature and trustworthy.  Some might doubt this assessment as we see so many leaving the church, and think perhaps we are not yet a disciplined people and still need a preparatory law.

I would argue the opposite.   Those who have remained faithful, despite viewing their friends, family, and respected colleagues lose their faith are the very elect.  They are those who no longer need a preparatory law but can be trusted with the higher law.