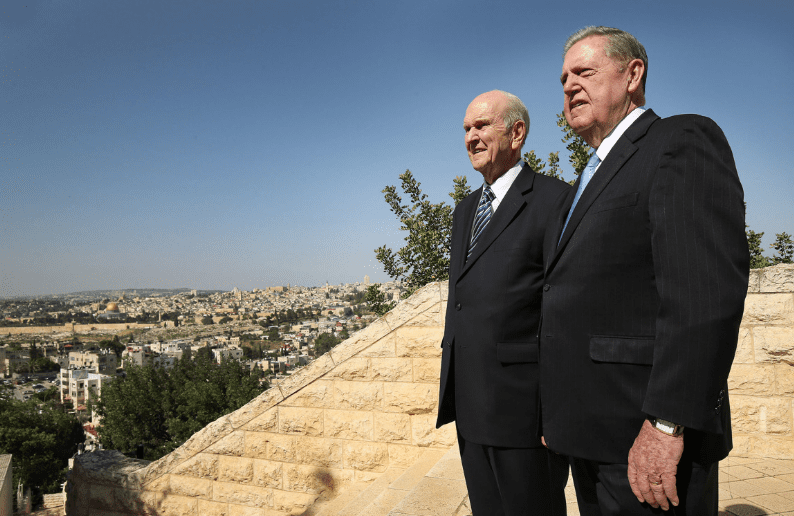 At a time of rising tensions, the message of The Church of Jesus Christ of Latter-day Saints is more important than ever, he said Saturday morning from the Holy City.

The United States, together with British and French allies, launched airstrikes Friday night against Syrian military targets in retaliation for a suspected chemical attack by the regime of President Bashar al-Assad near Damascus a week earlier that killed more than 40 people. Damascus is only 135 miles from Jerusalem.

Amid the tensions in the region and rapidly diminishing available airspace, President Nelson — accompanied by his wife, Sister Wendy Nelson, and Elder Jeffrey R. Holland and his wife, Sister Patricia Holland — left Jerusalem with plans to commence the Africa portion of their tour sooner than expected.