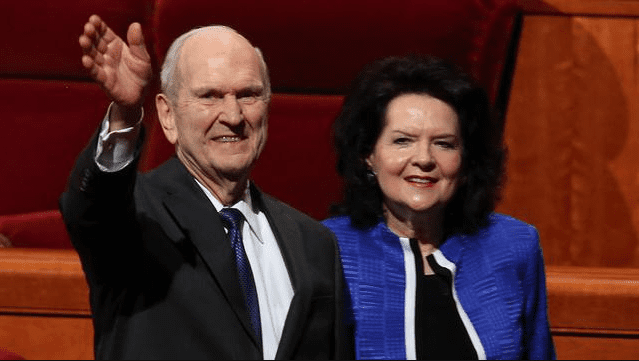 President Russell M. Nelson of The Church of Jesus Christ of Latter-day Saints and his wife, Wendy, along with Elder Gary E. Stevenson of the Quorum of the Twelve Apostles and his wife, Lesa, will embark on a ministry tour to South America, culminating with the dedication of the Concepción Chile Temple, in October. The senior leaders of the global faith are scheduled to leave Salt Lake City and meet with Latter-day Saints in five countries in nine days October 19–28, 2018. President Nelson has previously ministered in these countries numerous times.

There are more than 4 million Latter-day Saints, 17 temples and 94 missions in South America.

President Nelson and Elder Stevenson are scheduled to meet with government and religious leaders, members, missionaries and friends in the following locations:

A small congregation was organized in Peru in July 1956. More than 590,000 Latter-day Saints reside in Peru. There are two operating temples in the country, the Lima Peru Temple and the Trujillo Peru Temple. Construction is underway on a third temple in Arequipa. A fourth temple, the Lima Peru Los Olivos Temple, has been announced.

President Nelson, Elder Stevenson and their wives will speak at a devotional in La Paz at the Polideportivo Heroes de Octubre, which will be broadcast to meetinghouses in Bolivia.

There are more than 203,000 Latter-day Saints in 255 congregations in Bolivia. Missionaries arrived in that country in November 1964 and baptized the first convert a month later. The Church has sponsored many humanitarian projects in Bolivia in recent years. The Cochabamba Bolivia Temple was dedicated April 30, 2000.

President Nelson and Elder Stevenson will meet with missionaries of the Asunción and Asunción North Missions in the afternoon. Monday evening, a devotional will be held at the Conmebol Convention Center in Asunción. There are more than 93,000 Latter-day Saints in Paraguay. The first convert was baptized in August 1948, and an official congregation was organized that same year. The Asunción Paraguay Temple was dedicated in 2002 but is currently closed for renovation.

The senior Church leaders will meet with missionaries of the Montevideo and Montevideo West Missions Thursday afternoon. A devotional will be held in the evening at the Landia Complex, which will be broadcast throughout Uruguay. The first congregation of the Church was organized in Uruguay in 1944. Today, there are nearly 105,000 Latter-day Saints and two missions in the country. The Montevideo Uruguay Temple was dedicated in March 2001.

On Saturday afternoon, President Nelson and the other leaders will tour the Concepción Chile Temple and speak at a youth devotional in the evening.

Chile is home to more than 590,000 Latter-day Saints in more than 600 congregations. The first congregation was organized in Santiago in 1956.

The ministry tour finishes with the dedication of the Concepción Chile Temple, which will become the second operating temple in Chile. The Santiago Chile Temple was dedicated in 1983 and after extensive renovation was rededicated in 2006. President Nelson, Elder Stevenson and other senior and local leaders will participate in the cornerstone ceremony and three dedicatory sessions of the temple before departing for Salt Lake City.

Newsroom will provide full coverage of the trip, including video and photos for the media and the public of these historic events.