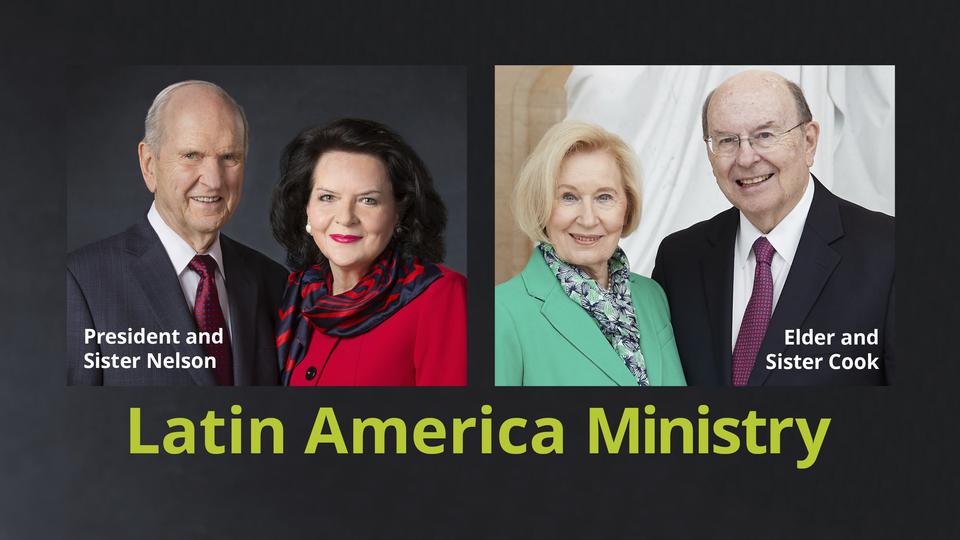 President Russell M. Nelson of The Church of Jesus Christ of Latter-day Saints and his wife, Wendy, are leaving Utah Saturday for a nine-day trip to five countries in Latin America. Traveling with the Nelsons are Elder Quentin L. Cook of the Quorum of the Twelve Apostles and his wife, Mary.

The global Church leaders will visit Guatemala, Colombia, Ecuador, Argentina and Brazil, where they will speak at devotionals and meet with heads of state and other high-level government and religious leaders and media from August 24–September 2, 2019.

Their first stop will be in Guatemala City, Guatemala, on Saturday, where they will greet government and religious leaders at a reception before they address members at an evening devotional at the Estadio Cementos Progreso, a stadium used mostly for football (soccer) matches.

Other cities the senior leaders will visit during their ministry include Bogotá, Colombia; Quito, Ecuador; Buenos Aires, Argentina; and Brasilia and São Paulo, Brazil.

The prophet will return to Utah on Monday, September 2, in time to celebrate his 95th birthday.

There are 16.3 million members of The Church of Jesus Christ of Latter-day Saints around the world, including a growing membership in Latin America.

In the five countries where President Nelson is traveling, there are more than 2.6 million Latter-day Saints, 14 temples, including the recently dedicated Fortaleza Brazil Temple, and 65 missions. Four other temples are announced or under construction in Brazil.

Newsroom will provide full coverage of President Nelson’s historic Latin America ministry, including video and photos for the media and the public.