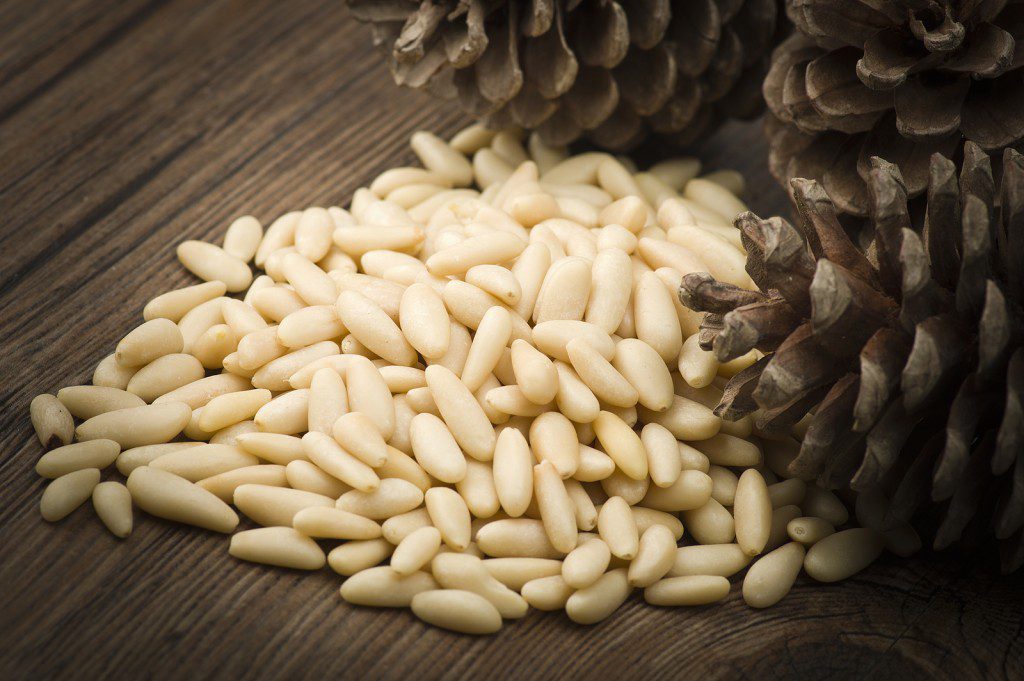 Leann received a call from her friend Sarah. “Hey, Leann, do you like pine nuts?”

“Well, they are in season. Would you like to come pick some up? You can have all you gather.”

“Feel free to help yourself,” Sarah replied. “They are getting really ripe and need to be collected before they go bad. You know that big tree in our back yard? Just go ahead and go through the gate by the side of the house and help yourself, even if I’m not home.”

After Leann hung up the phone, she turned to her husband. “David, would you like to go with me to gather pine nuts?”

He shrugged. “I like pine nuts, but I’ve never gathered them before. I’ve only bought them at the store all shelled in a bag. To be honest, I’m not even sure I would know what I was looking for”

Leann laughed. “I haven’t ever gathered them either, but how hard can it be? We’ll just go to the big pine tree, look under it, and there they’ll be.”

David agreed to go with her, so a couple of days later they made their way to Sarah’s house. Leann knocked on the door, but there was no answer, so she led David through the side gate into the backyard. The big pine tree dominated the landscape. Leann and David went to it.

“It looks like there are light brown ones and darker brown ones,” David said. “What’s the difference?”

Leann picked up a light brown one. She felt it and it was really hard. She then picked up the dark brown one and it was much softer. Though Leann wasn’t really sure, she thought that the answer was quite obvious.

“I’m sure the dark brown ones have already lost their shells,” she replied.

“But I thought you had to crack them,” David said.

“Well the shells must obviously come off by themselves in nature,” Leann replied. “How else would a baby tree grow?”

David nodded, agreeing that must be true, and they set about picking up all of the pine nuts they could find. They collected basketfuls. They just threw the light and brown ones in together.

Leann could hardly believe how many there were. She didn’t realize that a single tree, even one this big, could produce that many. And there were far more dark brown ones than light brown. The dark ones were the nuts Leann was most interested in, because they wouldn’t need cracking, and the thought of shelling nuts for hour after hour didn’t thrill her.

After they were finished, while David loaded the baskets into their van, Leann raked all around the tree, making it as nice as possible. She felt that if her friend shared the pine nuts with them, the least she and David could do was to leave it clean.

When Leann looked in their full van, the basketfuls of pine nuts made her mouth water. She just had to eat some. As David eased their van down the road, she took her water bottle and, holding a handful of the dark ones out the window, she poured water on them to wash the dirt off. When she was sure they were nice and clean, she tossed the whole handful into her mouth.

Instantly she almost gagged. “Don’t eat the dark brown ones,” she said to David. “They are horrible. They must have gone bad after they lost their shells.”

Later that day, Sarah called her. “Leann, thanks for cleaning up under the pine tree. It looks great. But you didn’t have to pick up all of the bunny poop.”

Leann decided she would ask David to spread the dark brown “pine nuts” on the garden for fertilizer.

I agree with the above comment. I lived for years on the Navajo Reservation. My kids would cross the road and head up to the red rocks where the stunted Pinon trees grew and would come home loaded with pine nuts. Yes, they grow inside shells inside a pine cone. They are a wonderful treat and we have wonderful memories; but they include the shells. I hated to have to clean them up after everyone was thru munching. ;o))

Whoever wrote this article does not know much about Pine Nuts. My Father, E Golden Howlett, his brothers and his family were pine nut hunters. They taught my husband and I and our children by taking us Pine Nut Hunting. Our older children remember our one big trip out to Nevada in the fall of 1963. It was one year that the Pine Nut Trees were loaded with cones full of nuts. The picture you show in the article is a fake. Pine nuts grow inside a shell found in the pine cones. You make it look like the white meat of the pine nuts just come out free of a shell. It just happens I have a few still in the shell in my freezer. I often fill a small bag of nuts and spend an evening shelling them out to eat. You can find them already shelled in specialty stores. Contact me if you want to know more.