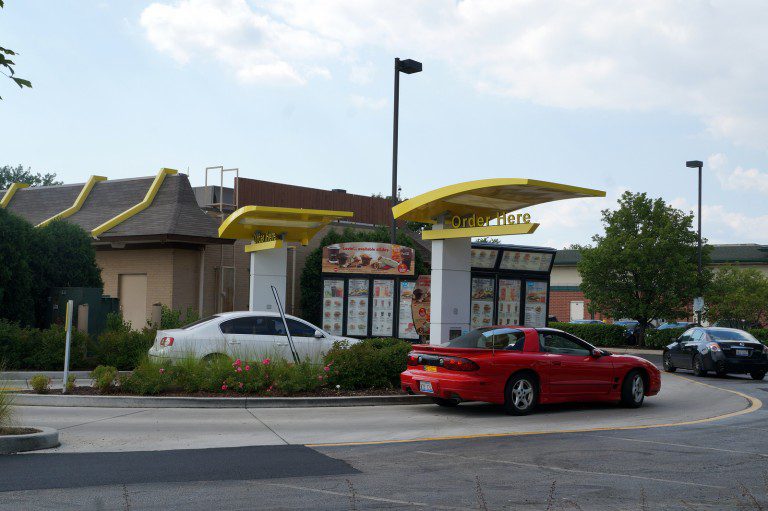 My daughter Heather had had a bad day. In fact, the whole week hadn’t been that good. She had started school, and there was a mixup in her classes. By the time she had that straightened out, a few days of class had already gone by. She then had to catch up, and there was the challenge of friends and everything else that goes with school starting.

She works at McDonald’s and, to top off her bad week, she had to work Friday and Saturday shifts. She worked the late shift Friday night until ten o’clock, and then had to be back by six o’clock in the morning. By the time I picked her up from work on Friday, she was exhausted. She had purchased some food so she could eat on the way home and go right to bed. After she finished eating, she drowsed in the car the rest of the way.

After we pulled into our driveway, she sleepily made her way into the house and disappeared into her bedroom. She and I were both up by five o’clock Saturday morning so we could get some breakfast and get her to work on time. When I dropped her off at work, she was not in a good mood.

I went home and wrote homework papers for the doctoral degree on which I am working. I thought that I probably wasn’t enjoying my day any more than she was enjoying hers.

When I picked her up at two o’clock in the afternoon, I wondered what kind of mood she would be in. I assumed she would just come out, plop into the car, and fall fast asleep. But to my surprise, she was totally animated.

“Dad,” she said. “You won’t believe what happened. The minute I clocked in they assigned me to work at back-drive.”

“That’s the window that takes the money from people in the drive through. Then the people pull their cars to front drive where they pick up their order.”

“But I thought you hated drive through,” I said.

“I always have before,” she said. “But today was different. It started out bad. It was early in the morning, and it was almost always busy. And when it wasn’t, I had to wash dishes. But then something happened. A car came through, and the man paid for his meal while his son continued searching for coins. After they paid, they didn’t drive to the next window.”

“This is the fun part,” she replied. “He asked me how much the order was for the car behind them. I told him, and then he paid that bill. And it was more than his own.”

“Did he know the people in the next car?” I asked.

Heather shook her head. “I asked him, and he didn’t.”

“The one that touched me the most,” Heather said, “was the last chain. It had gone on for about five cars. Then, in the last car there was a mother with five children. The children were hungry, and the littlest ones were crying. When they pulled up to pay, the tired mother was frantically searching through her purse. She finally turned to me and apologized because she didn’t have the money. When I told her that the people in the car in front of her had already paid her bill, she started to cry, and she said she was so grateful.”

Heather was quiet for a moment, and then she said, “There’s nothing like seeing the goodness in people to make me feel happy.”

Sweet story....and I've learned the secret of how to pay for the person behind me ;-) !

There is always good people in the world. It come in the day that needed to uplift our sinking spirits.