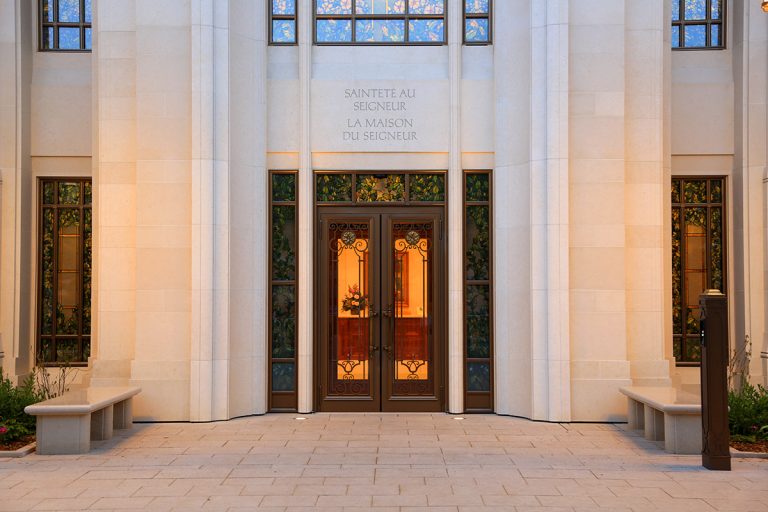 Meridian Magazine Publisher and Editor-in-Chief, Scot and Maurine Proctor, visited the Paris France Temple open house and spent a few days interviewing French Latter-day Saints, gathering their thoughts and their testimonies.  Here are the links to all of Meridian’s coverage on the Paris France Temple.  Remember, too, it’s easy to tell others about all these articles: Just say they are at latterdaysaintmag.com/paris and they’ll come to this page.

The Temple in Paris: Can You Hear the People Sing?

The French are used to being dazzled by a building. But there is something they are much less used to—a place that is dedicated to God, a temple that is truly His house. This is foreign.  Come and hear the thoughts and testimonies of French Latter-day Saints who have waited their whole lives for this temple.

What Members will See in the Paris Temple on Sunday

The public is invited to see the insides of a temple for only a few weeks, then, the temple is closed, thoroughly cleaned and finally dedicated by priesthood authority to become The House of the Lord.  Come and get a brief glimpse of the inside of the Paris France Temple.

Paris France Temple:  What We Do for Love

We are circling the Paris France Temple to capture some night photography. We stay just outside the fence watching for the shots that can show the radiant beauty. But something else captures our eyes, something that will linger with us just as long as the majesty of the temple.

In Secular France, What Did the Media Think of the Paris Temple?

“The difficulty in France is that nobody wants to follow an institutional religion. Religion is viewed with suspicion.” Other institutions want no connection with any kind of religion. That’s why the press’s coverage of the Paris France temple is such a surprising — even remarkable thing.

Why the Paris Temple was 40 Years in the Making

When the Paris France Temple is dedicated on May 21st, it will have marked forty years in the making—the same time as Moses and the Children of Israel wandered in the wilderness — and that is not lost on the French Latter-day Saints who have been hoping for a temple all of this time.

A New Landmark in Paris:  The House of the Lord (Photo Essay)

The Eiffel Tower may be the most visited monument in the world, but it is no longer the most significant building in Paris. This Sunday a temple will be dedicated there, and quietly become the most meaningful structure in all of France.

“Members of the Church in France have been looking forward to a temple to be built for years,” said Bishop Gérald Caussé, Presiding Bishop of The Church of Jesus Christ of Latter-day Saints, about the Church’s newly-completed Paris France Temple that will open later this month for free public tours. “It’s an answer to prayers,” he said.