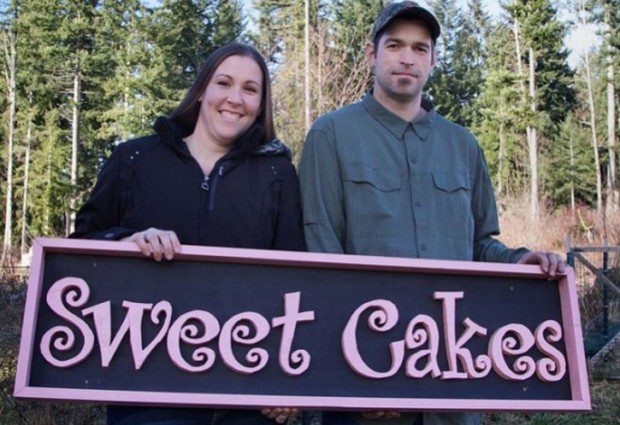 No wonder people like Cokie Roberts don’t think same-sex “marriage” has “tangible, identifiable victims.” The victims are being ordered not to talk about it! That’s the latest twist in the long and bitter suit against Aaron and Melissa Klein, the young Christian bakers who turned down a lesbian wedding cake order in Oregon — and have been paying for it ever since.

As prepared as the Kleins were to hear their $135,000 fine had been finalized, nothing could have prepared them for the Bureau of Labor’s second punishment: forced silence. Labor Commissioner Brad Avakian decided to put his own stamp on the punishment by ordering the parents of five “to cease and desist from publishing, circulating, issuing or displaying, or causing to be published… any communication to the effect that any of the accommodations… will be refused, withheld, or denied to…”

His order made the Kleins speechless all right — but not for long. Once the shock wore off, Aaron and Melissa made it quite clear that they wouldn’t stop speaking out about their case, no matter what the government threatened. “We will not give up this fight,” Aaron wrote on their Facebook page, “and we will not be silenced.”

As FRC has warned, if our freedom of religion can be trampled, the freedom of speech won’t be far behind. Aaron and Melissa’s attorney, Alliance Defending Freedom’s Anna Harmon was stunned. “Now he has ruled that the Kleins’ simple statement of personal resolve to be true to their faith is unlawful. This is a brazen attack on every American’s right to freely speak and imposes government orthodoxy on those who do not agree with government-sanctioned ideas.”

Although Avakian’s gay activism is no secret, his final ruling is profoundly vicious — accusing the Kleins, among other things, of devaluing “humanity for all of us.” When Aaron and Melissa explained that they couldn’t participate in a same-sex ceremony, “their act was much more than the denial of a product,” the commissioner claimed. “It was, and is, a denial of [the couple’s] freedom to participate equally. It is the epitome of being told there are places you cannot go, things you cannot do… or be. [The Kleins’] conduct was a clear and direct statement that [this couple] lacked an identity worth being recognized.”

Keep in mind that the state of Oregon didn’t allow same-sex “marriage” when the Kleins declined to make the cake. Avakian blamed the Kleins for inflicting more than 100 emotional and physical problems on the couple, including everything from “weight gain” and “distrust of men” to “feeling mentally raped.” As Fox News’s Todd Starnes said, that must have been quite a cake! If anyone has suffered personally, it’s the Kleins — who not only lost their business, but their sense of personal safety. While the plaintiffs said they “fear being harassed,” Aaron and Melissa actually were — with death threats, property damage, and now, a government gag order. “We were just running our business the best we could — following the Lord’s example,” Melissa told Todd. “I’m just blown away by the ruling.” So are most legal experts. An order of this magnitude is not only unprecedented, but unconstitutional.

As the smoke starts to clear from the Supreme Court’s marriage ruling, this story makes an important point: the Left’s goal is not, nor has it ever been, marriage. What every American should have seen at the Supreme Court was not a finish line, but the beginning of a fierce struggle for our basic freedoms. That’s why legislation like Senator Mike Lee’s First Amendment Defense Act is so urgent. We need to stop the federal government from doing what some states already are: punishing the rights of Christians in the name of “tolerance.”

Fortunately, this young, God-fearing couple have no intentions of going quietly. “This man has no power over me,” Aaron said. “He seems to think he can tell me to be quiet… Unfortunately, he’s doing this with the wrong Christian, because I fight back.” You can fight back too. Contact your congressman and senators and ask them to support FADA and people like Aaron and Melissa, whose only crime is exercising the freedoms America just celebrated.

The gay movement has never had marriage in its sights - but the rights they are trampling will some day come back to haunt them in ways they cannot foresee. What will it take for the public to wake up to what is happening and make a stand? Better now before the force of the adversary is stronger than the force for goodness.

we as a country must support the Klein's right to their opinion and faith and right to follow their beliefs. Even the gay and lesbian should support them as it is about EVERY person's rights. In this country, no one should be forced to accept something that goes against their conscience and the government cannot use its power to force people to accept things against their conscience. That is what our freedom is all about....taking money from this family of seven for their beliefs is just against everything we stand for.....there are a hundred other people who can bake a cake for a wedding without makig them an issue in this agenda