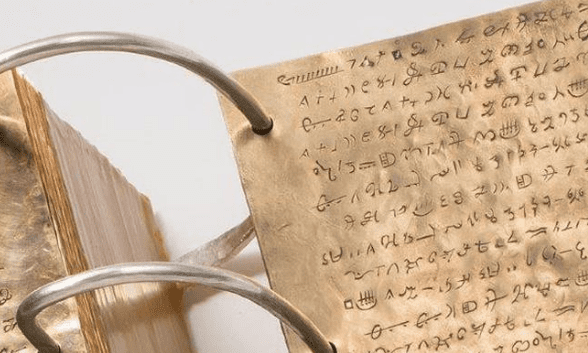 One Woman’s Personal Witness of the Book of Mormon Witnesses

The vast body of scholarship on the witnesses to the Book of Mormon paints a consistent story of real people who really saw something and, in spite of whatever problems or differences with Joseph Smith or others they may have later faced, never denied the reality of their witness. The scholarship on their lives also includes studies on many peripheral figures whose words add to our understanding of what the witnesses said. One such figure is Sally Parker. See Janiece L. Johnson , “‘The Scriptures Is a Fulfilling’: Sally Parker’s Weave,” BYU Studies, vol. 4, no. 2 (2005). This publication features a letter written by Sally Bradford Parker to her brother-in-law John Kempton on August 26, 1838. The young convert shares her experience in hearing the testimony of Hyrum Smith and also of Lucy Mack Smith. On page 1 of her letter (I’ll use the edited version with conventional spelling and grammar), she states:

And you said you wanted if we could send you something to comfort you, which I don’t know as I can. For I have not heard but one sermon since we have been in the place and that by Hyrum Smith. As he was moving to Missouri he tarried with us a little while. His discourse was beautiful. We were talking about the Book of Mormon, [of] which he is one of the witnesses. He said he had but two hands and two eyes. He said he had seen the plates with his eyes and handled them with his hands and he saw a breast plate and he told how it was made. It was fixed for the breast of a man with a hole in [the] stomach and two pieces upon each side with a hole through them to put in a string to tie it on, but that was not so good gold as the plates for that was pure. Why I write this is because they dispute the Book so much.

I lived by his Mother [Lucy Mack Smith, in Kirtland] and she was one of the finest of women, always helping those that stood in need. She told me the whole story. The plates were in the house and sometimes in the woods for eight months on account of people trying to get them. They had to hide them once. They hid them under the hearth. They took up the brick and put them in and put the brick back. The old lady told me this herself with tears in her eyes and they run down her cheeks too. She put her hand upon her stomach and said she, “O the peace of God that rested upon us all that time.” She said it was a heaven below. I asked her if she saw the plates. She said no, it was not for her to see them, but she hefted and handled them and I believed all she said for I lived by her eight months and she was one of the best of women. [emphasis added]

She testifies to the character of Lucy Mack Smith and observes that while she had not seen them directly, she had “hefted and handled them” (apparently while covered) and thus, of course, was a witness of their physical reality. Of Hyrum Smith, she heard him directly describe what he had seen. He made it unmistakeable that it was with his real eyes that he saw and his real hands that he handled the plates. These accounts are numerous, consistent, and granular. The witnesses were genuine witnesses and the plates were real. In my opinion, that’s the most logical conclusion that can be made in light of their statements and their behavior.

That’s the first time I remember it being said that the breastplate was made of a gold amalgam. It definitely then was only a ceremonial item, similar to what was worn by ancient Israelite high priests.