On the Eighth Day of Quarantine: Light-Hearted Ministering in Stressful Times | Meridian Magazine 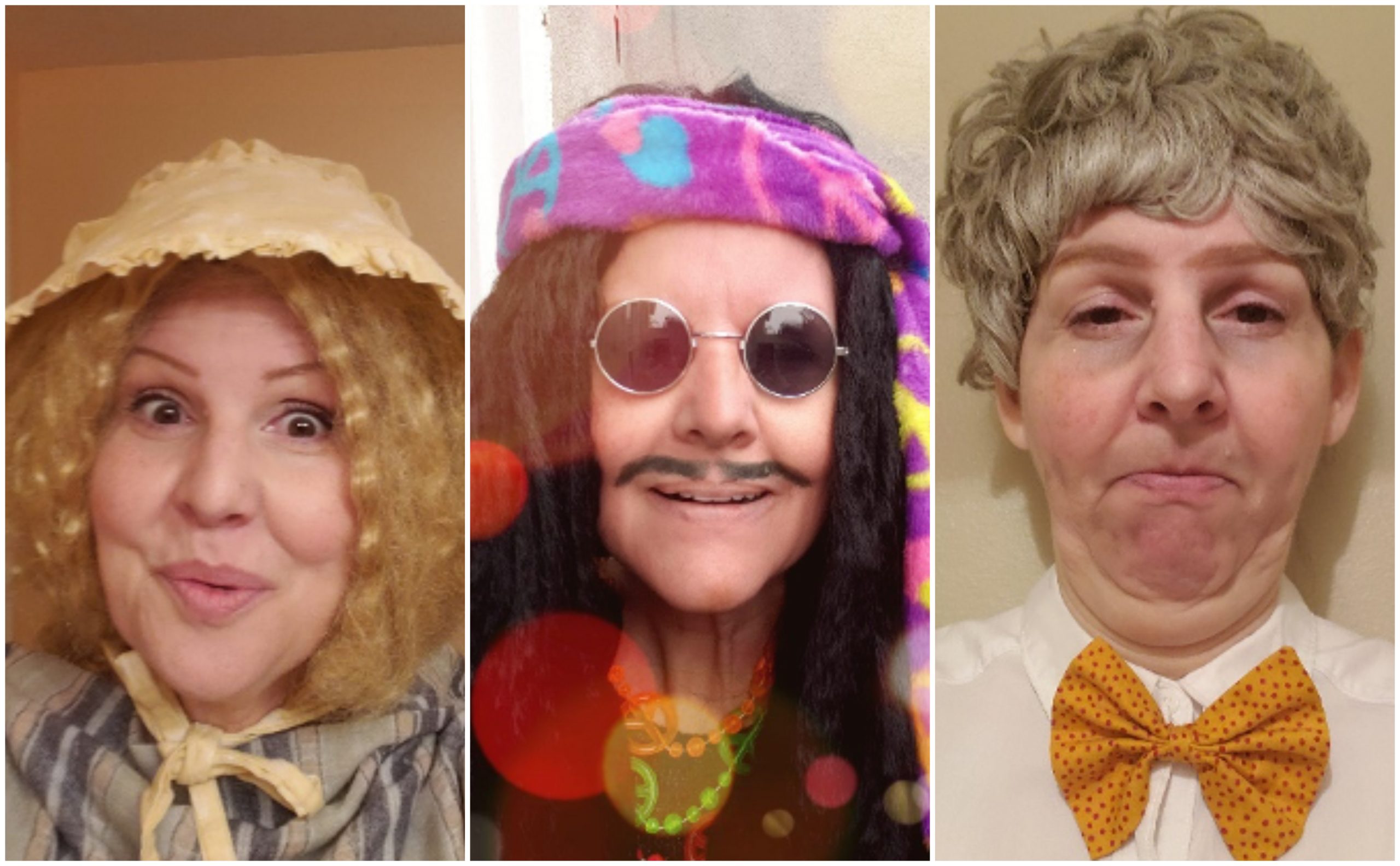 On the Eighth Day of Quarantine: Light-Hearted Ministering in Stressful Times

The first week of self-quarantine was not bad. I had so much to be thankful for, having narrowly escaped being stranded overseas after a U.S. travel ban had been issued. (see https://latterdaysaintmag.com/in-the-time-of-the-virus-the-parting-of-my-personal-red-sea/ ) Though I was of necessity living on a different floor of the house than my husband Brad, the excellent bed in the guest room was at least as comfy as the one in our master bedroom. I had a large bathroom, my office, a kitchenette, two pianos, and a spacious family room all to myself. My husband had thoughtfully stocked my refrigerator, and even left a stash of chocolate in the guest room to greet me when I arrived exhausted from the airport. I was all set.

For the first several days, the novelty of my situation kept things interesting. But even for a loner such as I, the isolation soon began to wear on me. Having conversations with Brad from opposite ends of the staircase got old quickly. I was craving my grandbabies, and I was hungry for hugs. As the second week of my self-quarantine began, I tried to shake off the strange gloom that was settling over me. I was concerned for my mother who was living alone and considered high risk for the Coronavirus, for my oldest daughter who was caring for her two toddlers while in the first trimester of a pregnancy and very sick, and for another daughter who lived in a condo alone and was scrambling to figure out how to teach her first grade students online. How could I minister to them?

On the eighth day of quarantine, I stood in our storage room attempting to be productive by doing an inventory of our food storage, determining what supplies we might need during this Covid-19 shut down. Later, as I was leaving the room, I noticed the large blue plastic tub which has served as the family dress up box for many years. The sight of this box sparked a tiny idea. What if I dressed up each day in a silly costume and took a selfie that I could share with my family? It was nothing earthshaking (like the earthquake we’d had the previous week!) but at least it might give someone a laugh during this stressful, uncertain time.

I gave almost no thought to the first costume–just grabbed the frizzy golden wig from the top of the pile, along with a bonnet from some long-ago pioneer trek. I then donned both the wig and the bonnet and wrapped a scarf around my shoulders. Voila! I grabbed my phone, smirked at the camera, and took a selfie, sending the photo to my husband and children. Later, after chatting with my mother by phone and sensing her boredom, I decided to send the picture to her, and to my brothers as well. Dress up box photo #1:

My mother called almost immediately to thank me for giving her something to smile about. The next morning, I was rather eager to get back to the dress up box. Pulling out an ancient gray wig and ridiculous bow tie, I added a white dress shirt, and painted some dark shadows under my eyes. By puffing out my cheeks and distorting my face I became:

This time more of my family texted back, which added to the fun. One daughter thought I looked like Adam Berg from Studio C, one son said I looked like politician Mitch McConnell. Mom begged me to post the pictures on Facebook, but I couldn’t quite bring myself to do it.

Reaching into the dress up box on Thursday produced hippie glasses and a headband, so I combined them with a black wig and beads. I am a child of the sixties after all:

By this time, I realized that this silly dress up business was actually good for my mental health. The gloom had lifted, and I looked forward to rummaging through the costumes and cheap wigs for ideas. Friday morning, I unearthed a tacky jeweled crown, robbed the grandbuddies’ toybox of its little star-tipped wand, and donned the fancy 1700’s costume I bought at a thrift store years ago. Combining it all with a blonde wig, I transformed into:

My mother and youngest brother firmly insisted that I share the photos on social media. Mom even said that if there was any way I could bring a smile to people who were stressed in these strange times it was my duty to do so. How could I argue with that? I began posting the pictures on my Facebook page, one per day, and was surprised at the positive response. It was evident that people needed a laugh–just a small moment in their day to forget the social distancing, the masks, the endless handwashing.

The next photo was inspired by an elderly can of SPAM which I found tucked in a dark corner of the storage room. I was horrified to see the 2011 expiration date, but somehow, just holding the can created an image in my mind of an eager do-gooder sharing a basket of Covid-19-ish goodies with a neighbor:

After seeing the photos on Facebook, my cousin Tim joked: “Please let there be a hairy Ishmaelite costume!” I couldn’t get that phrase out of my head. The next day on my way to the dress up box, I nearly tripped over a round brass-work lantern in the storage room. It has always reminded me of an over-sized Liahona. (No, it didn’t appear there miraculously overnight–we’ve had it for years.) Pulling tangled black dreadlocks out of the box, I knew I could give Tim, not a hairy Ishmaelite, but a hairy Israelite:

“Why won’t this thing work?!” After tying up Nephi, Laman tries to read the writing on the Liahona

My self-quarantine was nearly over. Finishing a weeks’ worth of dress ups, I was inspired by an old fake fur coat we inherited, and by all the toilet paper hoarding of recent times. I nearly sprained my face to get the right expression:

After I posted this picture, the Facebook reply of my sister-in-law, Vicki, surprised me. “If anyone asks if you ministered to those around you, you can give a big, resounding YES!!” I thought about her words for a long time. Could posting pictures of myself in silly costumes be considered ministering? I hadn’t thought so, but it was consistent with what my mom had said about it being our duty to help people smile during hard times if we have a way to do it.

Why do I share these quirky photos from my week of quarantine dress up? Well, if they make you smile–even for a moment–it’s worth it. But if they inspire you to come up with your own ways of bringing smiles to the people in your life–that’s even better. “A merry heart doeth good like a medicine…” (Proverbs 17:22)

Love your thinking outside the box... or rather, inside the costume box. Anyone would be lucky to have you as their ministering sister or friend or family!!!!

Thank you for this fun article. It made my day. I may try doing that too!