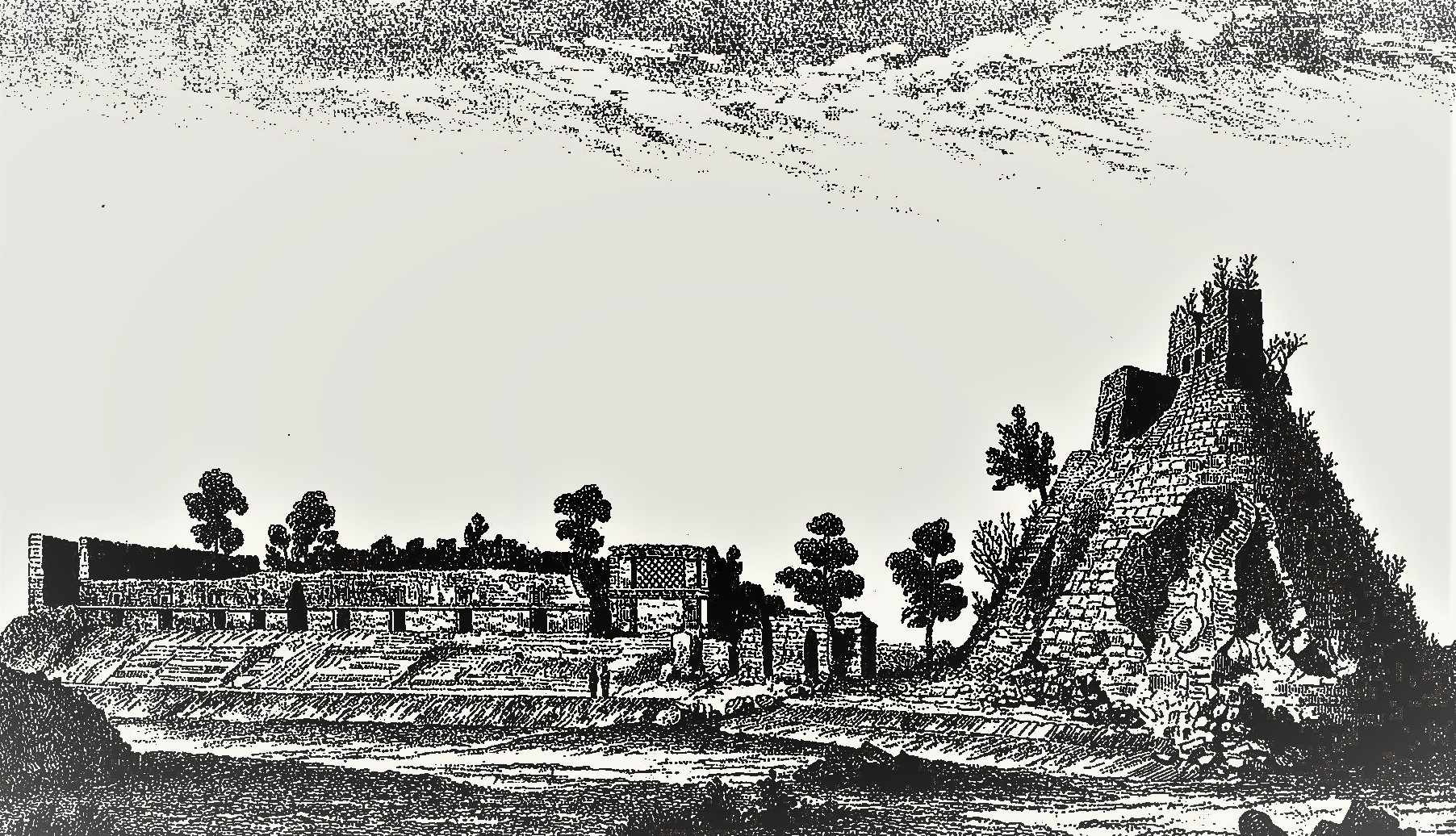 “Obtain knowledge of countries and kingdoms.”

Ancient Migrations from Central America to North and South America

Many discoveries of antiquities throughout the Americas relating to the Middle East bring to mind a Biblical statement in Deuteronomy 28:64: “And the Lord shall scatter thee [Israelites] among all people, from the one end of the earth even unto the other.” This helps us realize that there were more than three migrations (Jaredite, Mulekite, Lehite) by ancient people from the Middle East to the Americas. Also, ancient Central American people traveled outside their principle cities and concourses, such as in the first century BC at the time of Hagoth’s shipping, as well as migrations on land to regions north and south (Alma 63: 4-9; Helaman 3: 3-14), taking with them the Maya Calendar and cubit measuring rods to measure art and architecture throughout the Americas (Norman: 2018 [4] 2015 [19]). [4] Ancient Migrations from Central America to all Americas.

A pioneering explorer in Central America was John Lloyd Stephens, born in 1805, the same year the prophet Joseph Smith, Jr. was born. Stephens was born in New Jersey, just southeast of New York, Joseph Smith was born in Vermont, just northeast east of New York. Both were tutored in New York, Stephens at Columbia College in New York, Joseph Smith in Palmyra, New York where he was taught by his Heavenly Father and Savior, Jesus Christ, and numerous visitations from resurrected beings. Joseph studied the Bible diligently, and had scribes write as he translated words from gold plates of ancient American people—known as the Book of Mormon. Joseph wondered who the people were that he learned of in this Testament of Jesus Christ. Steadily he became an avid reader of history, politics, novels, and poets as well as studying foreign languages, primarily Hebrew and German. During 1839-1842, as the Saints were establishing the city of Nauvoo, the Prophet Joseph Smith led his people in business, church administration, temple building, and as newspaper editor. [11]

John Lloyd Stephens practiced law until in 1834, when he traveled abroad to explore Europe, the Middle East, and Mediterranean countries. He wrote his own publications, including Incidents of Travel in Egypt, Arabia, Petraea, and the Holy Land (1835) [3] which was extremely popular. He explored the lands of the Bible, whereas Joseph studied the Bible diligently! When Stephens returned to the USA, in 1839, as a newly appointed United States Diplomat to Central America, he and his artist colleague, Frederick Catherwood combined government duties with exploration of ‘nearly three thousand miles in the interior of Central, America, Chiapas, and Yucatan,” traveling to some 50 ruined cities, making comparisons of Old World and New World antiquities.

He saw in Central America “plausible religious motivation in the monumental art and architecture in ruins choked by jungle growth”. [4] He stated: “With an interest perhaps stronger than we had ever felt in wandering among the ruins of Egypt, we followed our guide, who . . . conducted us through the thick forest, among half-buried fragments, to fourteen monuments of the same character and appearance, some with more elegant designs, and some in workmanship equal to the finest monuments of the Egyptians” [5] Stephens wondered who the people were who built the pyramids and antiquities of Central America. That knowledge was even lost among the dwellers of the ruins. [6] Frederick Catherwood’s drawings and lithographs (see below) show, without question, the Maya to have been the authors of some of the most artistic and intellectual works of pre-Columbian America.

Just 11 years after the Book of Mormon was published in New York, Stephens published his personal writings in the accounts of his travels in Central America in two volumes in Incidents of Travel in Central America, Chiapas and Yucatan (1841 Harper & Brothers, New York). Through his explorations and writings, Stephens was recognized as the founder of American Archaeology.

In 1839, in Nauvoo, Illinois, the leaders of the Church began publishing the Times and Seasons periodical (the same year that John Lloyd Stevens began his explorations in Mesoamerica). Its motto, “Truth will prevail,” expressed a goal to promote truth, and correct falsehoods, and was the main organ for publishing truths pertaining to the restored gospel to the Church members and the world. Many of the Prophets revelations, and his Book of Abraham translation, for instance, appeared in print for the first time in the Times and Seasons. In the spring of 1842 (May 11), in consequence of too many errors appearing in print, the Prophet Joseph Smith took over the editorship and announced his personal responsibility for the contents of the paper. During the next six months he endeavored to raise the paper’s standard of excellence (May-Nov. 1842). One of the distinctive features of Joseph’s six-month editorial career was the attention given to antiquities as they might relate to the Book of Mormon. In the November 15, 1842 edition, he announced that Elder John Taylor should be the Editor to maintain the high quality of excellence that had developed.  [11]

Stephens’ Incidents of Travel (1841) taken to the Prophet Joseph Smith

Bishop John Bernhisel, in New York, had Wilford Woodruff, who was on his way home to Nauvoo from his mission in England, take copies of Stephens’ 1841 Volumes I & II to Joseph Smith in Nauvoo. After reading about and seeing the exquisite drawings by Frederick Catherwood of the magnificent ruins of Central American pyramids and stone monuments with hieroglyphic writings on them, Joseph had a new “vision” opened to him of the remains of large civilizations that fit the descriptions of the people in the Book of Mormon who had come to the Americas anciently from the Middle East.

The Prophet Joseph recorded in his personal journal the importance of these discoveries for the Book of Mormon.[12] In the Nauvoo Times and Seasons Editorial of Oct. 1, 1842, titled “Zarahemla”, Joseph compared the ruins of Quirigua, Guatemala from Stephens’ writings, and stated: “The city of Zarahemla, burnt at the crucifixion of the Savior and rebuilt afterwards, stood upon this land.”[13] A year later, John Taylor wrote a similar editorial expounding the importance of Stephens’ books in the Times and Seasons. [14] Taylor also marveled that these magnificent ruins came to light so soon after the Book of Mormon was published in 1830, when there was no knowledge of American Archaeology and Geography to sustain it.

American Archaeology places the beginning of this science with Stephens’ discoveries. It can also be viewed as the birth of Book of Mormon Archaeology. The lives of John Lloyd Stephens and Joseph Smith, who never met, paralleled each other in many ways. Consider the following:

On August 24, 2019, President Russell M. Nelson arrived in Guatemala City to speak to the Latter-day Saints in “The Land of Eternal Spring.” Upon arrival he said “his thoughts were with the ancient civilizations whose ruins still define this nation.  The lands of Central America and South America are studded with ruins—remnants—of ancient civilizations. . . .One wonders what life must have been like among those people. . . .Add to that the message on the title page of the Book of Mormon, that it is ‘written to the Lamanites, who are a remnant of the house of Israel,’ [and] we . . . learn more about those ancient inhabitants.”[15]

When President Gordon B. Hinckley dedicated the Guatemala City Temple in December, 1984, he observed that “three fourths of the people in attendance were descendants of father Lehi.” [16]

Apostle Dieter F. Uchtdorf dedicated the Quetzaltenango, Guatemala Temple on Dec. 11, 2011. In the dedicatory prayer he stated: “Thou kind and gracious Father, our hearts are filled with gratitude for Thy remembrance of the sons and daughters of Lehi. Thou hast heard their cries and seen their tears. Thou hast accepted their righteous sacrifices.” [17]

Exciting archaeological discoveries are continually coming forth that bear witness to the world of the authenticity of the Book of Mormon. Stephens’ 1841 (11 years after the Book of Mormon publication) publications opened the door to the vast antiquities of Central America where Joseph Smith directed us to search and study. In 1847 (17 years after the Book of Mormon publication), seaman Lieutenant Matthew Fontaine Maury studied and began publishing “wind and current charts” of the Atlantic, Pacific and Indian Oceans. In 1855, Maury’s The Physical Geography of the Sea became the first standard oceanography text showing ocean currents that propelled ancient and modern vessels on “natural paths” across the seas. [18]

One hundred years after Stephens’ publications on Central America, the Smithsonian Institute’s Matthew Stirling (Director of the Bureau of American Ethology, and associate of the National Geographic Society) visited the ancient site of Izapa, Southern Mexico in 1941, where he photographed the “Tree of Life” monument from the right side. [19] In the 1960’s the New World Archaeological Foundation (NWAF) began archaeological excavations at the Izapa Temple Center. Many other American institutions began serious archaeology reconnaissance throughout Central America discovering ancient cities, pyramids, and monuments. Today, LiDar imaging from airplanes shows even greater antiquities (covered in jungle growth) in Central America: massive cities, roads, fortifications, animal corals, and pyramids in Guatemala and Mexico—to be shared in future articles.

[6] Unfortunately, because of the many wars, and massive movements within Central America, most written records of the ancient inhabitants were destroyed. Yet stone pyramids and stone   monuments with hieroglyphic writing on them, art and architecture remain today.

We have heard often “There are no coincidences “. As we have been shone here the Lord has placed another great and learned individual in the right place in Joseph’s time to offer us a witness of the truthfulness of the Book of Mormon. Brother Norman obviously has a wealth of information from his life long research and devoted studies of the Book of Mormon civilizations. I love that the latter day prophets also feel inspired to recognize who these people are in the land of their inheritance. Brother Norman, please tell us more.