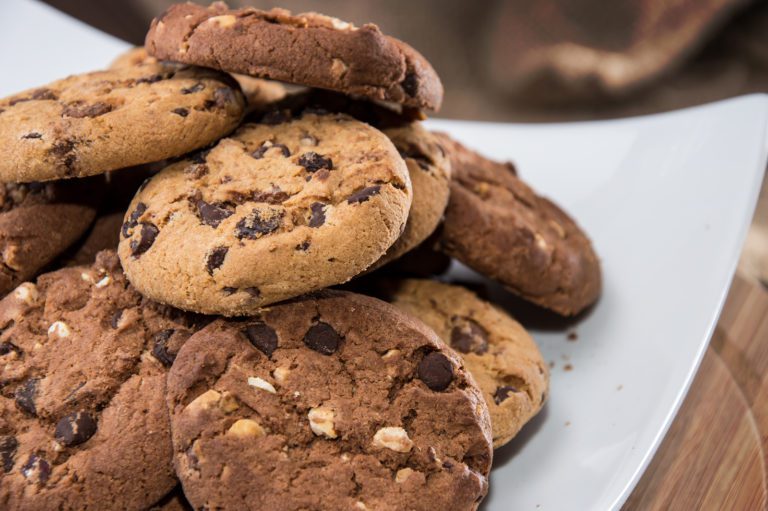 There is a famous study in psychology where young children were put in a room with a cookie and told if they wait to eat the cookie they would get a bigger reward later. The study found that the children who waited were more successful in life, and the children who could not postpone their gratification achieved less success. (Sanford marshmallow experiment, 1960-1970)

In recent years, I have noticed more and more teenagers possess an inability to postpone gratification, similar to the cookie-eaters.

Not long ago I was working with a young lady who had come to counseling at her parents’ insistence. She had a boyfriend with whom she was contemplating a sexual relationship. She candidly shared with me her dilemma:

“I don’t know why we should wait,” she exclaimed confidently. “We’ll use a condom; there are no negative consequences.”

I shared with her a number of consequences that she would experience in the future, if she partook in the present:

-increased hurt and loss when the relationship ends

-decreased ability to bond in a marital relationship

-not to mention the loss of the spirit to guide her life, and the toll such behavior would take on her testimony.

She responded with a cavalier, “I’ll cross that bridge when I come to it.” It reminded me of Alma’s chastisement to those who believe we can “eat drink and be merry for tomorrow we die.”

Many of the rules we impose on our teens have consequences that will not manifest themselves until a future date. If they don’t attend seminary they won’t get into a church school four years later. If they don’t keep themselves worthy, they won’t be able to go on a mission once they graduate. If they go steady when they are in high school, they will ultimately break up. If they partake of illegal drugs, they will eventually get caught. If they drink alcohol, they will develop an addiction. If you spend all your money now, you won’t be able to afford a down payment on a house some day.

Adolescence is typically a time of life where “This will never happen to me,” is a common attitude. It is a characteristic of adolescents to be risk takers, to try new things without fear of the consequences. Risk-taking is a necessary quality to possess if they are to muster the courage to leave their home and go out on their own. However, teens must balance their risks, with an acceptance of the consequences.

Adults frequently act like teenagers in their refusal to consider the consequences of their actions. The recent housing crisis occurred, in large part, because so many wanted to indulge in homes they could not afford. People took no thought for the future, and placed themselves in debt so great they could not emerge from it. (Albeit this was encouraged by the financial industry.)

The current crisis in the European Union wherein Greece has outspent their borrowing power, and Germany is demanding reconciliation is reflective of the “play now pay later” attitude. However, when it comes time to pay the debt, the players are unable to do so.

Examples of such of irresponsibility abound: those who party with the fraternities while in college, never considering the possibility of becoming an alcoholic; those who indulge in gateway drugs, never considering that they may become addicted to far more dangerous substances; those who spend every paycheck the day it arrives, saving nothing for a rainy day.

Why We Take No Thought For Tomorrow

Our denial of the future may rightly be blamed on our experience. Too often we get bailed out of a dilemma rather than being forced to face the consequences. A child is told he can’t have dessert unless he eats his entire dinner. He refuses to eat his dinner and is given dessert anyway. A child is told he can’t go out to play until he cleans his room, and half way through the cleaning the parent grows tired of arguing and lets the child go play anyway. A child doesn’t complete his homework, and a parent argues with the teacher about his grade. We are told we must pay a certain balloon payment, and instead the bank re-finances the loan. Years ago when we were largely an agrarian society, we had a work ethic: if we didn’t plant the corn we didn’t eat. Now if we don’t plant the corn, the government will feed us.

When we change the rules, or are inconsistent in our enforcement of rules, people learn not to respect the rules. They don’t trust consequences. They don’t believe in consequences. Therefore, they see no reason to practice austerity in the present, because they don’t believe payment will ever be demanded in the future. They believe someone will always come bail them out. And in this mortal life, that often occurs.

It is extremely difficult to convince someone that living the gospel is a blessing if they don’t have faith in the consequences of their behavior. So much of what we believe as Latter-day Saints rests on what happens in the future, even in the eternities.

The recent lesson from The Teachings of Ezra Taft Benson President Benson reminds us that the consequences of our choices rest largely in the future:

-[People] have freedom to choose, while reserving for Him a basis for their final judgment.

-Life is a testing time

-On those choices hang great consequences, not only in this life, but, even more important, in the life to come.

-While a man may take some temporary pleasure in sin, the end result is unhappiness.

-Agency has been given to all of us to make important decisions that will have bearing on our salvation.

-Those decisions affect our happiness in eternity.

Notice that virtually all of President Benson’s arguments rest on the fact that we believe in a day of reckoning, that we have faith in a future. Those who are indulging in the “here and now” don’t want to consider the future. However, if we allow our children, and our teens to experience natural consequences in this life, without bailing them out, they will be more apt to believe that there are consequences in the next.

In response to ktn: Are teenage brains still developing, obviously. But your argument has very little merit because you do not specify which parts of brain are still developing, and you cannot say how that part of the brain affects attitudes and decisions, if at all. There is absolutely no scientific evidence to say that teenage brains are unable to make decisions based on future consequences. In fact, scientific evidence supports the opposite, and states that teenage minds ARE capable of making decisions based off of future consequences. Instead of justifying poor teenage behavior and poor decisions by saying it is not their fault because teenage minds are just not mature, let's empower them. Let's empower them with the knowledge that they are capable, and responsible, and smart enough to make decisions with the future in mind. While we are at it, let's get after parents to let their kids experience natural consequences of their behavior. A little more if that will go a long way.

Well, yes, of course. But what I hoped you would mention and you didn't, is that teenage brains are still in the process of developing the ability to think long-term (and like everything else, some will develop that ability earlier than others). We used to think of teenagers as virtually adult, just influenced by those "raging hormones". Turns out that is not the case. It is less hormones than brain maturity--and the brain is not fully mature until the mid-20s. So yes--teach your children (and young adults) to understand consequences, but don't be surprised when it takes until they are 23 or 26 before it seems to really sink in. Teens choose now because that's the way their brains are, not necessarily because their parents are not enforcing consequences well enough.