No, You Aren’t Stuck in a Bad Marriage | Meridian Magazine 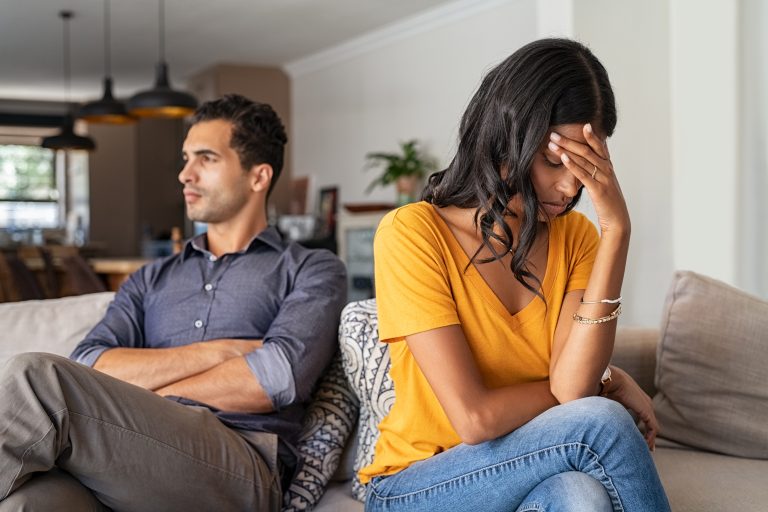 No, You Aren’t Stuck in a Bad Marriage

The following was contributed by Melissa Rappleye.

Andrea sat on an unopened box in her new living room and asked herself, “Was it worth it?” When Andrea started the divorce process a year ago, she thought she’d have a better life. Andrea first pondered divorce when Jeff and her had argued again about their finances. She was tired of Jeff not talking about his big purchases. That ignited his anger at her for being controlling. Andrea then accused Jeff of always being on his phone. He pointed out her flaws and the verbal wrestling match would go on and on.

As soon as Andrea allowed the thought of divorce take root, it started sprouting. Quickly, Jeff’s small flaws became monumental. She noticed his snoring at night, the ugly hoodie he always wore, and how much time they spent with his family. She kept a mental tally of who put the kids to bed, who emptied the dishwasher, and who left clothes on the floor. While Jeff’s flaws swelled, Andrea’s identity as a victim continued to grow. She noted how much she put into their relationship, the years she’d sacrificed, and even men she had passed up. She’d convinced herself that she was a martyr and sacrificing her happiness… and she was done.  She finally thought, “I didn’t sign up for this.”

Andrea had thought about the children and how divorce might affect them, but told herself the kids would be fine, because it wasn’t healthy for children to witness their parents fight. Also, children are resilient and would bounce back. She and Jeff would be careful, they wouldn’t divorce, they’d simply ‘uncouple’. They would only end the marriage, not the family.

After a year’s worth of paperwork and lawyers battling, Andrea and Jeff were finally divorced. They were also wounded financially, had large legal fees, and were emotionally drained and scarred. Andrea thought she wouldn’t have to deal with Jeff after getting divorced, but the contention between them actually increased. Even though they only speak a couple times a week, they usually fight when they do. Although their divorce freed Andrea from dealing with a husband glued to his phone, she now struggles with an ex who drops the kids off late. She doesn’t fight with a husband who’s not doing his share of housework, because there is no one to split the work with.

Sadly, these types of divorce are all too common. The Couple and Family Psychology Journal published research on the reasons for divorce. When couples agreed on the reason, the top three excuses were 70.6% lack of commitment, 53.8% too much conflict and arguing, and 50% financial problems (Couple and Family Psychology 2013). These are common issues which are both preventable and solvable. They should not be justifications to break families, children, and society, because divorce damages it all. Andrea and Jeff, like other couples before them, realized this truth too late.

The harsh reality of ‘freedom’ finally confronted Andrea and the reality of divorce couldn’t be ignored. Her ideals of uncoupling from Jeff were a farce, because no matter how stable Andrea and Jeff tried to be, their actions caused reactions throughout the family’s lives. The children bounced between parent’s apartments instead of their comfortable house. Their friendly neighborhood was gone and replaced with midtown buildings. The children had enjoyed friends after school, but now attend after-school daycare. They don’t even get their monthly sleepovers with Jeff’s parents, because Andrea doesn’t appreciate the grandmother’s criticism of her. Over time, more and more aftershocks would continue to hit Andrea, Jeff, the children, the grandparents, and other family members and friends.

Society, like Andrea, needs to abandon the false belief that most marriages are doomed to fail. No marriage is doomed to fail, simply certain characteristics in families and individuals can make marriage harder or easier. All marriages have the potential to be functioning and happier, but it takes work. Dr. Linda Waite at University of Chicago conducted a nationwide survey and reported that 80% of people who rated their marriage “unhappy” changed their opinion five years later, declaring their marriage “happier”. In rare cases where couples actually ranked their marriage as “miserable”, 77% five years later, those couples declared their marriage “very happy” (Waite, 2016). Happy marriages will have hard times and hard marriages will produce happy times. Individuals in bad marriages are not stuck there, just like caterpillars aren’t stuck in their cocoons. Marriages evolve and grow for good or for bad, it all depends how you cultivate the relationship, deal with conflict, and adapt to changes in the marriage.

The research firmly shows unhappy unions typically become happy and divorces usually bring pain; this is the reality couples need to understand. Stop daydreaming about the grass being greener on the other side, because it is not. Divorce brings lawyers, pain, depression, years of financial struggles, pain to your family, and unsuccessful future relationships (Banschick 2012). Instead put energy into repairing your marriage. Adopt habits that will strengthen your relationship, read books about marriage, and see a counselor when struggles come. Most importantly, for those experiencing hard times now, remember you aren’t stuck because happiness is possible.

Author’s Note: Not every divorce harms children or creates more pain. When divorce is used as a way to escape physical abuse or a habitual cheater, then divorce can help those seeking safety, but these helpful divorces constitute a small percentage of the divorce in the U.S.

Additional resources to help you make a difference:

Author Biography: Melissa Rappleye was born and raised on the Alaskan frontier. She grew up the youngest in a large family of 8. She studied at BYU-I in Marriage and Family Studies. Melissa enjoys many fields in the Family Science field, but takes special interest in divorce, family theories, gender dysphoria, counseling, and family policies. She currently helps lead the Children and Family Advocacy Society. Her proudest accomplishments though is her marriage and two children.