No Such Thing as Friends With Benefits | Meridian Magazine 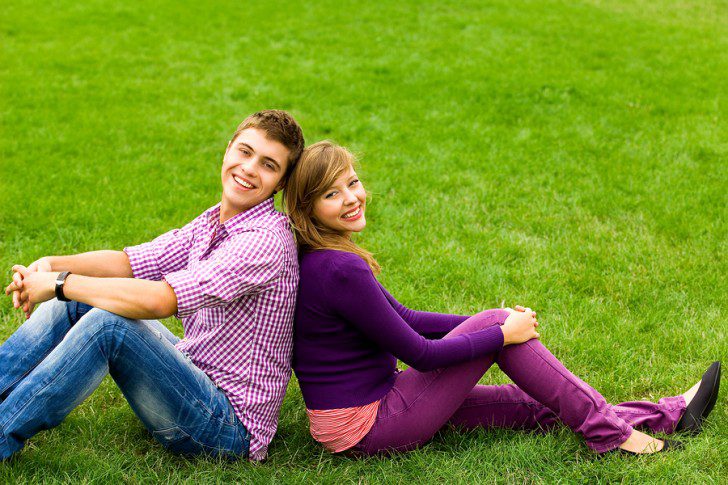 No Such Thing as Friends With Benefits

While traveling recently I spotted a billboard on the side of the highway.  A bank was bragging, “We’re your friend… with benefits.”   I almost crashed the car.  Did that bank think they would actually attract customers with such a slogan?  Why would I wanted to be used, exploited for their benefit, deceived, and ultimately abandoned?  That’s a bank I would walk on the other side of the street to avoid.

Clearly the slogan “friends with benefits” was copied from Satan’s campaign to encourage sexual relationships outside of the bounds of a heaven-sanctioned marriage.  The premise is of such dogma is the following: we all want sex, but it’s so much work to be in a relationship, how can we get sex without the hassle of a real relationship?

Voila, the concept of mutual exploitation was born.  As opposed to mutually beneficial relationships, wherein “I’ll scratch your back if you scratch mine,” a mutually exploitive relationship is one wherein, “I’ll whip your back and you can whip mine.”  Using one another for sex might seem beneficial, but it is deeply destructive, destroying the self-esteem of each participant in a two-fold manner.

Exploitative sex destroys self-esteem in the first place because someone is treating you like an object, like you have no feelings, like you are a “piece of meat.”  That’s de-humanizing and degrading.  Self-esteem is destroyed in the second place because you are treating someone else like they don’t matter, like they are a piece of meat, with no feelings.  You can’t treat someone else poorly and feel good about yourself.  Anyone with a conscience will feel guilty.

Abusing the Title of “Friend”

In order to convince his victims that trading sexual favors is a bargain, Satan seized the honorable title, “friend.”  However, nothing about a “friends with benefits” relationship even resembles true friendship.  True friends care about one another’s welfare, not just their own.  True friends enter a relationship, not merely because of what they can get, but because of what they give. True friends want the best for one another.  They would cringe to see their friend being taken advantage of.  True friends grieve when their friend gets duped.  If your friend became convinced it was wise to invest all his money in a pyramid scheme, and subsequently lost all his money, wouldn’t you feel bad for him?

In fact, it’s far worse when a so-called friend is willing to exploit you than when an enemy does the same.  You expect an enemy to take advantage of you, but not a friend.  It doesn’t matter that you gave him permission and that he did it with your full knowledge.  He has still taken advantage of you and that makes you question friendship altogether.

A slick-talking man may flatter a young woman, spend time with her, call her a friend, and even confide in her (which really convinces a young lady they are true friends.)  He tells her he doesn’t want a relationship (at least he’s honest about that).  He warns her not to get her hopes up and that they will not last.  But she can’t help caring for him because oxytocin (the bonding hormone) kicks in, whether she wants it to or not.  She convinces herself that she can change his mind, that if she continues to be sexual with him, he will eventually capitulate and commit.  In the end, he is just what he said he was, like the rattle snake that bit the little boy, “I told you who I was when you picked me up.”

In addition to convincing us that mutual exploitation is really mutual gratification, another deception purported by the “friends with benefit” campaign is the illusion that you can get something for nothing.  People get lured into for the “something for nothing” trap all the time.  They think they won a “free vacation” but in reality they have to sacrifice half-a-day of their life for a sales presentation.

The illusion that you can get “free” sex without giving anything positive in return is fantasy.  The privilege of sex comes with the responsibility of a committed relationship (marriage).  Those who try it any other way end up hating themselves, the other person or both.  I’d like to assert that this is true 100% of the time, but since I haven’t completed a scientific study, I can only attest that, in twenty years of counseling, it has been true for every one of my clients that has tried it.  Grown ups recognize that getting something for nothing is sleazy; it’s cheating, and it’s greedy.

Back in the sixties Satan tried another approach to get people to engage in sexual relationships without commitment.  I believe he called it “free love” (another example of the usurpation of a word’s true meaning).  It didn’t work back then, and it doesn’t work now.  Nothing in life is free.

Marriages involve sacrifice, generosity, kindness and forgiveness.  That’s a lot to give for the privilege of sexual intimacy, but it makes the intimacy far more fulfilling and much longer lasting.

JeaNette Goates Smith is the author of Unsteady: What Every Parent Absolutely  Must Know About Teenage Romance, and Unsteady Dating:  Resisting the Rush to Romance. Both books are available at www.amazon.com.