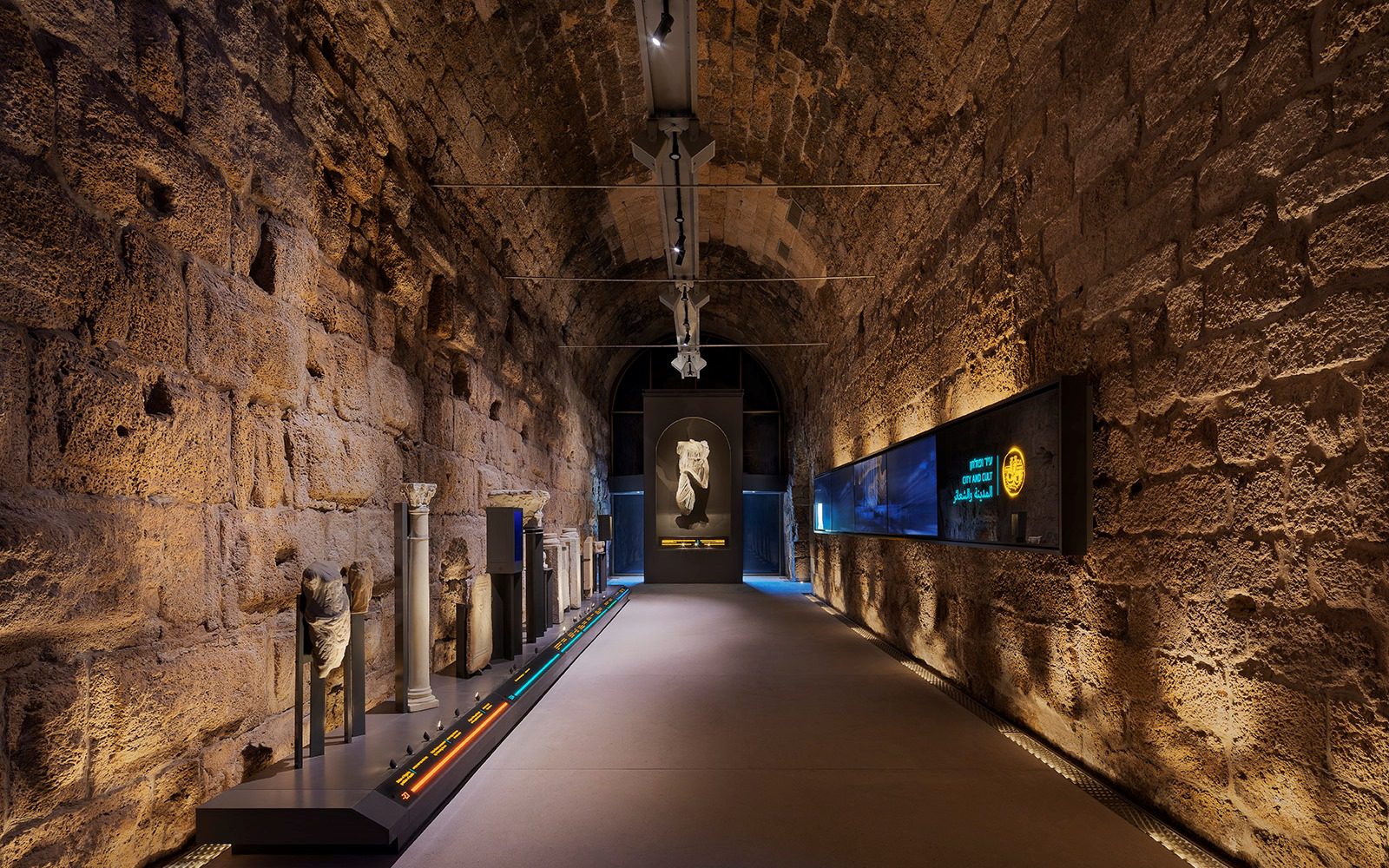 New Discoveries Made at Ancient Site Constructed by King Herod

You’d think that there’d be no surprises left in a well-trodden archaeological site like Caesarea Port, one of Israel’s most-beloved national parks. Luckily, you’d be wrong.

Extensive renovations at the ancient coastal city that were recently completed not only unearthed new archaeological finds dating back some 2,000 years, but also reconstructed huge underground vaults that serve as the site’s new visitors’ center.

The finds were revealed at the opening ceremony of Caesarea Harbor Visitors Center, which took place on May 29, in the presence of Israeli President Reuven Rivlin and Baroness Ariane de Rothschild, whose Edmond de Rothschild Foundation contributed some $40 million to the extensive, five-year-long renovation.

The port’s vaults were originally constructed by King Herod (74 BCE-4 CE), the king of Judea and founder of the Herodian dynasty, a vassal of the Roman Empire.