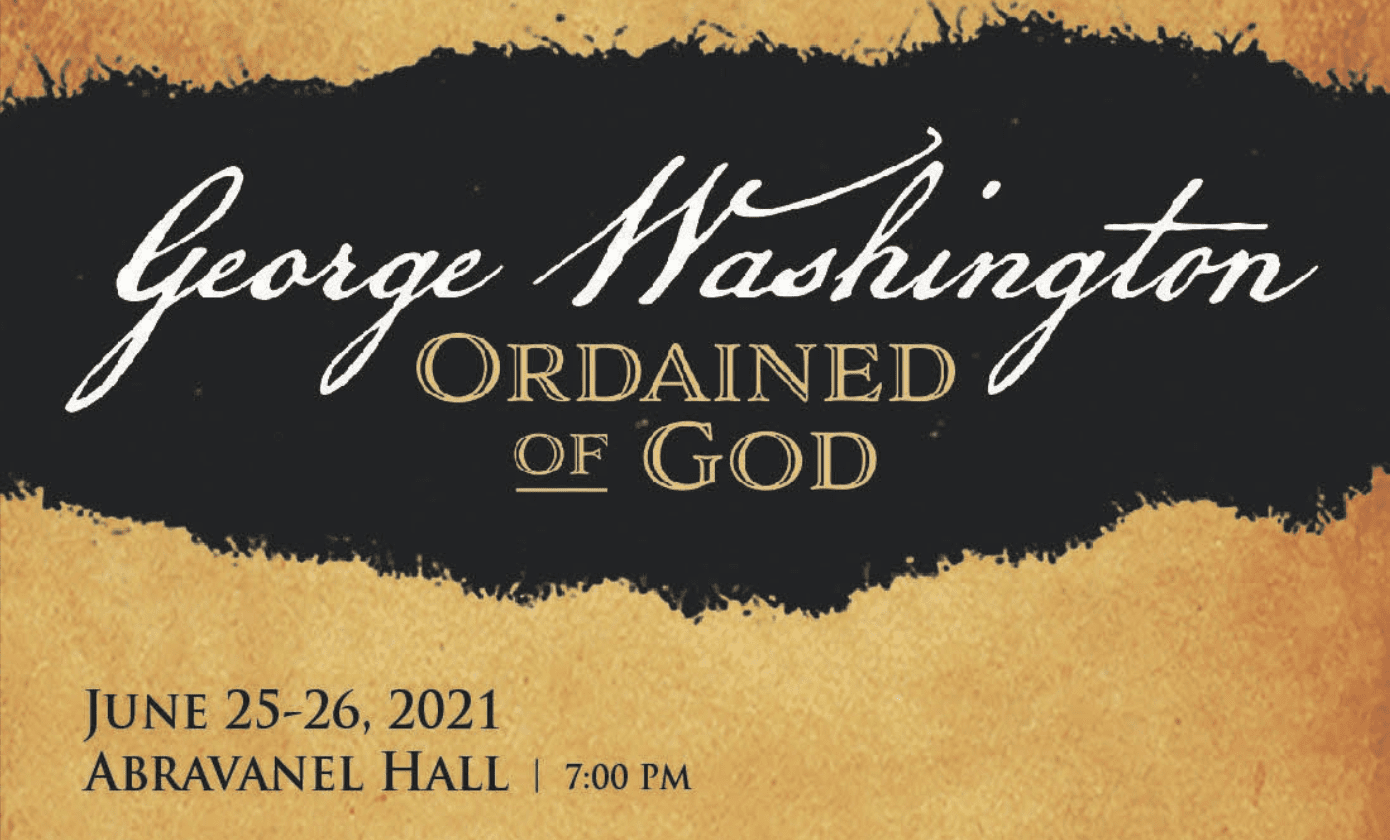 This article was written by the Founder and Artistic Director of the Draper Philharmonic & Choral Society.

Today, it is not often recognized that American colonists in the 1700’s spoke freely of God and often acknowledged His power and influence in their lives. They believed that if they honored God and kept His commandments that He in turn would keep His promises to protect them, prosper them, and bless them with freedom. They spoke of this as being a covenant with God. George Washington: Ordained of God is the first in our American Covenant Series: One Nation Under God, a series of new musical productions the Draper Philharmonic & Choral Society are commissioning to tell the stories of great souls who, along with George Washington, honored this covenant, resulting in God’s blessings upon this land. We are so excited to announce the premiere performances June 25-26 at Abravanel Hall in Salt Lake City (see below for ticket details).

The complete history of the American Revolutionary War is seldom taught. Rarely are certain firsthand accounts shared, even those written by British officers, that told of miracles occurring which totally changed the outcomes of various battles and events. In George Washington: Ordained of God, you will hear about 11 of these miracles, some involving sudden weather events, illness, heroic feats, or inexplicable hesitations on the part of British officers, that resulted in escape from certain defeat or even victory for the Americans. These miracles were not handed to the Americans; they came after much effort and hardship on their part, which is a lesson in itself.

One example that I will share here is of Henry Knox, who became Washington’s chief artillery officer. Early in the war, Knox proposed bringing heavy cannons to Boston from the captured Fort Ticonderoga in New York through the deep snows of winter. It took them 3 months, but Knox and his men miraculously moved 60 tons of cannons and artillery 300 miles on 42 oxen-drawn sledges. This effort has been called “one of the most stupendous feats of logistics of the entire war.”

This was only the beginning of the miracles. The Americans then needed to get the cannons to the top of the Dorchester Heights unseen by the British, who greatly outnumbered them. As they began the attempt, a thick haze crept in over the town and prevented the British from seeing them. The next day, when the British saw the cannons pointed at them, they prepared to attack, but a ferocious blizzard descended upon them. Their troops had already been weakened by a smallpox epidemic in the town, so the British general ordered a retreat from Boston without a fight.

Great Britain was the superpower of the day with a well-equipped army and navy. Realistically, the Continental Army’s “rabble in arms” had little chance of defeating the British and achieving their independence. Yet with God’s help, they did. And they publicly acknowledged His help and the depth of their love for Him. After the American victory at Yorktown in 1781, poet William Billings wrote a hymn called “Independence” which praised God and attributed the victory to Him. Billings’ words are quoted in our finale. General Washington ordered that this song be sung to his troops and a prayer offered after he learned that the peace treaty had been signed ending the war.

Another song is entitled the “Liberty Tree,” after a magnificent elm that stood beside the road leading out of Boston, which had been planted in 1646 by the Pilgrims after their arrival in America. It became an important symbol to patriotic Americans in the 1770’s of their desire for freedom.

Silas Downer, a prominent civic leader, writer and patriot of the day, captured the importance of the Liberty Tree in these moving words:

“We do therefore, in the name and behalf of all the true Sons of Liberty in America . . . dedicate and solemnly devote this tree, to be a Tree of Liberty. May all our councils and deliberations under its venerable branches be guided by wisdom, and directed to the support and maintenance of the liberty which our renowned forefathers sought out and found under trees in the wilderness. May it long flourish, and may the Sons of Liberty often repair hither, to confirm and strengthen each other. When they look towards this sacred Elm, may they be penetrated with a sense of their duty to themselves, their country and their posterity.”

We have this same hope for our citizens today, wherever they meet in “councils and deliberations.”

Unfortunately, in August 1775, only a few months after the war began with the battles at nearby Lexington and Concord, the Liberty Tree was chopped down by Loyalists and British soldiers. However, in several towns throughout the colonies, other trees and poles were designated to be a “Liberty Tree,” and its influence continued to grow. Thomas Paine wrote a poem in 1775 about this tree and its meaning to patriotic Americans, which he entitled, “Liberty Tree.” You will hear these words put to stirring music in the production.

I would like to add an acknowledgment here to Mr. Timothy Ballard. His book The Washington Hypothesis has had a deep impact upon me and was my inspiration for commissioning this choral masterwork George Washington: Ordained of God. I found the spiritual connections he made from history to be invigorating, and I appreciated the many extraordinary quotations that he included in his book.

There is so much more we wish we could tell you about here. You could read books about this history or we could lecture for hours about it. But hearing this story put to music, especially with a live orchestra, choir and 22 professional-quality soloists, is an experience we hope will change your life. We also hope that attending our American Covenant Series concerts will become one of your family’s new 4th of July traditions.

I, too, would love to have this concert available on line. I hope you will make it possible.

This sounds like a fantastic patriotic concert for all of us to see. I would love to be there, but I live near Austin, TX. No way for us to be able to see such a great event to give meaning to the coming Independence Day celebrations that, thankfully we can still celebrate at present. May I suggest some kind of filming or video being made of the concert for those of us who live far from Draper, Utah to join in this festivity. I would be willing to pay for such a film or video, and I am sure others would too. I am not sure if in some places, July 4th parades will even be seen during these times in which we live today. Thank you for reading my comment, and I hope someone will be able to grant my wish.