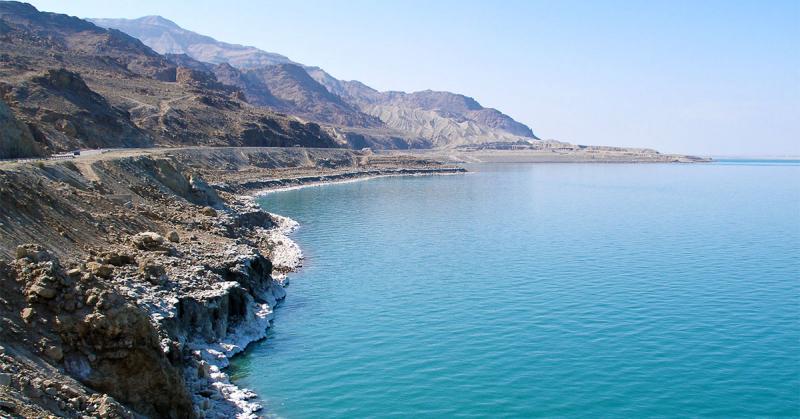 At the turn of the new year, the BYU Studies Quarterly officially removed its paywall, making all its content available free immediately upon publication. This is a blessing to those Latter-day Saints studying 1 Nephi 1–7 right now for their Come Follow Me study. The latest issue—which would normally be behind a paywall for non-subscribers—includes an excellent article by Warren Aston, reporting his latest fieldwork in Israel and northwest Arabia, the area where Lehi’s family traveled and camped in 1 Nephi 1–7.

In his article, entitled “Into Arabia: Lehi and Sariah’s Escape from Jerusalem,” Aston discusses two geographical issues related to 1 Nephi 1–7. The first part of the article reviews proposals for the family’s route out of Jerusalem and down to the Red Sea. Aston discusses four different possibilities (all included on the map on p. 104 of the print and PDF version of the article), and determines that two are the more likely routes: (1) the route passing through Ein Gedi and along the Dead Sea, favored by previous scholars such as D. Kelley Ogden and Jeffrey R. Chadwick; (2) the route through the Negev Wilderness, given detailed consideration for the first time by Aston here.

The second part of the article considers the location of the family’s “base camp” at the Valley of Lemuel. For the last 20 years, most Latter-day Saint scholars have favored Wadi Tayyib al-Ism as the location of the Valley of Lemuel, as first proposed by George Potter. There have been some criticisms of this proposal, however, and until now no one ever followed up on Potter’s work by actually visiting the region and checking it out themselves. Aston, however, did just that, going to Wadi Tayyib al-Ism as well as exploring the surrounding region. Aston’s explorations of the region address criticisms previously raised and make the case for Wadi Tayyib al-Ism even stronger.

Aston concludes: “As for the valley of Lemuel and the river of Laman, there no longer remain any issues regarding Wadi Tayyib al-Ism lacking simple, ready solutions.”

To learn more, read the full article at the BYU Studies website.

READ “INTO ARABIA: LEHI AND SARIAH’S ESCAPE FROM JERUSALEM”

Also watch this fascinating video on the geography of Lehi’s entire trail through Arabia.