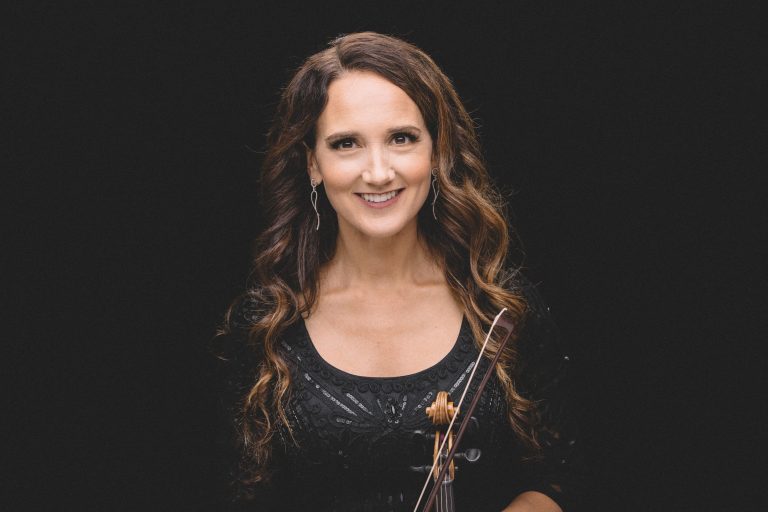 With her appropriately titled new album, “Epic”, world-renowned violinist Jenny Oaks Baker plays some of the most magical and soul-stirring songs from the stage and silver screen, taking listeners on a beautiful journey. Her album that debuted Friday, March 6, 2020 is not only delightful, it’s transforming.

From “Across the Stars” from Star Wars Episode II to “Never Enough” from the Greatest Showman, as I listened to each song, I just wanted to replay them over and over again. Jenny felt that this most stunning arrangement on the album was “Hedwig’s Theme” from Harry Potter and the Sorcerer’s stone, laughing that, “It was making my hands hurt to practice it because your fingers are just flying so quickly, but it’s just so magical.”

My fingers hurt just listening to how fast she is playing:

“I thought I had already recorded all my favorite music but I hadn’t!” Jenny said about “Epic”. Her favorite songs to play have always been the epic songs that leave you changed, which made her so excited to collaborate again with Kurt Bestor, the composer who wrote all of the songs on the “Epic” album. In fact, Kurt has written over 100 arrangement for Jenny over her career because his music speaks to her so deeply and she is able to express so much through his arrangements.

“He writes for my soul and I play his soul,” Jenny said. “I’m just so grateful that I can rely on him and know that every single time is going to create a masterpiece for the violin and a masterpiece for the audiences. His music can really touch people. He really can delve into the soul and help you feel something truly magnificent.”

But what makes Jenny’s playing so transcendent is not only the expertly done arrangements but the spirit she brings to the violin when she plays. Though she spent 20 years mastering the instrument and now 20 more working on performance and conveying emotion, she attributes it all to Heavenly Father who gave her this spiritual gift and expects her to use it to express His love to His children.

In fact, when Jenny was in college, her dad (President Dallin H. Oaks) identified that she had a particular gift for playing spiritual music. In identifying that, she realized that playing the violin was not about astounding people with her skills but about using her gift to bless others.

“Heavenly Father doesn’t care if I impress people,” Jenny said. “He cares if I am able to be an instrument in His hands. And I just need to remember that. It’s not about me…If I think it’s about me, then He will help me remember what if feels like to be just me and it’s not a great experience for me or my audience. But if I turn my heart and performance over to Him then that’s when it can be a beautiful experience for me and hopefully my audience.

Jenny’s testimony and humble conviction can be felt through her glorious music, whether it’s Broadway tunes or hymns. You can find her album at Deseret Book, on iTunes, or on her website if you want a signed album. Listen to and purchase “Epic” before Thursday (or Monday night if purchasing through her website) to help her get on the Billboard Charts! Her album can also be streamed on Amazon Music, Apple Music, Spotify and YouTube.