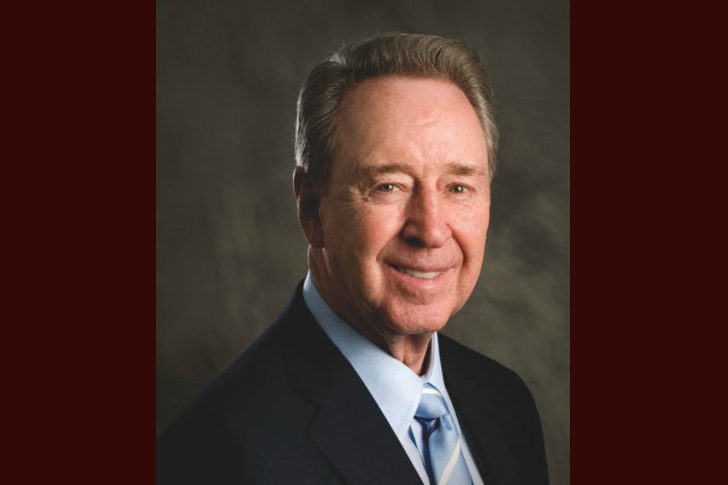 We live in a world that has forgotten the Sabbath.  Every parking lot is jammed and stores offer special weekend deals.

How many times have our children lost parts in plays, forfeited being on the all-star team, politely turned down birthday party invitations-and been considered almost weird for their commitments?  Yet, if it takes moral courage on such a minor scale, consider the business owners who take a stand and close on Sunday.

When Warren Buffet-one of America’s legendary richest men– purchased Bill Child’s home furnishings chain, R.C. Willey, he knew he was buying an entity that had set certain, inviolable business standards-and one of the key ones was that they never opened on Sunday.

When they were still a little operation home-grown in Syracuse, Utah, R.C. Willey’s earliest television commercials had always ended in a jingle telling viewers when and where shoppers could come, but “Never on Sunday.”

When he was ready to sell his business, Bill had other, more lucrative offers by several million dollars, but he went with Buffet because he had said, “I could promise you a transaction that would be 100% certain to close and that would absolutely minimize any distraction to your management and employees.”

That meant, among other things, that Bill Child could keep R.C. Willey’s Sunday closing rule.  The business deal was set so that Bill would continue to call the shots on daily operations, but Buffet insisted that any major capital expenditures, such as opening a new store, would require his approval.

Yet, even before selling his company to Buffet, Bill had set his mind on taking his company outside of Utah.  R.C. Willey already had more than a 50% market share in Utah, and thus, it was nearly impossible to grow without expanding beyond the state’s borders.

Bill had already identified land just outside of Las Vegas, Nevada, but on a helicopter ride with Buffet, as he pointed out all the new homes that dotted the desert-all undoubtedly needing furniture, Buffet had said, “We’re not going to go.”

Bill was certain the business plan was solid and that the store would be at least as lucrative as the stores in Utah.  He asked, “Warren, is it the Sunday closing?”

Warren said, “Yes.”  He said he respected Bill’s religious convictions, but acknowledged, “We’re not going to open on Sundays.  But we’re also not going to go into a market where we can’t be successful.”

Warren had done his own homework.  He had checked with the CEOs of three major furniture stories and asked the question, “Would you go to Las Vegas and be closed on Sundays?”  They said no.

Statistics showed that twenty-three percent of home furnishing sales were transacted on Sunday, and analysts thought it could be as high as 35% in Las Vegas where people worked such strange hours.

An Unusual Deal in Idaho

Undaunted, Bill turned his eyes toward Boise, Idaho.  He explained to Warren that the demographics of the city both economically and socially were much like Salt Lake and the company could surely succeed there.  Again Warren said, no, convinced that R.C. Willey would not be able to compete in another market if it closed on Sundays.

Bill said, “Warren sees a home furnishings store on Sunday and they have 1600 parking places, and they are all full.  He naturally wonders how can a company give this kind of business to a competitor?”

But for Bill, staying closed on Sunday was an inviolate principle and he wouldn’t budge.  He would rather not expand the company than trample on that principle.

Then one day Bill got an idea.  “If I’m going to convince Buffet to go to Boise,” he figured, “I’ve got to do something totally out of the box, something really dramatic.”  He decided to make Warren an offer that he couldn’t refuse.

Bill told Warren, “I will buy the land with my own money, and I will build the building, personally.  And if we’re not successful in six months, we’ll walk.  That guarantees that the company won’t lose a dime.”

Warren agreed, adding a dollar amount.  The store had to do $30 million the first year or they would close it.

Bill agreed and then made the deal even better. “If we are really successful, I’ll sell the store back at exactly what it cost me, including no interest.”

What a price Bill was willing to pay in order to stay closed on Sunday.  After the first month, the sales figures had exceeded $4 million and Bill felt confident enough that the store would succeed, that he offered to sell the Boise store back to Warren, insisting on the no-interest deal.

The first year in Boise, R.C. Willey generated $50 million in sales, nearly doubling Warren Buffet’s best hopes for the store.  Warren was so impressed that he featured the success story in the Annual Chairman’s Letter, issued to Berkshire Hathaway’s shareholders.

Under the heading, “A Managerial Story You Will Never Read Elsewhere,” Buffet wrote”

Here’s a remarkable story from last year:  It’s about R.C. Wiley, Utah’s dominant home furnishing business, which Berkshire purchased from Bill Child and his family in 1995.  Bill and most of his managers are Mormons, and for this reason R.C. Willey’s stores have never operated on Sunday.  This is a difficult way to do business:  Sunday is the favorite shopping day for many customers.  Bill, nonetheless, stuck to his principles-and while doing so built his business from $250,000 of annual sales in 1954, when he took over, to $342 million in 1999.

Bill felt that R.C. Willey could operate successfully in markets outside of Utah and in 1997 suggested that we open a store in Boise.  I was highly skeptical about taking a no-Sunday policy into a new territory where we would be up against entrenched rivals open seven days a week.  Nevertheless, this was Bill’s business to run.  So, despite my reservations, I told him to follow both his business judgment and his religious convictions.

Bill then insisted on a truly extraordinary proposition:  He would personally buy the land and build the store-for about $9 million as it turned out-and would sell it to us at his cost if it proved to be successful.  On the other hand, if sales fell short of his expectations, we could exit the business without paying Bill a cent.  This outcome, of course, would leave him with a huge investment in an empty building.  I told him that I appreciated his offer but felt that if Berkshire was going to get the upside it should also take the downside.  Bill said nothing doing:  If there was to be failure because of his religious beliefs, he wanted to take the blow personally.

The store opened last August and immediately became a huge success.  Bill thereupon turned the property over to us-including some extra land that had appreciated significantly-and we wrote him a check for his cost.  And get this:  Bill refused to take a dime of interest on the capital he had tied up over the two years.

If a manager has behaved similarly at some other public corporation, I haven’t heard about it.  You can understand why the opportunity to partner with people like Bill Child causes me to tap dance to work every morning.

A footnote:  After our “soft” opening in August, we had a grand opening of the Boise store about a month later.  Naturally, I went there to cut the ribbon (your Chairman, I wish to emphasize is good for something.)  In my talk I told the crowd how sales had far exceeded expectations, making us by a considerable margin, the largest home furnishings store in Idaho.  Then, as the speech progressed, my memory miraculously began to improve.  By the end of my talk, it all had come back to me:  Opening a store in Boise had been my idea.

R.C. Willey now has stores in California, Nevada, Idaho, and in every location they are first in their market.  Go to their web page to locate a store and their hours are listed in blue.  But in bright bold red are the words, “Closed on Sunday.”

Bill Child has proved you can stand for something in business and hold fast to religious convictions in a world that has largely caved on Sunday observance.  You can stick to your religious principles and flourish in the marketplace.

This story is told in a book by Jeff Benedict, “How to Build a Business Warren Buffet Would Buy.”

Faith preceds the miracle. What a great story and example to us all that God will bless us as we follow Him.

Faith precedes the miracle. Do what is right and God will never let you down. Great story.