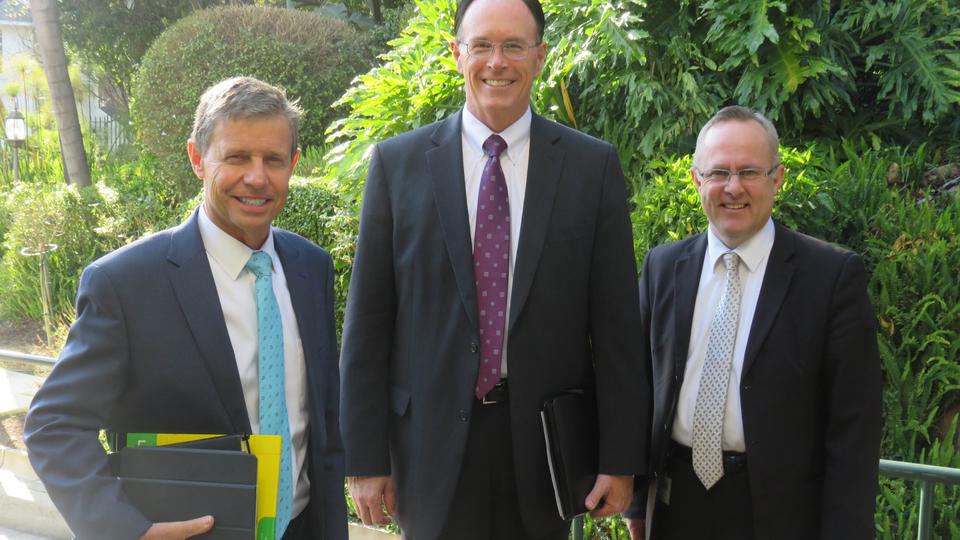 Bishop W. Christopher Waddell, second counselor in the Presiding Bishopric, announced on August 19, 2019, that Nairobi, Kenya, will be the location of the new Africa Central Area Office of The Church of Jesus Christ of Latter-day Saints. The announcement was made in Johannesburg, South Africa.

A June 2019 letter from the Church’s First Presidency to General Authorities, Area Seventies, General Officers and stake presidents announced the division of the Church’s Africa Southeast Area into the Africa South Area and the Africa Central Area. An area is an administrative unit typically composed of multiple stakes (similar to a diocese) and missions (full-time missionaries serve in a geographic area).

With the creation of the Africa Central Area, the Church will have 16 areas outside of North America and six inside North America for a total of 22.

Elder S. Mark Palmer, Africa Southeast Area president and Marius von Mollendorff, director of temporal affairs for the Africa Southeast Area, also spoke at the meeting. The announcement was broadcast to Church employees and volunteers in Nairobi, Kenya, and Kinshasa, Democratic Republic of the Congo.

Countries in the Africa Central Area, which will be administered from Nairobi, include Burundi, Cameroon, Central African Republic, Republic of the Congo, Democratic Republic of the Congo, Djibouti, Eritrea, Equatorial Guinea, Ethiopia, Gabon, Kenya, Rwanda, Somalia, South Sudan, Tanzania, Uganda, Seychelles and São Tomé and Príncipe. The Church currently has full-time missionaries in 50 percent of the countries mentioned, with more than 100,000 Latter-day Saints in the area.

It is anticipated that the newly created Africa Central Area will become fully operational by August 2020.

Growth of the Church in Africa has continued at a strong rate in the past few decades. There are currently more than 621,000 Latter-day Saints in 2,150 congregations on the continent. Go to Newsroom for more statistical information about Africa. Church membership is over 16.3 million worldwide.