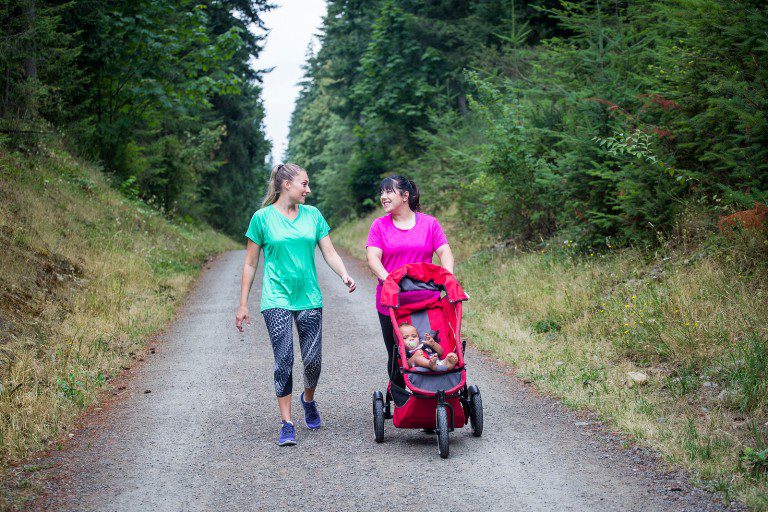 Moving Connections: Ministering on Our Way to Better Health

But maybe we’re getting ahead of a story, specifically my story of exercise, mistakenly loved and lost. For a hot yoga minute let’s go back in time to a class that taught me a lot:

It was the first day of a Boot Camp class I thought I might love. I was completely wrong. It turned out that I loved boots, and some camps, but not together.

This particular morning, we women chatted away, while waiting for Jill, our perky “drill sergeant” instructor. I was next to “Boston”, a woman who had just qualified for the Boston Marathon. We all stood at attention.

“So glad you have taken this time for you!” the instructor shouted over the music. This didn’t make sense. Time for me? My idea of “me time” involved a little more dark chocolate than was being provided here. It also involved yoga pants, with optional yoga.

Jill interrupted my thoughts. “Let’s run!” Run? She opened the door of the class, and ran out. Her flock ran after her. Suddenly, I was running too. We were running down the stairs and out of the gym. “Around the building three times!” she shouted. Eventually we stopped for a moment at nearly vertical stairs. Then Jill ascended them. Her fans followed. I was not a fan. I was not ready for any of this. I was not ready, at that moment, for much of anything. I paused with hands on knees, in front of some bushes framing the gym windows. Those windows revealed a glorious snack bar. I reconsidered. There was something for which I was ready, and that something was a bagel. I could see a basket of them just past the glass.

Runners began to zip past me. After the last runner, I went AWOL. I pushed through some scratchy bushes, hunkered down in front of the window, and waited. Before the first group made its way back to the gym, I emerged from the bushes, joining the fastest runner. We ran back to class. Jill looked at me, a little confused. I dabbed my hairline with a hand towel and looked off into the middle distance. Jill smiled. She had figured it out.

But I needed to figure out an exercise that didn’t involve Boot Camp. I considered running. I had long seen runners in my early mothering years, as I drove past them in our minivan packed with children. Those runners! Always running away from their problems and toward their goals. It was so impressive. I would notice their trendy sweat-wicking athletic wear, their water bottles, their little fuel belts housing “runners only” kinds of snacks.

It didn’t seem possible that any of them could ever think a mundane thought while running. It had to be all “Chariots of Fire” in those noble heads, chins lifted, noses pointing to the sky… Sometimes I would look away from the runners and into the rear-view mirror. There were my toddlers, strapped in their car seats, trying to poke each other in the eyes. Sometimes the baby was screaming. I could hear things spilling. I couldn’t always tell what exactly was spilling, or where the spills were landing. Sigh.

Running would release my stress, right? But it was so stressful, trying to figure out how to make a consistent running schedule work. Then one day the kids were older, I was only slightly wiser, and I ran. I ran and ran and at the end of that life chapter I ran two half marathons. I was grateful, kind of proud of myself, and a little lonely.

I was Goldilocks in exercise land. Aerobics on Steroids was too hard. Running was, in the end, too socially disconnected for me. I was not a “run and talk” kinda gal (there wasn’t that much gas in the tank!) I was a “run and breathe with focused effort” kinda gal. I needed to slow down, chat more. I needed to move and connect.

I had a strong feeling that there were lots of women who felt the same way, women who also yearned for “moving connections”. So I reached out. I invited close friends and newer friends to meet up at the same early morning time, every week day, for roughly 50 minutes a stretch. We would walk the same general route, allowing for variations. We wouldn’t all make it every time. But if there were enough of us, I thought, there might always be some of us. When one of our potential members seemed to be initially hesitant about joining, I told her that she would be rewarded with a dark chocolate, sea salt and almond bar for trying it. Today, every new member now receives a chocolate bar, hesitant or not:).

It turned out that some of us were naturally faster walkers, some were slower. It didn’t matter. Every morning we just settled in to whatever speed and/or social connection we wanted that day. Fast walkers took turns walking with slower walkers. This wasn’t hard. We were friends, and friendship was the best, most dominant thing about the group. The exercise benefit has always been secondary to the friendship. It always will be.

We walk outside, so every morning there is a potential little twist on both the social and weather kaleidoscopes. This keeps it interesting. Like the air around us, the conversation is fresh, often sparkling like dew on the early morning flora and fauna.

Our group has grown quickly in about a month. I think we may grow still larger. “Large” creates a feeling of festivity and fun. Large also creates connection opportunities that can gently and easily shift as we move. I am on the lookout for future recruits. These women may not currently be our friends. But I know our group will fold them in and kind camaraderie will ensue.

It’s so much fun.

When we are moving and connecting, we are ministering to one another while taking better care of our bodies: the earthly temples we came here to honor. It’s a two-fer, fer sure:).

For this aspiring to be healthier Goldilocks and her like minded friends… it feels just right.