Most Democrats and Republicans Know Biden is Catholic, but They Differ Sharply About How Religious He Is « Meridian Magazine 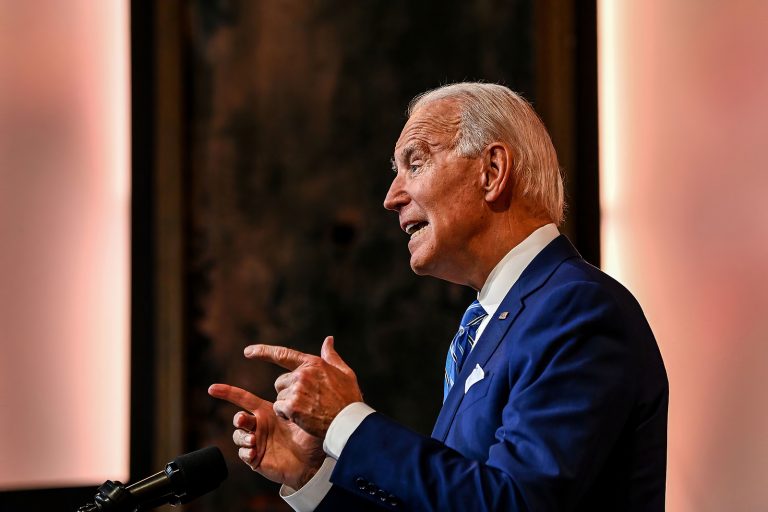 Most Democrats and Republicans Know Biden is Catholic, but They Differ Sharply About How Religious He Is

Joe Biden is just the second Catholic president in U.S. history, after John F. Kennedy. Most U.S. adults know that Biden is Catholic, including majorities within both major political parties, according to a new Pew Research Center survey.

But partisan similarities in views about Biden’s religion end there. Republicans and Democrats have vastly different views about how religious Biden is and whether he talks about his religious faith too much, too little or the right amount. This political divide extends even to Biden’s fellow Catholics, who are deeply split along party lines over whether Biden’s views about abortion should disqualify him from receiving Communion.

While majorities in both parties know that Biden is Catholic, they disagree profoundly about the role of religion in his private and public life. Among Democrats and those who lean to the Democratic Party, nearly nine-in-ten say that Biden is at least “somewhat” religious, including 45% who say they think he is a “very” religious person. By contrast, almost two-thirds of people who identify with or lean toward the GOP (63%) say that Biden is “not too” or “not at all” religious.

While eight-in-ten Democrats (79%) say Joe Biden mentions his religious faith and prayer about the right amount, fewer than half of Republicans (42%) agree.

Even among Biden’s fellow Catholics, partisanship permeates views of Biden’s religion. Nine-in-ten Democratic and Democratic-leaning Catholics say they think Biden is at least somewhat religious, including half who say he is “very” religious. Among Republican and Republican-leaning Catholics, by contrast, a 56% majority say Biden is “not too” or “not at all” religious. And while eight-in-ten Catholic Democrats say they think Biden discusses his faith “about the right amount,” barely half as many Catholic Republicans say the same (42%).

The survey finds, furthermore, that a slim majority of Catholic Republicans (55%) think that Biden’s views about abortion should disqualify him from receiving Communion in the Catholic Church. But nearly nine-in-ten Catholic Democrats (87%) come down on the other side of this question, saying that Biden should be allowed to receive the Eucharist.

These are among the key findings of a new Pew Research Center survey conducted March 1-7, 2021, among 12,055 U.S. adults (including 2,492 Catholics) on the Center’s online, nationally representative American Trends Panel. The margin of sampling error for the full sample of respondents is plus or minus 1.5 percentage points. More information on how the survey was conducted is available in the methodology.

Who cares and why is this important? Actions speak louder than words or other people's thoughts on the subject!