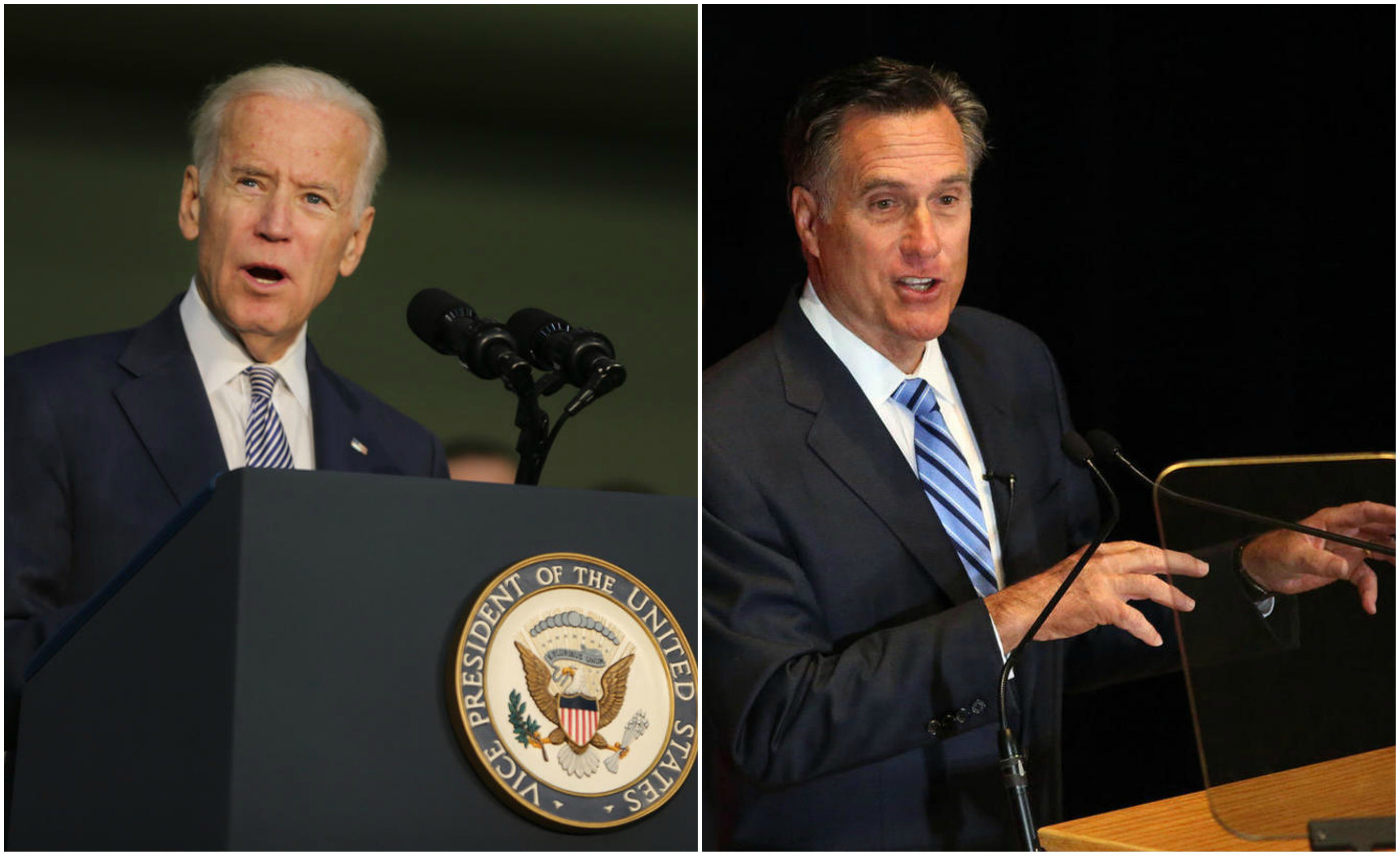 PARK CITY — Mitt Romney was encouraged by former Vice President Joe Biden to run for the Senate at Romney’s annual retreat that brings together political and business leaders.

“By the way, you should run for Senate,” Biden told Romney on Friday evening during their wide-ranging discussion at the E2 Summit on issues including the former vice president’s “moonshot” effort to find a cancer cure.

The audience for their exchange, which was closed to the news media, applauded Biden’s suggestion, but Rep. Jason Chaffetz, R-Utah, said Romney “just smiled” and offered no response.

Romney and Biden squared off in the 2012 presidential race, when Romney topped the GOP presidential ticket and Biden ran as President Barack Obama’s vice president.

But Chaffetz said Romney and Biden encouraged each other “to continue in the public arena” because they “recognize we need good people in government,” regardless of party.

“Both gentlemen were very complimentary of each other,” Chaffetz said. “I think they get along and have deep respect for each other, so I think it was a natural complement.”

Romney has been touted as a candidate for the seat held by Sen. Orrin Hatch, R-Utah, should Hatch decide not to seek an eighth term next year. Hatch said earlier this year he would consider stepping aside for Romney.