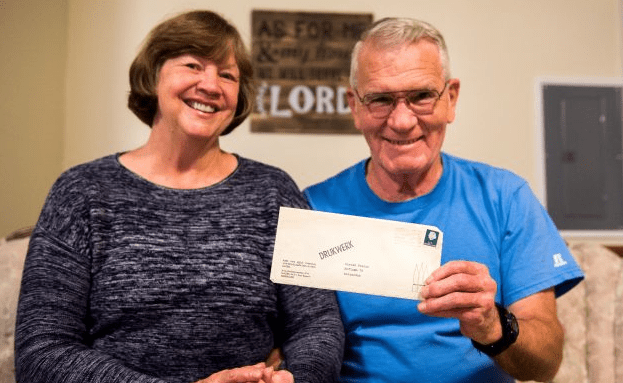 The following was written by Camille Baker for The Daily Universe. To read the full article, click here.

When BYU students and alumni Austin and Elise Taylor moved into their Provo, Utah, house four months ago, they had no idea they would be helping with a miracle.

About two weeks ago, while a solar panel installer was working in the attic at the house, he found “boxes of letters and boxes of books,” according to Austin.

The books were textbooks from the mid-1960s with BYU bookstore stamps on them, and the letters looked like missionary letters, Austin said.

“We saw a big folder full of envelopes,” Austin said. “They said they were from the Netherlands. My wife actually served her mission in the Netherlands, so she knew where they were coming from and knew what they said because they were in Dutch.”

Elise said it was fun to read through some of the letters in Dutch and understand them. She even recognized some of the same cities she and the missionary both served in.

Austin said he and his wife looked through the letters and found the name of the missionary: Steven Foster. They looked him up in an online phonebook and called to see if it was the right Steven Foster, and within 10 minutes he was at their house to pick up the letters.