Mid-Singles: “It Wasn’t Meant to Be This Way” | Meridian Magazine 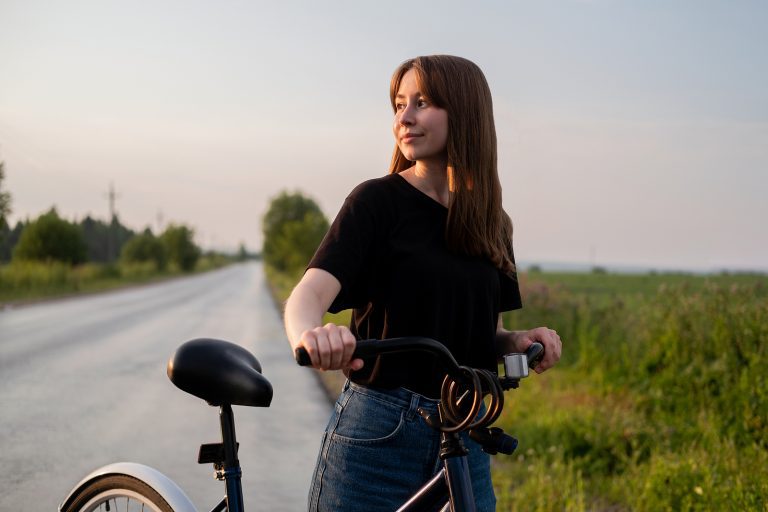 Mid-Singles: “It Wasn’t Meant to Be This Way”

In President Reagan’s Interview with Tom Brokaw, right before he left the White House in 1989, he talked about his deep disappointment as a young man when he did not land a job as a manager in the sporting goods department at Montgomery Ward. But soon thereafter he landed a job as a sports announcer, which lead him to his career in entertainment, which lead to his career in politics, which lead to his becoming President of the United States, which changed the world. He made the point that, if he had gotten the job at Montgomery Ward, he might still be working there instead of President of the United States. President Reagan made the point that an event that was supposedly “bad” led to something better than he could have hoped.

Later in the interview, President Reagan commented about the first girl he loved and how he had been engaged to her, but circumstances took them to different places. She ended up marrying someone else and it broke his heart. President Reagan made the point that he would not have his wonderful marriage with Nancy if that earlier relationship had not failed and, again made the point that something “bad” eventually lead to meeting the love of his life.

As a mid-single, I often thought about Joseph, who was sold into Egypt. How lonely and forsaken by God he must have felt when his jealous brothers sold him as a slave in a foreign land. I’m sure he believed he had fallen away from his family. After working hard for Potiphar, he might have wondered how a just God could allow him to be framed for trying to seduce Potiphar’s wife when it was really the other way around—and be condemned to prison for a crime he didn’t commit.

But think about Joseph’s improbable rise to power in Egypt. When called upon to interpret the Pharaoh’s dreams, Joseph warned Pharaoh of a coming famine. He was elevated to a position of power second only to the Pharaoh, married to a member of the royal family, and saved a nation from hunger and starvation. When his family came to Egypt seeking food, his brothers begged his forgiveness. Joseph wept and explained the deeper purposes of God:

“But as for you, ye thought evil against me; but God meant it unto good, to bring to pass, as it is this day, to save much people alive” (Genesis 50:20.)

Joseph had come to understand that God had a divine purpose for the difficult path he had allowed him to travel. His trial led to him becoming the leader of a nation who saved multitudes from starvation, including his own family. And Joseph forgave them and asked them to forgive themselves—as he recognized God’s hand in all that had happened on his journey. He said:

“Now therefore be not grieved, nor angry with yourselves, that ye sold me hither: for God did send me before you to preserve life.

“And God sent me before you to preserve you a posterity in the earth, and to save your lives by a great deliverance. So now it was not you that sent me hither, but God: and he hath made me a father to Pharaoh, and lord of all his house, and a ruler throughout all the land of Egypt” (Genesis 45:5-8).

Joseph’s journey into Egypt made him a pilgrim on the path of glory.

Like Joseph of old, many of us feel or have felt sold into Egypt by the people we loved most. In many cases, we have literally been sent away and had no choice in the matter. Many of us have experienced dark moments of feeling forsaken by God and unloved. And yet, if we could see what He sees, we would understand that even those who have tried to do us harm have unwittingly served God’s purposes anyway.

If I had not been divorced twice and experienced other disappointments in love, I would not have met my queen, Cathy, and I would not have my two stepsons. I was laid off from my corporate job in Houston, Texas, just as I was beginning to recover from the financial ruin I experienced during and following my divorce. If these tragedies had not occurred, I might still be running oil and gas titles in east Texas instead of advising the Governor and the Attorney General on important issues of constitutional law—something that also came about in a miraculous way. In a very real way, I feel like Joseph. The things I thought of as tragedies, that brought about my darkest moments, also opened the way to my greatest opportunities for love and public service.

When you are inclined to feel like your life is all wrong, that the cosmos is out of balance, and that things are not as they should be, remember that God knows what He is doing. If you have been sold into Egypt by a loved one, know that God is guiding you on your journey to a more glorious mission and a more radiant love.

Remember that “all things work together for good to them that love God, to them who are the called according to his purpose” (Romans 8:28). You are called according to His purpose. You are pilgrims on the path of Glory. The Lord works in ways mysterious to us. As Isaiah wrote, “my thoughts are not your thoughts, neither are your ways my ways, saith the LORD.” (Isaiah 55:8.) If you have suffered in the dark abyss of deep disappointment, I hope you will think about President Reagan, Joseph of old, and even my experience. You have every reason to hope that from your deepest sorrows will come your greatest joys.

Jeff Teichert and his wife Cathy Butler Teichert are the founders of “Love in Later Years,” which ministers to Latter-day Saint mid-singles seeking peace, healing, and more joyful relationships; and the authors of the book Intentional Courtship: A Mid-Singles Guide to Peace, Progress and Pairing Up in the Church of Jesus Christ of Latter-day Saints. Jeff and Cathy each spent nearly a decade in the mid-singles community and draw on this experience to provide counsel and hope to mid-singles and later married couples. Jeff and Cathy are both certified life coaches and have university degrees in Family Science. They are the parents of a blended family that includes four handsome sons and one lovely daughter-in-law.

Very inspiring article. The Lord indeed will not forsake us, even in our times of trial and affliction. Thank you for reminding us.

One of my favorite scriptures is 2 Ne 2:2 where Lehi reassures his son, Jacob. "...thou knowest the greatness of God; and he shall consecrate thine afflictions for thy gain." No matter how difficult our challenges may be, our Heavenly Father can bring about miracles to bless us. As so many of us are seeing some of our children wandering away from the gospel path, we can have a hope in Christ that he will continue to call after them and that miracles can occur to help them return.