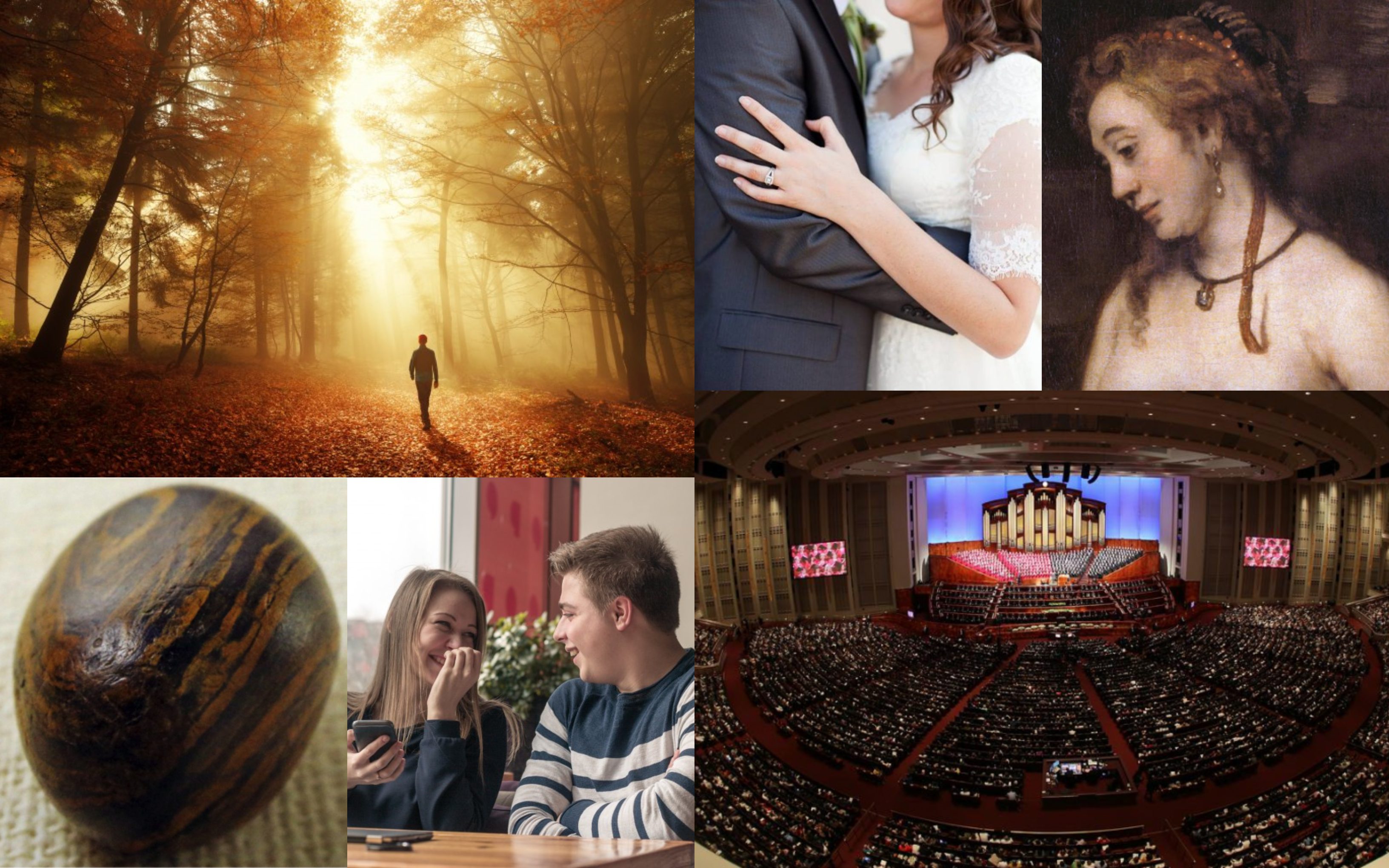 In 2018, we have brought you daily articles and inspiration as well as keeping you up to date on all of the amazing changes the Church has made. From the announcements about ministering and the new two-hour block to thoughts on marriage, dating and the spirit world, there is both variety and depth to the stories that got the most readership and attention this year. And with President Nelson recommending that members take their vitamins, we can only imagine the compelling things to come. Stay with us and keep reading!

Here are the top 10 most-read articles we published in our twentieth year:

10. California’s Worst Fire: “It’s Easier to Count the Number of Homes in our Ward that Weren’t Burned”

When Gretchen Harrison, whose husband is the bishop of the Paradise, California first ward, pulled out of her driveway last Thursday morning and headed to work, she had no idea that she would never see her home again. Yet her home, like nearly 7,000 other homes and structures in Paradise were destroyed in California’s most destructive fire ever. One of those buildings left as a char was a meetinghouse of The Church of Jesus Christ of Latter-day Saints. “It’s easier to count the number of homes in our ward that weren’t burned, “ Gretchen said.

9. Five Topics I’m Glad I Discussed With My Husband Before We Got Married

Wedding season is upon us and this wedding season is extra special because my baby sister is soon to be married and helping her plan for that day has me thinking back on my own pre-wedding feelings and thoughts. My husband and I will be at three years by the time her wedding bells ring, and though that hardly makes us experts, I can certainly look back in gratitude at some of the ways we set ourselves up right.

8. Why a Two-Hour Block is More Than Three

Excitement was in the air and rumors were circulating prior to this General Conference that we needed to fasten our seatbelts, because it was going to be quite a ride. Someone made up a Bingo game card with their idea of outlandish guesses of changes that could come. These ranged from the announcement of a temple on Mars to new modesty guidelines that included a ban on decorative socks for men. Right in the middle of that card, at the strategic point, was the square that read “2-Hour Block.”

I put the last of my grocery cart items on the conveyor belt and nudged my cart forward. As the cashier scanned my stack of necessities, I watched the bagger swiftly fill bags and then my cart, and out of the corner of my eye, I could see another shopper had joined the line. She began unloading her cart, and without thinking, I turned for a better look. I recognized the woman immediately as a friend of my Mother’s.

6. Behind the Story of the LDS Stake President Who Died from Carbon Monoxide

It is rare for a stake president to pass away while serving especially only after two years in his calling, but that is what happened in the Washington, D.C. Stake on February 1, 2018. The sudden, accidental passing of President James R. Baird shocked his family, his flock and the community, but beneath the headlines of his death is the more compelling story of his life.  A Facebook page has over 1,200 members pouring in messages remembering and honoring how he touched their lives.

Let me take you with me for a minute into a Relief Society meeting recently held in a BYU singles ward. My husband Scot and I were teaching and we asked a question that everybody wanted to answer. We asked them what is most stressful to you in your current life—and almost to a person, they said dating and boys. In a world where you have school and finances and big decisions before you, why is dating the most stressful thing?

4. Bathsheba Was Not On the Roof: And Here’s Why That Is Important

In an era when so many women are coming forward with their own stories of sexual abuse and assault, Queen Bathsheba offers a path forward towards the reclamation of self and female power, and David, in his own way, offers a model of accountability and repentance. The two journeys actually inform each other, because both the victim and the perpetrator heal as they uncover and tell the truth about their experiences. And the truth is… Bathsheba wasn’t on the roof.

3. A Historic Conference: The End of Our Law of Moses Moment

With Christ’s arrival and ministry on the earth, the Law of Moses, practiced for so long before His coming, was fulfilled. ‘Old things had passed away,” “all things had become new” (3 Nephi 15:2). With this renewal came a higher law, no longer could the people measure their righteousness by the number of steps taken on the Sabbath day or by the animals they sacrificed. This weekend’s General Conference was full of historic changes and all of them amount to the same admonition for us; it is no longer enough to check boxes, our own figurative Law of Moses moment is at its end.

2. What a Near-Death Experience Taught My Husband About the Other Side

When my husband finally and miraculously woke up from the coma he had been in for six long and terrifying weeks, we were ecstatic, but still not sure if he would make it. His body had been near death for so long. Lance seemed to be filled with an overwhelming need for something, too. He mouthed the same three words to us with urgency, over and over again. His eyes showed his great desire for us to understand.

There have been a flurry of articles over the last 2 1/2 years regarding the translation process of the Book of Mormon, and in particular the use of “seer stones”. As soon as I saw the pictures of the stone, I wanted to know what kind of stone it was.