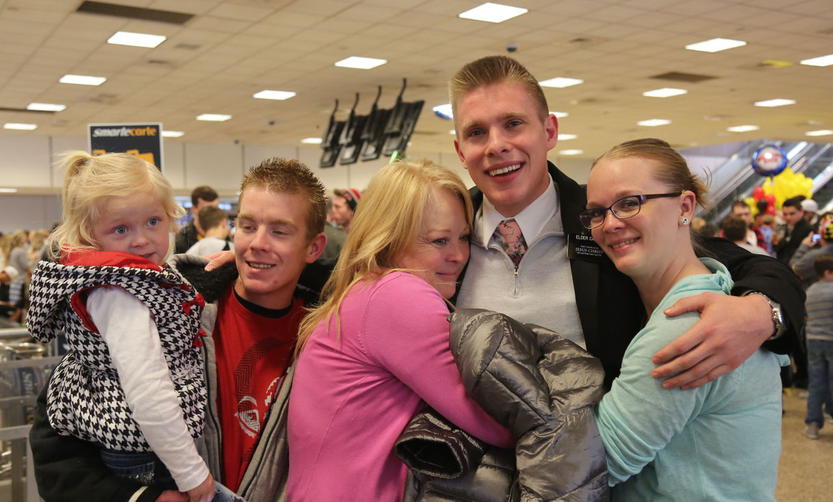 On Thanksgiving day, Kayden Carlos stepped off a plane in Salt Lake City after completing a two-year assignment for The Church of Jesus Christ of Latter-day Saints in the Maryland Baltimore Mission.

For some, his tearful and cheerful family reunion at the bottom of the airport escalators seemed like the classic final scene of an honorable Mormon mission. But for Carlos, the traditional removal of his cherished black name tag isn’t the end of the real mission that matters most.

Carlos, of Brigham City, first determined to serve a mission as an energetic boy in Primary.

“I was going, no matter what,” Carlos said during a phone interview this week. The decision to serve was made as his parents reconciled from a near-divorce and while his father struggling with chronic illness.

“My family wasn’t very active in the church and my mother was a meth addict, but a meeting with the missionaries and their invitation for her to start reading the scriptures again changed her life,” he said. As Carlos’ father was dying, his mother got clean, got back to church and the family was mended.

But while Carlos’ mother, Julie, was celebrating sobriety, her 12-year-old son was dancing with alcohol for the first time.

“I was at a party during the summer before starting sixth grade when some of the kids started drinking. One of the moms was even there. That was my first taste,” he said.

Months later at a concert, Carlos smoked marijuana with older friends. The evening led to his first citation.

During the seventh grade, on a day that should have featured a planned skiing trip with his brother, Carlos experimented with cocaine. The very same afternoon, he tried methamphetamines.

To read the rest of Kayden Carlos’ amazing journey from meth to the mission field, click here.

only partial applause. I have been homeless three times and am a clean and sober alcoholic, drug adict. I have now been sober 40 years. I joined the Curch twenty years ago. I am a High Priest and have been a Missionary for the ast 14 years. I do not need accolades now. I simply and quietly do the Lords service and greatful every minute of every day. You either turn your will and life over to God or you do not.