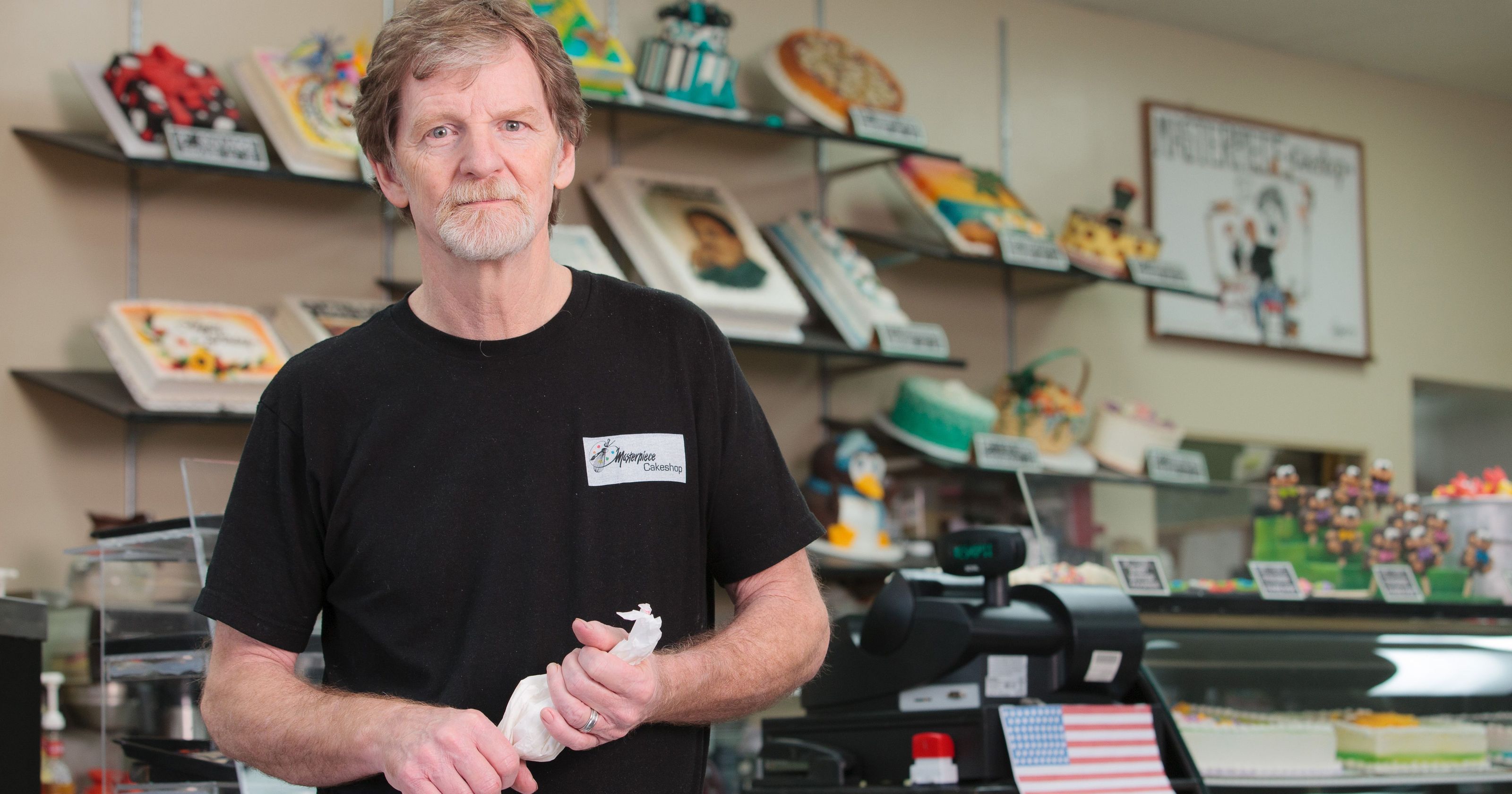 On June 4, 2018, we joined all those concerned about religious freedom and cheered Jack Phillips’ win at the Supreme Court. Phillips, you will remember, is the Colorado cake designer who refused to bake a custom wedding cake for a same-sex couple. Jack contended that by baking the cake, he would be violating his religious beliefs. Nevertheless, he was found guilty of discrimination by the Colorado Civil Rights Commission. Despite state courts affirming the commission’s ruling, Phillips continued to appeal his case which was eventually heard by the US Supreme Court.

In the Supreme Court opinion, Justice Anthony Kennedy made it clear the Colorado Civil Rights Commission overstepped its bounds:

To describe a man’s faith as “one of the most despicable pieces of rhetoric that people can use” is to disparage his religion in at least two distinct ways: by describing it as despicable, and also by characterizing it as merely rhetorical — something insubstantial and even insincere…This sentiment is inappropriate for a Commission charged with the solemn responsibility of fair and neutral enforcement of Colorado’s antidiscrimination law — a law that protects discrimination on the basis of religion as well as sexual orientation.

Justice Kennedy also criticized the Colorado Civil Rights Commission for abdicating its role as a neutral arbitrator by allowing some bakers to decline to bake cakes with messages they deemed offense, while punishing Jack Phillips for doing the same:

“On at least three other occasions the Civil Rights Division considered the refusal of bakers to create cakes with images that conveyed disapproval of same-sex marriage, along with religious text. Each time, the Division found that the baker acted lawfully in refusing service. It made these determinations because, in the words of the Division, the requested cake included “wording and images [the baker] deemed derogatory.”

Round two with the Colorado Civil Rights Commission

While defenders of religious liberty celebrated the historic win, Phillips continued to battle the Colorado Civil Rights Commission regarding another case of personal conscience.

“On June 26, 2017, the same day that the U.S. Supreme Court agreed to take up Masterpiece Cakeshop v. Colorado Civil Rights Commission, an attorney asked cake artist Jack Phillips to create a cake designed pink on the inside and blue on the outside, which the attorney said was to celebrate a gender transition from male to female. Phillips declined the request because the custom cake would have expressed messages about sex and gender identity that conflict with his religious beliefs. Less than a month after the Supreme Court ruled for Phillips in his first case, the state surprised him by finding probable cause to believe that Colorado law requires him to create the requested gender-transition cake.”

ADF contends that the request was a setup:

“…the attorney used speakerphone and asked Jack’s employee to repeat herself so that another person could hear. In the year following that request, Jack received many requests for cakes celebrating Satan, featuring satanic symbols, depicting sexually explicit materials, and promoting marijuana use. At least one of the satanic requests came from the same Colorado lawyer. Jack declined all the requested cakes—including the pink and blue one—because they would have expressed messages that violate his religious beliefs.”

The attorney filed a complaint with the commission and the commission proceeded with another case against Masterpiece Cakeshop. ADF provided evidence that the Colorado Civil Rights Commission was motivated by anti-religion sentiment. Commissioner Diann Rice compared Jack’s beliefs to those that perpetrated the holocaust and enforced slavery. Losing at the Supreme Court, however, did not persuade the commission to rethink its animus nor its tactics. ADF revealed that following the SCOTUS ruling, two commissioners reiterated their support of Rice’s anti-religion rhetoric:

“During that discussion, Commissioner Rita Lewis said, ‘I support Commissioner Diann Rice and her comments. I don’t think she said anything wrong.’ Later, Commissioner Carol Fabrizio added, ‘I also very much stand behind Commissioner Rice’s statements…. I was actually proud of what she said, and I agree with her…. I’m almost glad that something the Commissioner said ended up public and used, because I think it was the right thing.’”

The commission’s behavior was so blatant, a one member of the commission felt obliged to call state Representative Dave Williams and report on his fellow commissioners’ anti-religion bias. Regarding the commissioner’s call, Rep Williams made a sworn statement in which it was revealed that “the commissioner expressed a willingness to speak publicly about this anti-religious bias, but feared what might happen if they did.”

Jack Phillips suit against the state of Colorado

In an effort to end the commission’s persecution, Phillips filed a suit against the state of Colorado for anti-religious bias. Phillips contended that the state violated his First Amendment right to exercise his religion by showing a persistent hostility toward his religious beliefs and by forcing him to use his artistic skill to create messages that violate his beliefs. Lastly, Phillips claimed the state was biased in the enforcement of its laws, a violation of due process contained in the 14th Amendment.

Another win for Phillips and religious freedom

Due in part to the commission’s documented anti-religion prejudice, the state of Colorado dropped its latest case against Jack Phillips. In return, Phillips agreed to drop his suit against the state.

Phillips maintains that he has and “will always serve everyone who comes into my shop; I simply can’t celebrate events or express messages that conflict with my religious beliefs.”

We hope that Jack will be able to go forward now and continue to serve his customers free from anti-religion bigotry and harassment by the state of Colorado. Phillips is only one of a growing number of business people who find themselves having to defend their right to live in accordance with their religious convictions.  He serves as an example to all of us in standing up to government gone wrong and fighting for our constitutional rights of conscience and free speech.

What's wrong with the Colorado legislature to allow this state commission to simply harass this business? This commission was formed for specific purposes, but apparently they have carved out a niche for themselves to eliminate religious conviction from the public marketplace. Surely there must be more worthy causes to pursue.

I would say that he as an American has the right to do what he wants in his own shop. he isn't a hired worker, he owns the shop. he more than likely would have made a cake for them but not have things they wanted on it and I can see his point. I wouldn't want to do those things either. he took a stand in which we are all going to have to do eventually to have our religious freedom in America.