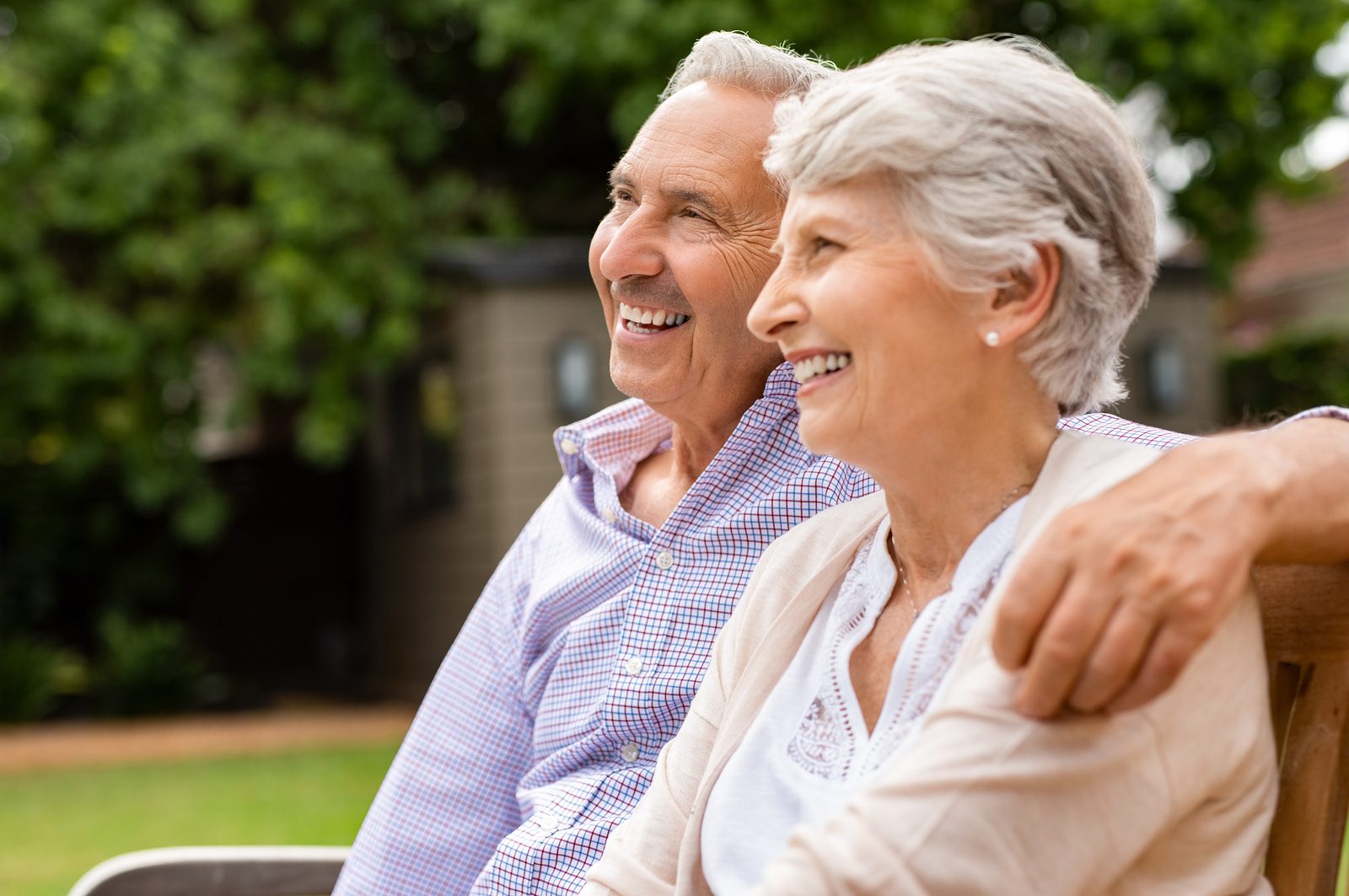 MYTH: A good measure of the quality of your relationship or marriage is how alike you are and how infrequently you disagree or argue.

TRUTH: The best and most exciting marriages are between strong individuals who relish rather than resent their differences; who each have their own unique opinions and can disagree, debate, and learn from each other. “How you resolve” is a better measure than “how often you need to.”

TRUTH: If a disagreement is spiraling out of control, it’s better to put it on hold and revise your motto to: “Never let the week end without talking through and understanding any lingering concerns.” And loving, committed relationships can be maintained despite unresolved differences.

TRUTH: You should work to complete yourself and should support your spouse in that same personal quest.

TRUTH: Marital conflict resolution or mutual understanding is a growing process and a learned skill, and there are three basic methods that are almost always helpful.

TRUTH: Children need to know that their parents are two separate individuals who sometimes have different opinions. It’s okay if they see you disagree, but they also need to see you resolve and make up.

We got married in the summer of 1969, exactly one week after Neal Armstrong took one small step on the moon. It was a turbulent time with a war in Vietnam and all kinds of protests and upheavals at home. But we viewed our marriage as the calm center of the hurricane, sure that our love would produce ever greater peace and harmony in our personal lives.

It didn’t take us long to wake up. We married in Utah and our honeymoon was our drive to graduate school in Boston. We rode along in Linda’s massive Ford Galaxy, pulling Richard’s bathtub Porsche disguised as a trailer and crammed full of all our earthly belongings. During those five days on the road, we discovered countless ways we were different from each other and countless subjects on which we disagreed. The smooth lovely bubble of our courtship burst, and we entered the rough and real world of merging two very different lives. There were times on that drive when we thought we should turn around and other times when we thought we had better unhook the Porsche and set it off in the opposite direction.

Most of us assume, at least early in our relationship, that the D’s are bad and the A’s are good. That is, agreement and being alike are good; disagreement and differences are bad.

But the whole concept is a myth.

Compatibility is a learned skill and—particularly for two strong-willed, opinionated people—it never comes easily. And when we think the route to it is to become clones of each other and to view the whole world in exactly the same way, we are not only kidding ourselves, but we are shortchanging ourselves and underestimating the power, purpose, and pleasure of being different. Often, being different leads to finding a third way that is better than either of the original ones.

We run across so many couples who think that the goal is to be alike and in agreement all the time. However, this is a myth that brings discouragement and guilt and that undermines happiness.

In fact, those two A’s may be the worst measurements of marriage that we know.

These are some far better yardsticks of progress:

So, let’s begin by changing our measurements and appreciating our diversity and differences.

The best marriaging occurs when partners continue to progress as who they are; in fact some differences may actually get larger, expanding the possibilities for synergy. Differences that combine and complement each other add up to a lot more than two people trying to clone each other.

If you and your spouse were perfectly alike, there would be no dynamic tension, no need to debate or resolve or come together, and very little excitement.

The Gottman Institute’s research on successful couples shows that happy, long-term marriages never actually achieve full agree- ment on the majority of their conflicts. Therefore, in this book whenever we use the term “conflict resolution,” we are referring either to agreement, compromise, or an amical ability to understand and respect each other’s viewpoint. Successful couples learn to sus- tain and even improve their marriage relationship by re-engaging their honest disagreements from time to time, while soothing each other with a re-commitment to their loving marriage. This authentic exchange demonstrates the truth that loving trust is more powerful than the need to resolve every disagreement once and for all. The power of trustworthy love is proven and enhanced in the crucible of conflict—if the couple treats each other the right way in the face of disagreements.

Why You Don’t Want a Conflict Free Marriage

Many years ago, I (Richard) was on a plane and happened to be sitting by a distinguished-looking British fellow who told me that he had been a marriage counselor for more than forty years. He mentioned that during all that time he had discovered only three kinds of marriages that were completely conflict-free.

Interested, I grabbed my pencil and notebook and asked him what they were.

“The first kind of conflict-free marriage is one in which one of the two parties is totally dominant and domineering, and the other is such a doormat that there is never any disagree- ment,” I remember him saying. “The one just calls all the shots and makes all the decisions, and the other one just goes along.”

That discouraged me a little, but I still had hope for the other two.

“The second kind of conflict-free marriage,” he said, “is becoming much more common these days. It occurs when two people have basically a marriage of convenience. They live such separate lives and have such separate careers and schedules that they really don’t have anything in common to disagree on or have conflict over.”

By that point, I couldn’t wait to hear what the third type would be.

“The third kind of conflict-free marriage,” he said, “is where either the husband or the wife is dead.”

He obviously had a droll, English sense of humor, because he said it with a straight face.

I didn’t know how to respond, so I just stared at him. He then hammered home his point.

“I mean it,” he said. “In all my years of marriage counseling, those are the only three kinds of marriage where there is never a conflict or an argument. So unless you want one of those, you better have some other way of measuring your marriage than an idealistic notion that you must always agree with each other.”

We have thought and written a lot about that little conversation over the years and have come to the conclusion that the man was right. In fact, we have concluded that the best way to measure a marriage is not how often there is dis- agreement, but rather how differences are resolved and how much is learned from them.

As some good friends of ours say, “Communication breakdowns can bring communication breakthroughs.” Of course “can” is the operative word. It takes real effort to turn differences into synergy.

During his final years, Elder LeGrand Richards lived in our ward. We often think of this great and wise mentor of ours who was ninety-five years old when we asked him the secret to his longevity. He thought for a moment and then said, “Well, way back nearly seventy years ago when my wife and I were married, we made a solemn pledge that we would never fight or argue within the walls of our home.”

That was interesting, but we thought he had missed our question. But then, with a twinkle in his eye, he continued, “That’s how I’ve lived so long—spent so much time in the out of doors!”

It can actually be a problem when children think their parents never argue or differ on anything, because it gives them unrealis- tic expectations for their marriages. It’s much better for children to know that their parents are each individuals and that they sometimes differ—but that they always work things out and learn together.

After delivering a speech once, we had a young couple come to us and say, “There must be something really wrong with our marriage because we have only been married a year and we had our first disagreement last week.”

We said, “Wow, your first one? After a year? Yes, something must be wrong if you haven’t had more arguments than that.”

All real marriaging has disagreements—the important things are how we resolve them and grow from them. Unity does not imply a total absence of differences or personal opinions. In fact, it is the differences, dealt with in harmony, that makes marriage both interesting and growth-oriented. A marriage is successful based on how those differences are used, addressed, and resolved.  And the best measure of a good marriage is not how often you disagree how but how well you resolve and learn from those differences.

To order an advance copy of The 8 Myths of Marriaging, CLICK HERE.

I hope we aren't in danger of putting disagreements on a pedestal here! After 49 years of marriage, my husband and I agree on most things that are truly important to us---the gospel, our political affiliations, and many other issues. We find a lot of joy in the things we have in common, especially our sense of humor. While we occasionally just have to "agree to disagree", we usually have a peaceful relationship. Neither one of us is a "doormat," and we both speak our minds about how we feel. It IS possible to have a peaceful and mostly agreeable relationship without any sense of boredom. I don't think I would want to stay in a relationship where my husband and I were disagreeing all the time.

I have a friend whose marriage is without disagreement. Her daughter once told her that it was a disadvantage to her in her marriage because she didn't know how to have a disagreement with her husband! She'd never seen one! I said, "Send her to my house. I'll show her." I have a son who said, "Thank you for showing me how to have disagreements in marriage. It's really helped." He'd seen us disagree for years. We don't call each other names. We don't bring up past disagreements. When I'm feeling especially inspired instead of frustrated, I just burst into prayer. Right there. Praying in the middle of a disagreement automatically softens voices and invites the Spirit to help. There have been times when I've gotten very upset, and that's when I get quiet. My husband is aware that "the silent treatment" is actually better than my saying what I'm thinking at that moment. I'd rather not have to apologize for saying the wrong thing when I'm up on my high horse. If I had the unrealistic expectation that a truly eternal marriage would be between two people who never disagree, are never thoughtless, and never hurt each other's feelings, we wouldn't have lasted 43 years.