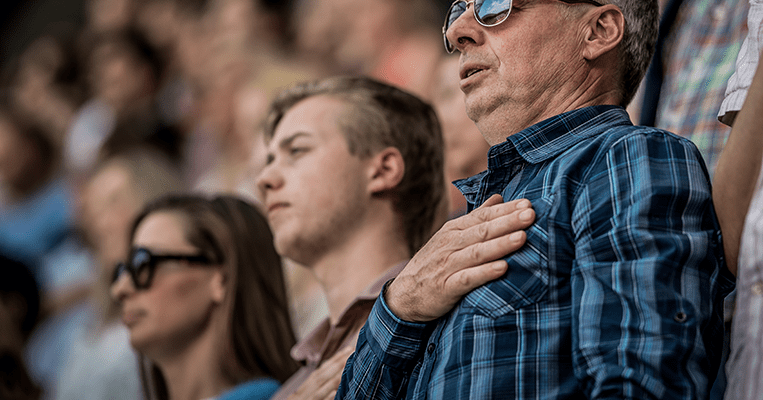 Back in November, Dallas Mavericks owner Mark Cuban suspended the playing of the national anthem before home games. Because stands sit empty due to coronavirus restrictions, nobody noticed until Tuesday.

There’s no good reason why the “Star-Spangled Banner” should be controversial. Do people seriously wish they were British subjects instead? Do they resent that America is the “land of the free and the home of the brave?”

But America’s professional sports have made America’s national anthem the chief target in their passive aggressive war against America. It started back when former quarterback Colin Kaepernick refused to stand with other players while the anthem was played, saying he was protesting America’s “systemic racism.” It spread to other players and teams and even crossed into basketball. Then they added another song at the beginning of games. Teams in both the NBA and the NFL have taken to playing what’s known as the “Black National Anthem” alongside America’s official national anthem.

Last time I checked, there is no “black America” and “white America.” There is only one America. And the Star-Spangled Banner plays before major sporting events so all Americans can celebrate that fact. But this season, Mark Cuban canceled America’s national anthem. After previously saying they didn’t care, the NBA today reversed course and said the national anthem must be played.

While the NBA grows more confrontational in their condemnation of America for the so-called institutional racism behind a handful of incidents of police brutality, they have silenced their own players and staff who have attempted to speak out on China’s human rights abuses.

To read the full article on FRC, CLICK HERE.

I am a deeply patriotic individual who loves his country very much. I generally have not agreed with a lot of Mark Cuban's political comments but this is one where I do, the simplest way to put these athletic protests to rest, is stop playing the national anthem. We don't do the national anthem at plays or concerts or movies or any other large public gathering, why do athletic events seem to have the corner on the market so to speak ? The National Anthem should be sung at political events or military events, once in a while at church or some type of community event but lets stop at any other, especially sports events.