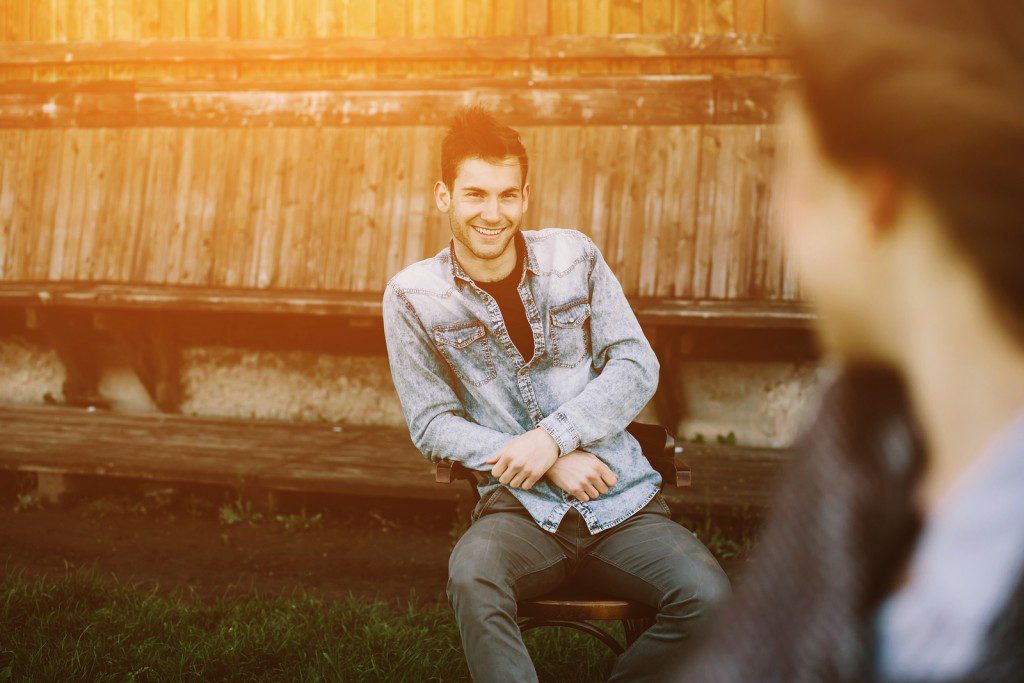 Each of these types of attraction differs in some way. Yet, those who wish to manage their attraction and to avoid acting on that attraction, often benefit from the same wise practices.

The Cause of Attraction

Physically attractive people are often people whose faces possess great symmetry and whose bodies are in proportion. From an evolutionary perspective, women with physical characteristics that would hint at capable child-bearing become attractive to men who desire to become fathers. Men who look like they could overpower a saber-tooth tiger will often be attractive to women wanting protection.

Physical characteristics may not make the greatest contribution to attraction, however. When I assess a couple coming in for counseling, I ask what attracted them to one another in the first place. Sometimes the attraction was purely physical, but more often they were attracted to one another because they “clicked.” “We have the same sense of humor.” “He understood me like no one ever had before.”   “I could tell that she cared.” “We have so much in common.” “We have the same goals,” they say.

Business professionals will often teach salesmen the way to bond with a customer is to find something that you have in common (whether it’s true or not!) Feeling like someone shares your world view, or your experiences will make them very attractive to you. Obviously, emotional connection does not lead to a desire for physical connection in every instance, but when it does, the feelings mandate attention.

Whether attraction is first physical or first emotional, it’s relatively easy to avoid an inappropriate attraction, and even easier to avoid acting on an initial attraction. Emotional attraction will not occur unless a conversation takes place that is more than casual. You’re not going to become emotionally attracted to someone you know little or nothing about. For example, if a boss takes his secretary to lunch and they only talk about business, he probably won’t find himself attracted to her emotionally. However, if he begins to talk about the problems in his marriage and she sounds infinitely sympathetic, attraction will be sparked.

Therefore, to avoid a risky emotional attraction, intimate conversations should be restricted to safe people. If a boss needs advice about his marriage, a single woman is the last place he will want to look for that advice. Casual conversations about sports, restaurants, movies, can be relatively innocuous. But when you begin to share feelings, the risk of attraction increases.

Physical attraction may occur in an instant, but it grows because we feed it. If a young man is attracted to someone he spots in the locker room, the smartest thing to do is avert his eyes and check his thoughts. Physical attraction grows when the initial attraction is fed with daydreams and fantasies. A young man who ponders the abs and the biceps of the object of his affection will exacerbate the attraction without uttering a single word.

Rather than pondering the physical characteristics of the person that constitutes a dangerous attraction, it’s helpful to consider the entire person, not simply their body parts. A woman is not simply an assembly of breasts and buttocks. She is a daughter, perhaps a professional, perhaps an athlete, perhaps an artist, perhaps a mother, perhaps a wife. She has feelings. She is real. If you cut her she bleeds. She can get hurt. It’s harder to exploit a person than it is to exploit a body part. Therefore, if the body part becomes a person, the attraction may turn to respect or compassion. Allowing the person to be fully human makes it harder to use them for physical pleasure.

Youth with inappropriate attractions frequently have unmet emotional needs. They may feel insecure, lonely, inadequate, lost, confused, angry, depressed. Anybody who comes along to meet those needs, male or female, older or younger, will be embraced. Youth who “pour their hearts out” to a stranger on the internet may feel attraction to someone they have never met. Therefore, when a young person appears unhappy, it’s important to conscientiously address the cause of that unhappiness, rather than dismiss it with thoughts like, “It’s just a stage,” “It will pass.”

It’s also extremely important to help youth see one another as whole human beings, not just a collection of body parts. Because adolescents are changing so rapidly, and their new bodies often surprise them. They may want to celebrate their new bodies and show them off in exhibitionistic ways. We need to help youth see themselves, as well as others, as whole individuals, with magnificent bodies designed to help them fulfill their purpose in life, a purpose that requires a mind, a personality, their entire soul.

JeaNette Goates Smith is a Licensed Mental Health Counselor and Licensed Marriage and Family Therapist in Jacksonville, Florida. Her latest book is Unsteady Dating: Resisting the Rush to Romance available at www.amazon.com

I think attraction, sometimes, has more to do with a family connection than anything else...not that I am promoting incest, so don't even go there. No, I'm talking about how I personally have found someone else attractive and really didn't know why until I realized that she was a fifth cousin by being friends with her and asking her if she would like me to help research her family history. Sure enough, we are fifth cousins. So, in other words, sometimes we are attracted to people because we knew them from the other side before we were born. They are kindred spirits to us and so what comes out the earthly experience between you and them is determined by how you choose to proceed with the attraction.