“Lord, it is good for us to be here” | Meridian Magazine 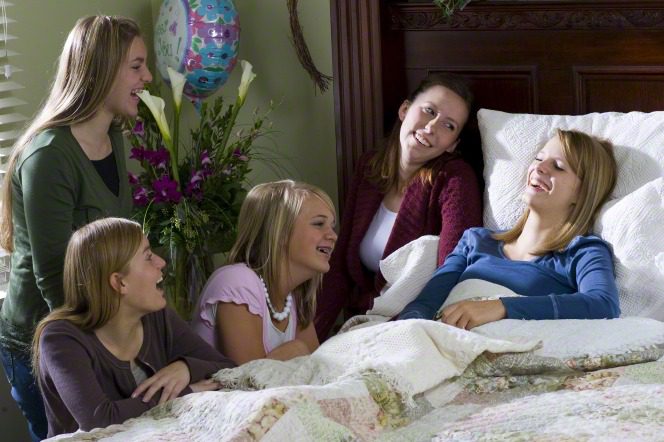 From time to time, when I worship with my home congregation or, as tonight, visit with good friends (some of whom will shortly be leaving to serve others overseas for a couple of years) and share, among other things, “talk of poems and prayers and promises and things that we believe in,”1 it suddenly hits me how good it is — and how blessed I am — to be part of such a community.

This is especially apparent to me at times of great loss and sorrow, such as my wife and I and many other have experienced.  But it’s very clear at other times, too.  As I listen to the testimonies borne by members of the ward — including some whom I know quite well — I thought of the history, the sorrows and the fun times, the jokes and the expressions of deep commitment that we’ve shared over the years.

To live in a caring community that is both very local and intimate and that, at the same time, is replicated and represented around the world, is a deeply good thing.

Consider, for example, those times of loss.  We see the goodness of belonging to the Church when bishops take time from their personal duties and interests — we have a lay clergy, and this is what bishops continually do — during a weekday to preside over and conduct the memorial services for a departed member of the congregation.  We see it in the kindness of the Relief Society sisters of the ward, who provide excellent food for the grieving extended family at the post-funeral luncheon, and who stay after the family leaves to do the clean-up.  Ward choristers and ward organists throughout the Church also commonly take time out of their private lives to help.  A small example:  As we exited the building to go home after my mother-in-law’s funeral, I saw the first counselor in her bishopric, who had been sitting with the bishop on the stand during the service, now changed into everyday clothes and pushing a broom to clean up the cultural hall where the luncheon had been held.

Such things are so common — many active Latter-day Saints, if not the overwhelming majority, will have provided similar service in such cases, and probably many times — that we tend to take them for granted.  But we shouldn’t.  They’re a wonderful thing.

I find myself thinking of what Alma the Elder said to those who had followed him in fleeing out the land of Nephi, as those words are recorded in Mosiah 18:8-10:

“Behold, here are the waters of Mormon (for thus were they called) and now, as ye are desirous to come into the fold of God, and to be called his people, and are willing to bear one another’s burdens, that they may be light;

“Now I say unto you, if this be the desire of your hearts, what have you against being baptized in the name of the Lord, as a witness before him that ye have entered into a covenant with him, that ye will serve him and keep his commandments, that he may pour out his Spirit more abundantly upon you?”

I revert to the passing of my wife’s mother, now more than five years ago:  Neighbors and friends supplied food and caring words to us and to the other members of her family.  We were moved to see so many from our own home ward among the substantial attendance at the funeral service, a solid hour’s drive to the north from where we live.

On the night that my mother-in-law died, a good friend, a member of the Mormon Tabernacle Choir, felt prompted to drive up with her daughter in order to visit my wife at the hospital where she was keeping vigil at her mother’s bedside.  At my wife’s request, they sang a duet in the hospital room, of “Where Can I Turn for Peace?” by Emma Lou Thayne and Joleen Meredith:

Where can I turn for peace?
Where is my solace when other sources cease to make me whole?
When with a wounded heart, anger, or malice,
I draw myself apart, searching my soul?

Where, when my aching grows?
Where when I languish?
Where, in my need to know, where can I run?
Where is the quiet hand to calm my anguish?
Who, who can understand?
He, only One.

He answers privately,
Reaches my reaching,
In my Gethsemane,
Savior and Friend.
Gentle the peace he finds
for my beseeching.
Constant he is and kind,
Love without end.

(Our friend actually appears in this video of the Tabernacle Choir performing the hymn.  She’s the one wearing the reddish dress.)

It was a very sacred experience for my wife, and, at her request, I pass over the details.

“Thou shalt live together in love,” said the Lord to Joseph Smith in a February 1831 revelation given at Kirtland, Ohio, “insomuch that thou shalt weep for the loss of them that die, and more especially for those that have not hope of a glorious resurrection.  And it shall come to pass that those that die in me shall not taste of death, for it shall be sweet unto them.”  (Doctrine and Covenants 42:45-46)

And, indeed, the members of this community do “live together in love.”  It’s not without tensions and frictions, and I’m sure that there are others out there who are blessed to live in loving communities of faith and hope, but it’s remarkable nonetheless.  When I was a student living in Egypt many years ago, the director of the Fulbright-supported program in which I was studying confided to me that, if he had to make a choice between a non-Mormon, on the one hand, and, on the other, a Mormon who had scored a slightly lower score on the qualifying exam for the program, he would take the Mormon.  Why?  Because — he said — non-Mormons tended to arrive in the vast, disorienting, very foreign city of Cairo and, in too many cases, implode from culture shock.  Whereas, he said, you Mormons have an instant and supportive community from the very moment you land.  Which was and remains absolutely true, in Cairo and elsewhere.

Some disaffected members of the Church claim to have found it oppressive, to have been injured by it.  I don’t doubt that bad things happen.  We are, after all, a community composed of fallible and imperfect humans.  I don’t discount their stories — though, sometimes, I also marvel at how utterly foreign to my experience in the Church and with the Saints the narratives a few of them tell are.  I mourn for them.  I would like to help them, if I could.  I wish them well.  I wish they would return.

Overwhelmingly, though, I consider it one of the greatest blessings of my life to be a part of the community of the Latter-day Saints.

I definitely don’t understand the hostile secular critics who want to detach believers from their faith, and, if possible, to pull the Church from its foundations.  I think, in this context, of the words of the high priest Giddonah to the anti-Christ Korihor in Alma 30:22.  Giddonah seeks to know why Korihor wants to destroy the faith of the ancient Nephite saints, and “to interrupt their rejoicings.”

I’m curious about the same question.  Do the secularists have anything better to offer?

I’m a believer.  I’m convinced that the claims of the Church of Jesus Christ of Latter-day Saints, incredible as they certainly seem to many, are actually true.  But even if they turned out to be false, even if our lives were merely a flickering candle surrounded by an eternity of pointless darkness and soon to be extinguished by it, the Mormon way of life, in the company of the Saints, is a very good place to be.

I have experienced both the support and the false judgements of ward members, particularly from bishops and their counsellors. At times I have been extremely angry at them for making accusations or assumptions without bothering to ask questions. The experiences have made me wary of trusting them or turning to them in times of need. I do wish the Church had not eliminated older singles wards. The singles understood the challenges and trials faced by other singles. The married have much to learn. I am tired of being one of the people they learn on.

Thank you for your affirmation of the "goodness" of belonging to and being part of this wonderful community of the LDS church. So well stated. Your insights were refreshing.