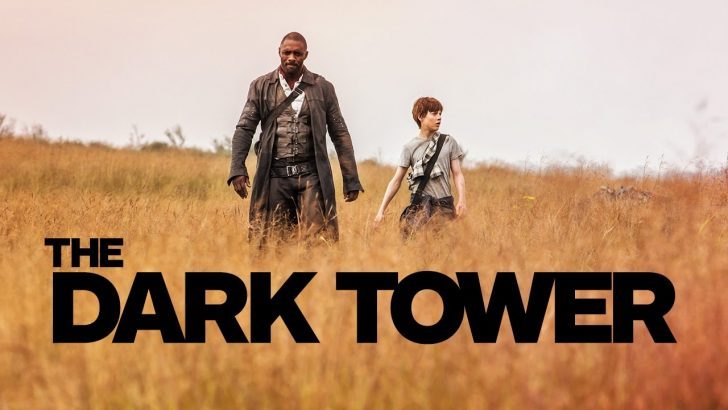 Is Hollywood the Enemy…or a Potential Ally?

For some time I have gone by the moniker “Mormon Movie Guy” to provide Hollywood reviews from a Latter-day Saint perspective, assessing films for quality, content, and Gospel parallels. In my experience, movies provide an opportunity to share eternal truths and testimony.

Rather than treat Hollywood as a moral enemy, I look for opportunities as a moviegoer to “prove all things, hold fast that which is good” (1 Thessalonians 5:21). Rather than passively consuming media, I believe actively viewing it from a Gospel mindset allows us teaching opportunities, such as when my father took the opportunity to teach me about the Old Testament after we watched Raiders of the Lost Ark.

To that end, I’ve enlisted fellow Latter-day Saint reviewers to aid in providing film reviews from our unique perspective. Mormon Movie Guy is being renamed as Mormon Moviegoers. You can follow our Facebook page to see when our reviews go up. We also invite you to join our Facebook group to leave your own reviews and Gospel insights as well as read those of others.

While the Brethren have given clear counsel regarding media standards, these standards are guiding principles. As Elder Ballard has said, “We need to hold family councils and decide what our media standards are going to be.” (Let Our Voices be Heard, October 2003 General Conference). Because of this, your responsibility, our reviewers will not decide whether a film is appropriate for you and yours. What we will do is review films rated PG-13 and below (no R-rated films because of our family focus) and break down potentially offensive content, artistic merit, and Gospel parallels so that you can make an informed decision.

We start this week with Logan Lucky and The Dark Tower. Let us know in the comments what upcoming film you’d like us to review next!

Two brothers enlist the help of a convict to try and pull off a heist during a major NASCAR race.

Director Steven Soderbergh (the Ocean’s 11 trilogy) is back in the business after taking a few years off, going back to his roots of directing a fun heist movie. Logan Lucky is the story about two brothers who have spent most of their lives experiencing one bad thing after the other. Never being able to really catch a break they decide to take matters into their own hands. What ensues is a funny and entertaining series of events that makes for a good time. Where this movie really stands out is in its performances of all the lead characters. Channing Tatum does a fantastic job at creating a down-on-his-luck, but likable, character that you can really get behind and cheer for. Adam Driver (Klyo Ren from Star Wars The Force Awakens) plays Tatum’s brother in the film and gives a performance that is both subtle and forthright. He’s a blast to watch and gives a lot of layers to his character.

Daniel Craig (aka James Bond) plays completely against type here by playing an incarcerated convict named Joe Bang. It’s a blast to see Craig having so much fun with this role. He’s both funny and charming. The rest of the supporting cast also does a great job. The only one that I felt was a bit over the top was Seth MacFarlane as a British businessman. The southern setting also made for a great back drop for this story to be told on. It loses some points for being a bit slow in parts; it’s also not quite as memorable as I think it wants to be. With that said though it’s a very entertaining and enjoyable experience at the movies. It’s a shame that, financially, it’s looking like the film won’t make back its budget.

Logan Lucky is rated PG-13. There are a few fist fights throughout. One character breaks his nose. Along with that there is also a scene of a prison riot. There are few shots of women wearing revealing clothing. One f-word and mild profanities throughout.

Standing by those we love is important, especially when things get hard (see Ruth 1:16). Create your own luck, don’t wait for others to do it for you. In order to accomplish our goals many times we need help from others (see Exodus 2:16-17). Family bonds and relationships are important to help us get through the trials we face (see The Family- A Proclamation to the World).

Thomas Olsen is currently a graduate student studying professional counseling. He also hosts a podcast called Superhero MovieCast that focuses on reviewing, analyzing, and discussing the inspiring themes of superhero movies. You can find all the latest episodes on iTunes, or the podcast app!

The Dark Tower stars Idris Elba (Thor, The Avengers) as Roland, the last Gunslinger, and Matthew McConaughey (How to Lose a Guy in 10 Days, We Are Marshall) as Walter AKA “The Man in Black”. The story begins with young protagonist Jake (Tom Taylor) who has a bad home life and constantly dreams of a place that no one believes exists. But when Jake gets a visit from the Man in Black and runs away from home, he finds himself in another realm and confronting the reality of his nightmares. He meets Roland, who he recognizes and tries to convince him to follow his duty as a Gunslinger to protect The Dark Tower, a mystical thing that holds the universe together. Roland, who has been in a battle with Walter over the Tower for many years has trouble accepting this responsibility.

This is one of those movies where I feel like the ideas behind it were solid, but the script and some of the acting choices really fell flat. While Matthew McConaughey certainly looked the part of the villain, his delivery just wasn’t there. He’s been in several too many rom-coms to be in a film like this, and quite frankly he just doesn’t have the versatility required. Adversely, while I think Idris Elba is a great actor, it seems like the script just didn’t allow for him to utilize enough of his character, which was disappointing. Tom Taylor who plays Jake did quite well, considering his very limited work experience. There were some cool lines, which seem to be pulled directly from the source material, Stephen King’s book series of the same name. There wasn’t very much time spent on world building, and what we did get seemed unimportant. The costumes were cool, but not spectacular, pretty much like everything else in this film.

The Dark Tower is rated PG-13 for thematic sequences of gun violence and action. I probably say this movie is appropriate for ages 10-12 and up. It has some disturbing scenes where people wear faces that aren’t their own, and children are sucked of their life-force. There is fighting and minimal blood, but not a ridiculous amount. There are a few moderate profanities (s-words, etc).

Families can be reunited, even after death. Life may take you directions you didn’t expect, but it can be for your benefit and happiness (see D&C 122:7).

Moriya Porter is a creative writing student in Orem, Utah. You can find her thoughts and reviews on movies and media at moriyasmediamind.blogspot.com