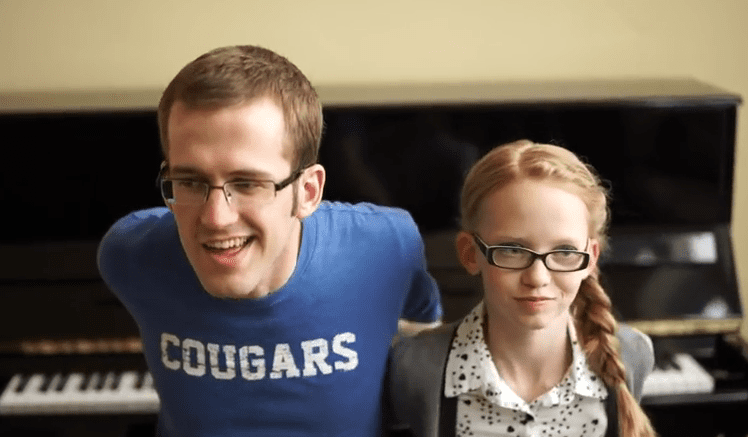 Two local Utah pianists who took the internet by storm earlier this year with their “Dueling Piano Siblings” Frozen Mashup have advanced to the finals of the Utah Music Awards Audience voting.

Sara Arkell (The Piano Gal) and her friend Jason Lyle Black released a video on YouTube that covered popular songs from the blockbuster Disney film Frozen. The video now has over 3 million views on YouTube and over 50 million on various Facebook pages that have shared the video.

The duo is now hoping to win the Utah Music Award’s Audience Award, which is the fan favorite award determined by your votes. If you liked their mashup and spectacular backwards piano playing, you can vote for them here. Just hit the “Vote for this Video” button.

The winner will be presented with an award on September 12, 2015 at the Covey Center for the Arts. For more information visit www.theutahmusicawards.com

Thank you! An absolute delight listening to and observing your talent - knowing of the time and effort spent to reach such a level of entertainment. You will cheer, bless and brighten life. Most importantly, I cherish witnessing family - brothers, sisters - united in love and 'all things good'. Bless you as you dress this garden of life with your beautiful colors.