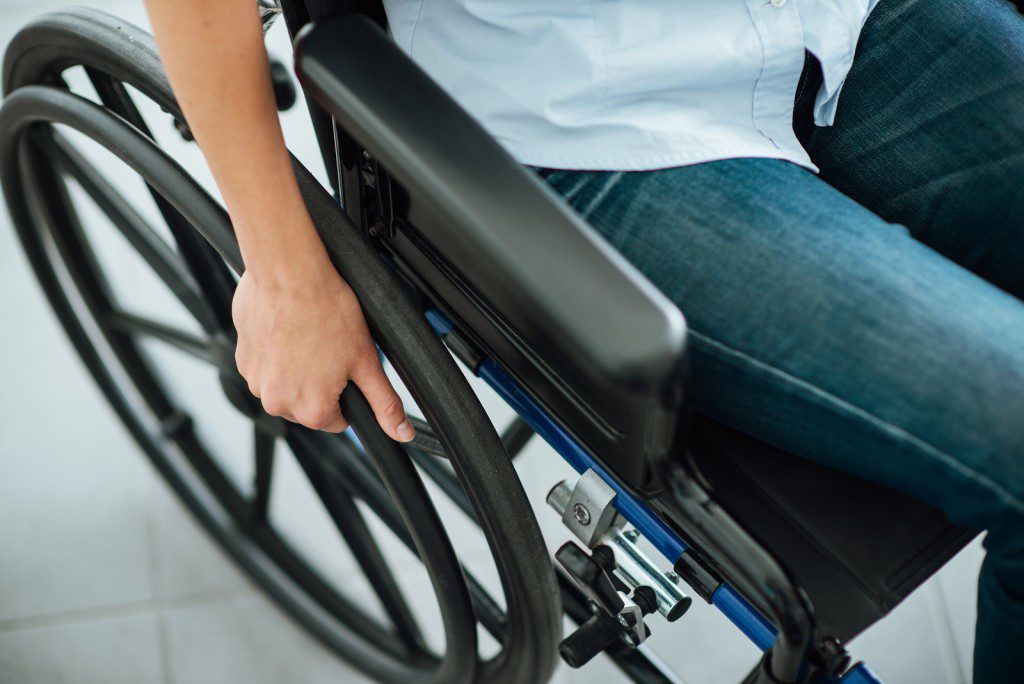 Hailee loved her job working at the nursing home, but there was one challenge she had a hard time with. That challenge went by the name of Bob.

Hailee could handle cleanups, spills, and even the sometimes impatient older people, but Bob’s problem was altogether different. He didn’t want to sleep until he was absolutely exhausted. So most nights, after all the work was wrapped up and all of the other patients were trying to sleep, Bob was noisily rolling up and down the halls in his wheelchair.

Hailee didn’t know what to do. She had tried bribery. She had tried coaxing, begging, and everything else she could think of, but Bob refused to sleep. Putting him into his bed did no good. He would just climb back into his wheelchair. Confiscating his wheelchair wasn’t an option since it was his own personal property.

“I wish we could figure a way to tire him out,” one of the other staff members said.

Suddenly, Hailee had an idea. She checked with the doctor to make sure Bob’s heart was strong enough, then she approached Bob and asked, “Bob, how would you like to race me?”

Bob wheeled his chair around to face her. “As if that would be fair! You’ve got two good legs, and I am stuck in this stupid wheelchair!”

“What if I got myself a wheelchair?” Hailee asked.

Many of the staff gathered around as it dawned on them what Hailee was doing. The halls were more than two wheelchairs wide, so there was plenty of space for racing.

Bob looked at her defiantly. “You wouldn’t have a chance. I’m far more experienced than you are.”

One of the other staff members quickly located a wheelchair. They brought it to the hallway just outside Bob’s door. Hailee laid down a line across the carpet with masking tape.

Bob laughed. “Let’s make the whole loop. That is, if you think you have the strength. I’ll even give you the inside track.”

The nursing home was built in a somewhat circular shape with a big center courtyard. The loop would be about a hundred yards. Hailee hadn’t really propelled herself along in a wheelchair that much before, but she didn’t think it could be that hard.

She climbed into her chair and wheeled it up beside Bob, who was already sitting at the line ready to go. The signal was given, and they were off. Bob jumped to a quick lead, and no matter how hard Hailee tried, she fell farther and farther behind. Not long after she turned the last corner, she saw Bob pulling up to a stop at his door. When she pulled up beside him, he grinned. “What to try again?”

She did, and he beat her by even more, but after a third race, he felt glorious in his victories, but tired, ready to sleep.

The next day Hailee was sore, and wasn’t sure she could do it all again, even though Bob kept badgering her about another race. The other staffers, all happy that Bob slept more, encouraged her to take the challenge. It was with weary trepidation that she climbed into the wheelchair that night.

She was farther behind than ever on the first race. But with her muscles warmed up, in the second and third rounds the distance at the end was shorter than the previous day.

It became a big event in the nursing home after that. The other patients refused to have their doors shut until after the race each night so they could cheer as the two went past their doors. As the distances between Bob and Hailee continued to grow shorter, Bob started watching the chariot races from Ben Hur for motivation. But on the day that Hailee was sure that she could at least tie, she came to work and received some bad news. Bob had suddenly and unexpectedly passed away. But at the end, he had spoken a message for her which those on the day shift had written down. They gave her the note.

She smiled through her tears as she read, “Hailee, you better keep practicing so you’re ready for a heavenly wheelchair race when you come.”