Lessons from the Founding: The Budget Deficit and What the Framers Would Have Done About It | Meridian Magazine 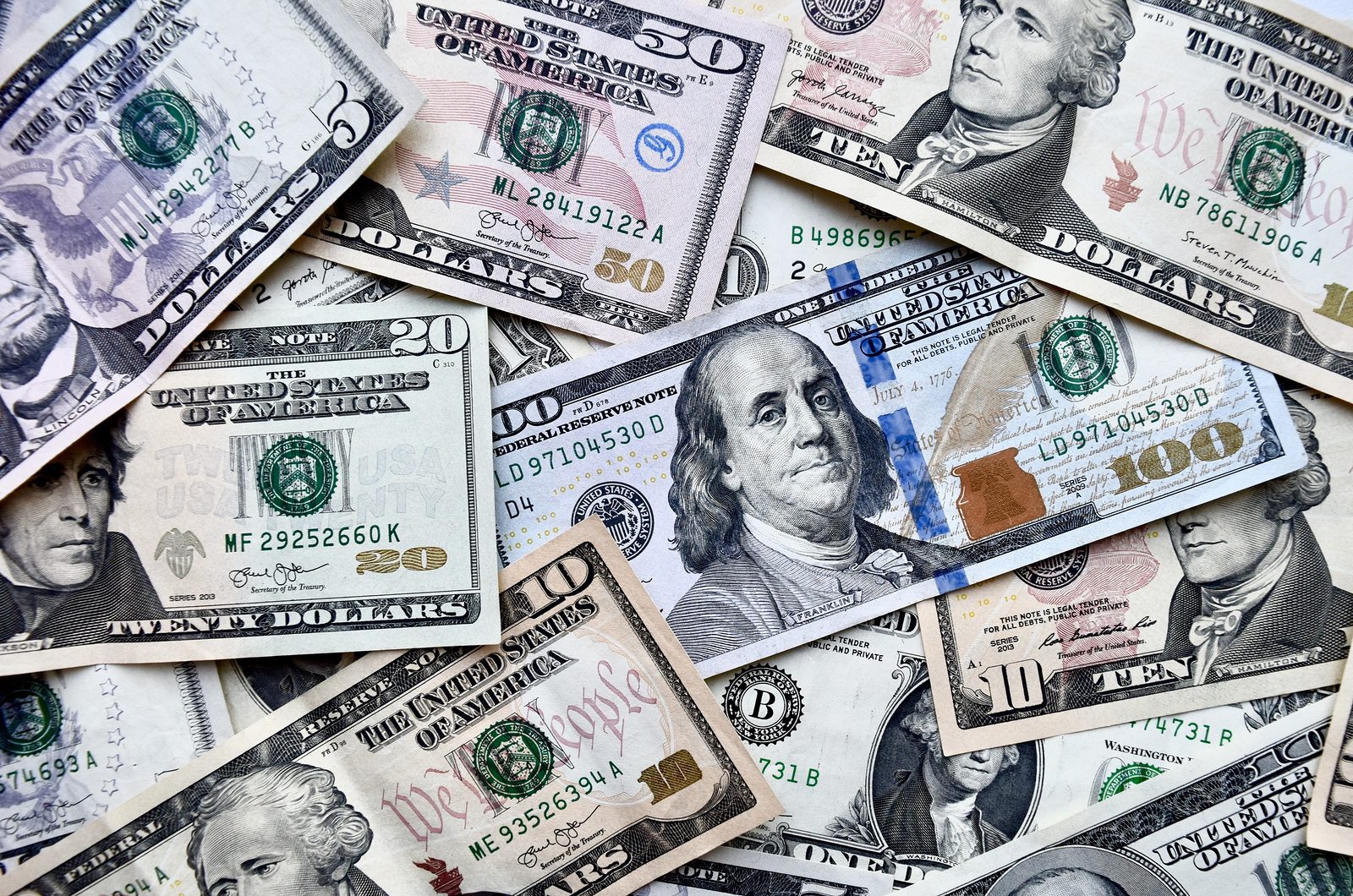 Lessons from the Founding: The Budget Deficit and What the Framers Would Have Done About It

Many years ago, as a young lawyer, I vividly recall hearing about a case involving parents who, to satisfy their immediate extravagant wants, stole from their children’s trust fund. The public was aghast and found the act to be reprehensible, warranting criminal and civil punishment. Today, we sadly may be like those parents – when we support an increase in the federal deficit we are effectively stealing from our children’s future.

The President’s initial 2020 federal budget request was for $4.829 trillion in expenditures, with a deficit of $984 billion. The President’s initial budget request, even before relief for the disruption attributable to the coronavirus economic shut down, was the largest in our nation’s history during a time of peace and prosperity. Rather than reducing the deficit during times of plenty, we wantonly and dramatically added to it. Then, bad times came unexpectedly, as they so often do, in the form of a highly contagious virus, which required that Congress and the President shut down our economy and engage in unprecedented deficit spending.

With relief for the effects of shutting down the economy already adding approximately $3 trillion to the record deficit previously planned in the 2020 budget, the Committee for a Responsible Federal Budget projects that debt in the United States will be in the neighborhood of $21 trillion this year, which will be substantially greater than the annual gross domestic product. To put this in perspective, our debt-to-GDP ratio will be significantly higher, as a percentage, than it was during the perilous years of World War II.

Tragically, the debt picture for 2020 is even bleaker than previously noted. Given the likelihood that there will be fourth relief package that could easily exceed $1 trillion, our federal budget deficit for 2020 may actually exceed $5 trillion. It is not surprising, therefore, that the International Monetary Fund recently declared that the recession caused by the “Great Lockdown” will be the worst economic downturn in one hundred years, leaving us with less tax revenue to pay off our debt. Rather than developing a plan for paying down the deficit, Congress and the President are likely to continue to increase deficit spending in subsequent fiscal years, unless, we the American people, demand fiscal responsibility.

The official debt of the United States government currently amounts to over $70,000 for every American. Even more unsettling, that debt simply accounts for deficit spending. The actual indebtedness of the federal government is far greater than the deficit, because the federal government borrows from retirement (Social Security) and related government funds, sources that are quickly drying up as more baby boomers draw upon rather than paying into the trust fund. The full federal debt currently, before accounting for economic shut down related increases, is over $95 trillion, which amounts to $291,102 for every living American. With increases in deficit spending designed to deal with the economic shut down, the full debt will likely exceed $100 trillion, leaving each American saddled with approximately $300,000 in debt. A family of four will owe approximately $1.2 million. Even more sobering is the fact that many states will also have to engage in deficit spending to cover their virus-related expenses, which will further increase the overall indebtedness owed.

Put in personal terms, my new grandson, who was born just weeks ago, came to earth burdened with nearly $300,000 in debt and his share of that debt could easily double or triple by the time he reaches the age of 18 and is finally able to vote. With each new day, we add dramatically to the debt he will have to bear, debts that he had no choice in incurring. These debts are nothing more than taxes deferred to my grandson and our posterity.

The cry of “taxation without representation is tyranny” helped fuel the American Revolution. Colonists were not directly represented in Parliament, and therefore they argued that Parliament and King George III had no constitutional right to tax them. Parliament and King George responded by asserting they were acting in furtherance of the common good of the entire British Empire and ignored the just pleas of the colonists.  Taxation without representation persisted and war ensued.

“Theft.” In turn, is defined legally as “a criminal act in which property belonging to another is taken without that person’s consent.” Deficit spending and the accumulation of federal and state debt is taxation without representation and the taking of the property of young Americans under 18. The rising generation will one day have to pay the debt, even though they lacked representation or due process in incurring that debt. This taking is little more than a subtle form of theft.

As was the case with Parliament and King George prior to the American Revolution, those in power in both political parties today justify their spendthrift ways by asserting they are achieving public good through deficit spending.  Their intervention to help Americans who could not work during the shutdown of the economy and to save lives can certainly be justified as a public good. Some economists and politicians go even further, however, and argue that these record-setting deficits are not harmful. The President’s chief economic advisor, Larry Kudlow, recently stated that he does not see the mounting deficit “as a huge problem right now.” He added that the deficit is “quite manageable.” Arthur Laffer, an economist who won the Presidential Medal of Honor in 2019, recently argued that the government should borrow as much as possible at time of low interest rates. While Laffer also noted that we should cut spending, he must acknowledge that no recent administration of either party has been willing to limit spending, particularly in these trying economic times.

Despite rationalizations on the part of representatives in both political parties that deficits are not really a problem, as they scurry to fund virus-related relief and to pay for favored projects and tax cuts, common sense indicates that spending more than one brings in creates a debt problem that will have to be addressed by someone someday. Indeed, as debt increases, as it is projected to do over the coming decade, confidence on the part of borrowers is likely to decrease, resulting in a demand for higher interest rates. The day of reckoning will be a crisis of its own. We will no longer be able to borrow against bankrupt retirement funds or may find ourselves in a prolonged recession, the implications of which will create a crisis which will fall squarely on the shoulders of those who presently are not old enough to vote, our children.

Alexander Hamilton and James Madison, who often disagreed, were in full agreement on a particularly important and relevant issue that arose during the founding era – the imperative of paying the national debt incurred in war time. They both successfully supported efforts to pay off substantial war debt by mandating that the post-war priority of the government must be to reduce the burden of the debt, particularly in times of plenty. After amassing substantial debts during the Revolutionary War and the War of 1812, Hamilton and Madison respectively set aside the first funds received, limited spending, and took surplus funds to pay the debt. In doing so, they eventually eliminated the deficit. They knew when better times came, they would have to draw first on revenues to pay off debts and would have to spend frugally. That foresight and sacrifice serve as a great example to Americans today.

Members of the founding generation regularly studied the Bible and understood that Joseph of Egypt wisely put goods aside in times of plenty to ensure that his people could survive times of want. We sadly have done just the opposite, by engaging in record deficit spending in good times, leaving us with little buffer in bad times. The result is that we are taxing the rising generation in an exorbitant manner. We blithely ignore the long-term consequences of our selfish actions, rationalizing away any dire consequences.

As a parent and grandparent, I find this shifting of the burden of the debt from my shoulders to those of my posterity to be chilling. It can be dealt with now, if Congress and the President and every candidate running for office will simply agree that they will pay the debt when good times return. If necessary, Americans who were helped during the economic shut down may have to accept tax increases and all Americans will have to resist the allure of spending. That will require sacrifice on the part of all Americans, who must remember, by analogy, that parents are willing to sacrifice for their children’s future welfare.

We can follow the founder’s example and put a plan in place to pay down the deficit. More specifically, Congress and the President and the American people they represent should agree that the interests of our children and children’s children dictate that they support legislation providing that the first ten percent of all federal revenues be used to reduce the deficit. That kind of austerity demands bipartisan sacrifice, including cutting desired spending and having the courage, if necessary, to increase taxes in an equitable manner. It will also require that we unite as a nation and agree to sacrifice for the good of our children.

Congress and the President will only take this prudent course if we, the American people, demand that they do so. If we fail to demand action and refuse accept personal sacrifice now, we will be little better than the parents who years ago greedily stole from their children’s trust fund.

Rodney K. Smith is a grandfather with twenty-eight grandchildren who directs the Center for Constitutional Studies at Utah Valley University. Dr. Smith is the author of JAMES MADISON: The Father of Religious Liberty and Dolley and James Madison: An Unlikely Love Story that Saved America.

Well written article! When President Bush and President Obama undertook modest stimulus expenditure to combat the contractionary effects of the "Great Recession", it brought conservative Republican "Tea Party" activists out of the woodwork----screaming and railing about the increased deficit and public debt. Where are those deficit hawks today? Well, many are still members of Congress. Some hold senior positions in the Administration.

Thank goodness for thinking people like Rod Smith. Not only is he 'right on' with his views, but he was our very best home teacher in Delaware!!