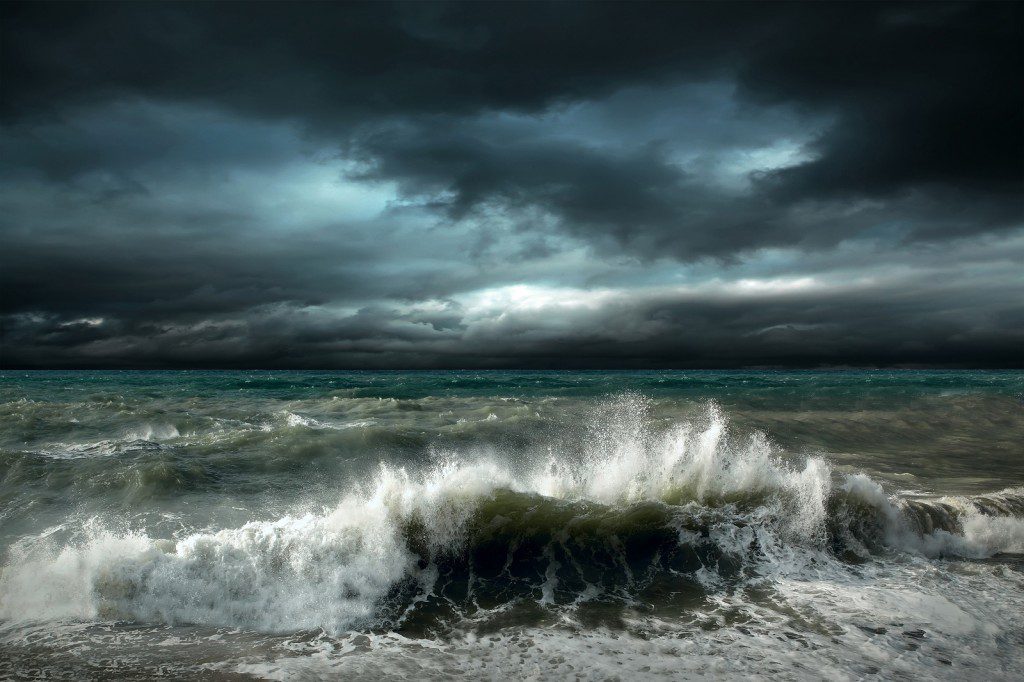 Understand that if we build upon the foundation of Jesus Christ, we cannot fall.

The central purpose of the Book of Mormon is to invite all to “come unto Christ and be perfected in him” (Moro. 10:32).  This lesson is about the necessity of building our lives upon the rock of Christ, for he is “a sure foundation, a foundation whereon if men build they cannot fall” (Hel. 5:12).

As the book of Helaman opens, we find ourselves in a world that should remind us forcefully of our own time.  “And now behold, it came to pass in the commencement of the fortieth year of the reign of the judges of the people of Nephi, there began to be a serious difficulty among the people of the Nephites” (1:1).  This “serious difficulty” was over who should rule the Nephites.  There were several contenders for the judgment seat, and “there began to be a serious contention” (1:2).

We should relate to the book of Helaman because we too live in a time of increasingly “serious difficulty.” As our century begins, we are confronted with murderous and worldwide contentions that are new to us.  Terrorists attack cities. Gangs murder the innocent to get power over nations, just as Kishkumen and Gadianton did. The Nephites had not thought that the very heart of the great city of Zarahemla was vulnerable to attack (1:18); neither did we think that of our great cities-until recently. Once again our world, like the world of the Nephites, is riven by wars we had hoped were finished.

In short, like the Nephites, we live in a time of great uncertainty.  The stories told in these chapters sound like the headlines of our newspapers. The telestial world in which we live is rocking on its foundation.  But we are not left without the promise of safety: “The gate of heaven is open unto all, even to those who will believe on the name of Jesus Christ, who is the Son of God” (3:28).  This simple message of hope is the clear and only answer to the serious mortal difficulty in which we find ourselves.

The Rock of Our Redeemer

In the midst of these rising contentions, Helaman’s sons Nephi and Lehi became weary because of the iniquity of the people and decided, after a long career of public service, to retire and spend the remainder of their days preaching the word of God (5:4).

As they did so, they remembered the prophecy of their father Helaman that the Lord surely should come to redeem his people . . . from their sins” (5:10).  It is this foundational message that the brothers go out to teach, “to declare the tidings of the conditions of repentance, which bringeth unto the power of the Redeemer, unto the salvation of their souls” (5:11).

This message is the foundation of the Gospel.  “Remember that it is upon the rock of our Redeemer, who is Christ, the Son of God, that ye must build your foundation; that when the devil shall send forth his mighty winds, yea, his shafts in the whirlwind, yea, when all his hail and his mighty storm shall beat upon you, it shall have no power over you to drag you down to the gulf of misery and endless wo, because of the rock upon which ye are built, which is a sure foundation, a foundation whereon if men build they cannot fall”  (5:12).

In a day when Satan is beating upon us in full force and fury, this message is needed more than ever. The storms of contention that surround us, the murderous designs of conspiring men, the tide of filthiness-all these are the “mighty winds” of the devil. But if we are built upon the rock of our Redeemer, we dwell safely within his arms and “cannot fall.”

So Lehi and Nephi went to deliver this message of compassion and hope, finding themselves before long in “serious difficulty,” as often in this ironic world befalls those who desire to do nothing but good for their fellow men.  In one of the most dramatic passages in the Book of Mormon, Nephi and Lehi were captured by an army of antagonists and cast into prison “many days without food” (5:21-22).

This prison was a dank and miserable place, filled with about 300 wretched Lamanites and Nephites, a true hell on earth because of its hopelessness. Everyone connected with this prison, inmates and guards alike, were “overshadowed with a cloud of darkness, and an awful solemn fear came upon them” (5:28).   Like the chained inmates of Plato’s Cave, they experienced only darkness and flickering shadows.

In this terrible place, just as the two missionaries were about to be executed, the guards were astonished when suddenly “Nephi and Lehi were encircled about as if with fire, even insomuch that they durst not lay their hands upon them” (5:23).

Then, as a jolting lesson to those imprisoned-both guards and captives-the prison began to tremble.  “The earth shook exceedingly, and the walls of the prison did shake as if they were about to fall to the earth” (5:27).  Four times the earth shook, the walls trembled, and because of the cloud of darkness no one could flee.

Encircled About as if by Fire

As the glorious fire encircles Nephi and Lehi, we are reminded of the promise given by the first Nephi: “The Lord hath redeemed my soul from hell; I have beheld his glory, and I am encircled about eternally in the arms of his love” (2 Ne. 1:15).  We are also reminded of the promise given by Amulek, that the Lord “shall bring salvation to all those who shall believe on his name . . . and encircles them in the arms of safety” (Alma 34:15-16).

The fire that encircles Nephi and Lehi in the prison represents the everlasting burning of God’s love for them.  Those who strive to come unto Christ are never out of his embrace, not for one second.

The backslidden Aminadab, stricken to the heart, teaches them what he has always known: “You must repent, and cry unto the voice [of God], even until ye shall have faith in Christ . . . and when ye shall do this, the cloud of darkness shall be removed from overshadowing you” (5:41).

This is the great answer to the cloud of mortal hopelessness that hangs over the earth and over each soul: to cry unto God until faith in Christ dissipates that cloud and we feel encircled about in the arms of his love.

“Behold, the Holy Spirit of God did come down from heaven and did enter into their hearts, and they were filled as if with fire. . . . and there came a voice unto them, yea, a pleasant voice, as if it were a whisper, saying: Peace, peace be unto you because of your faith in my Well Beloved, who was from the foundation of the world” (5:45-47).  This consolation is promised to all those who cry unto God and repent of their sins and exercise faith in Jesus Christ.

We are reminded in the story of Nephi and Lehi of the prison of fear and despair in which many people find themselves today.  Many are imprisoned by others, victims of false traditions or brutal tyrannies.  Additionally, for various reasons, people imprison themselves in places like this-because of sin, or doubt, or addiction, or a sense of powerlessness. Without faith and hope, this world can be a prison overshadowed with a cloud of darkness, filled with “awful solemn fear.”

Many Latter-day Saints struggle with this darkness and fear.  Clouds of depression and anxiety are common. Many members of the Church often feel they don’t or can’t measure up to a standard of godliness. The fear of falling is epidemic among the Latter-day Saints.  These problems are often the result of a misunderstanding of the Atonement of Christ. Too many try to build their own foundations. Too many fail to turn, as the wavering Nephite Aminadab finally did, and look into the faces of the prophets of God as they converse with angels, and to come unto Christ.

For the promise is clear: “They cannot fall” if they build their lives “upon the rock of their Redeemer” (5:12).  Those who sincerely repent and seek to improve their lives and then repent again and keep trying are the ones who build upon that sure foundation.  Jesus Christ will encircle them eternally in the arms of his love, and will never let them go.