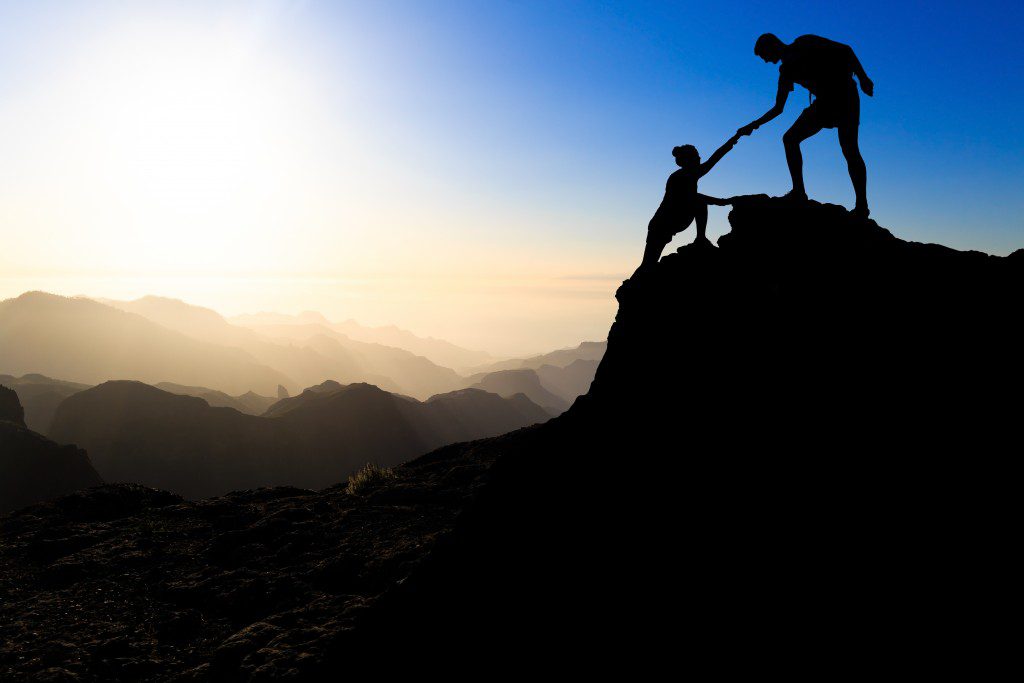 Lesson 11: “Press Forward with a Steadfastness in Christ”

Hugh Nibley once said that the Book of Mormon was written by a bunch of worried men.

In these chapters, which comprise Nephi’s farewell, we sense his fervent love and concern for his people. He says, “For I pray continually for them by day, and mine eyes water my pillow by night, because of them; and I cry unto my God in faith, and I know that he will hear my cry” (33:2). This is not the expression of an indifferent or casual witness, but one who feels most earnestly the power of what he is teaching. Nephi is passionate about his message. “I glory in plainness; I glory in truth; I glory in my Jesus, for he hath redeemed my soul from hell” (33:6) He understands with an intense and expanded imagination the nature of Christ’s gift to us, and because he has charity for his people, for the Jew and the Gentile, he cannot do less than speak pleadingly and plainly.

President Spencer W. Kimball described the desires of a prophet:

“Prophets have a way of jarring the carnal mind. Too often the holy prophets are wrongly perceived as harsh and as anxious to make a record in order to say, ‘I told you so.’ Those prophets I have known are the most loving of men. It is because of their love and integrity that they cannot modify the Lord’s message merely to make people feel comfortable. They are too kind to be so cruel. I am so grateful that prophets do not crave popularity.”(1)

Nephi had tasted of the sweetness of the fruit of the tree of life, and his prayers were to share that delectable taste. You cannot eat, scooping up the fruit with hands full, without looking to share it. After a lifetime of teaching, with exquisite yearning, for the souls of his people, Nephi bids his goodbyes saying, “I pray the Father in the name of Christ that many of us, if not all, may be saved in his kingdom at that great and last day” (33:12), but to those who will not partake, he laments, “I bid you an everlasting farewell, for these words shall condemn you at the last day” (33:15).

The Strait and Narrow Path
Nephi teaches that the gate by which we enter the kingdom of God is baptism by water and then by fire to receive the gift of the Holy Ghost. Yet, once we have entered that gate, the way to eternal life is only beginning. The path we are obliged to take is strait (or strict) and narrow. Nephi tells us, “And now, my beloved brethren, after ye have gotten into this strait and narrow path, I would ask if all is done? Behold, I say unto you, Nay; for ye have not come thus far save it were the word of Christ with unshaken faith in him, relying wholly upon the merits of him who is mighty to save.

“Wherefore, ye must press forward with a steadfastness in Christ, having a perfect brightness of hope, and a love of God and of all men. Wherefore, if ye shall press forward, feasting upon the word of Christ, and endure to the end, behold, thus saith the Father: Ye shall have eternal life.”

How can we “press forward with a perfect brightness of hope?” What grants us that hope, especially when the road is difficult, the journey long and hard, the frenzied storms blowing wild in our face? The journey of mortality, after all, is more like boot camp than a Sunday School picnic. Moroni tells us that our hope comes from our faith in God. He says, “Wherefore, whoso believeth in God might with surety hope for a better world, yea even a place at the right hand of God, which hope cometh of faith, maketh an anchor to the souls of men, which would make them sure and steadfast, always abounding in good works, being led to glorify God” (Ether 12:4).

Hope is part of that perfect brightness that sustains us in the dark. It allows us to endure to the end and it grows as our faith grows. It is that hope that allows us to be still in the face of tragedy. It is that hope Joseph Smith exhibited when he was on the road to Carthage where he would be murdered. He said simply and tellingly, “I am going like a lamb to the slaughter; but I am calm as a summer’s morning” (D&C 135:4). It is hope that allows us to do the right thing when everything is screaming against it.

We learn about the kind of faith that motivates perfect hope from The Lectures on Faith. Joseph teaches that a powerful faith springs from these understandings:

Second, a correct idea of his character, perfections, and attributes;

Thirdly, an actual knowledge that the course of life which one is pursuing is according to His will.

All three of these convictions are given to us through personal revelation. It is through a personal witness that we learn that there is a God. Likewise, it is through revelation and study that we begin to have a correct idea of his attributes. Joseph expanded on the role the third idea has in allowing us to endure to the end with a perfect hope. He said, “It is essential for any person to have an actual knowledge that the course of life which he is pursuing is according to the will of God to enable him to have that confidence in God without which no person can obtain eternal life. It was this that enabled the ancient Saints to endure all their afflictions and persecutions and to take joyfully the spoiling of their goods, knowing (not believing merely) that they had a more enduring substance (Heb 10:34).

“Having the assurance that they were pursuing a course which was agreeable to the will of God, they were enabled to take not only the spoiling of their goods and the wasting of their substance joyfully, but also to suffer death in its most horrid forms knowing (not merely believing) that when this ‘earthly house of this tabernacle [was] dissolved, we have a building of God, an house not made with hands, eternal in the heavens’

“Such was and always will be the situation of the Saints of God. Unless they have an actual knowledge that the course they are pursuing is according to the will of God, they will grow weary in their minds and faint…For a man to lay down his all-his character and reputation, his honor and applause, his good name among men, his houses, his lands, his brothers and siters, his wife and children and even his own life also, counting all things but filth and dross for the excellency of the knowledge of Jesus Christ-requires more than mere belief or supposition that he is doing the will of God. It requires actual knowledge, realizing that when there sufferings are ended, he will enter into eternal rest and be a partaker of the glory of God.”(2) That is the kind of hope that allows us to press forward, enduring to the end, finally inheriting eternal life.