Learning by Experience: My 1984 Visit to the Soviet Union | Meridian Magazine 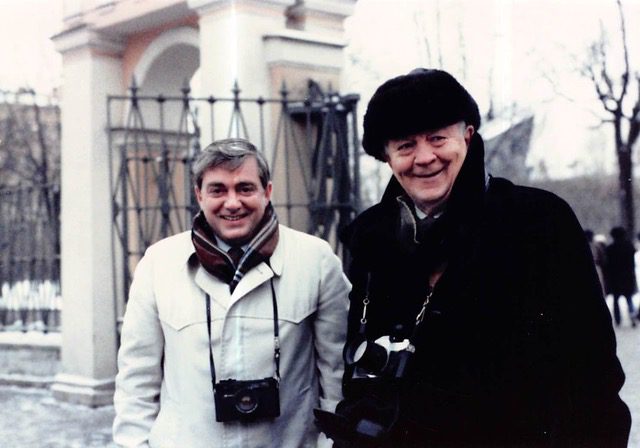 Learning by Experience: My 1984 Visit to the Soviet Union

Sometimes we need to be shaken awake and experience the effects of a well-worn idea firsthand, even briefly, to grasp a thimble full of understanding. Attempting to comprehend events through intellect alone cannot breach complete understanding, and can lead to taking our freedoms, such as freedom of religion, for granted as conjecture overrides real time experience. The simple story below may help to convey this thought. Perhaps this is why our Heavenly Father teaches us through our experiences to help us grow, while giving us the scriptures to use as a guide.

Growing up in the shadow of Washington, DC where daily events were often the topic of national news, and world occurrences were topics of general conversation, I was familiar with the stories of the Soviet Union. I had read the reports about their long food lines, lack of religious freedom, living conditions, and anti-capitalist views. This may have led some to believe I was well-versed in my understanding of life in the Soviet Union. But so it goes: “You have to see it to believe it.”  Or in my case, experience a moment in time to scarcely understand it.

Being detained at the Soviet Union’s Moscow airport in the cold, dark winter of 1984 certainly was not on my list of endearing experiences. Neither can I say Moscow made my list of places to celebrate the approaching New Year of 1985. Yet here I was. After seizing my passport, the customs officer pointed to a row of chairs and instructed me to wait. Most of our tour group had passed through unmarred, yet not long after I took a seat, three men from our tour joined me. Apparently, they had packed several Bibles and blue jeans with hopes of selling them on the black market.  Our tour guide had given us specific instructions not to bring Bibles or blue jeans, warning they’d be confiscated.

My innocence was questionable as well. Secretly, I had been sent as an emissary for the Young Astronaut Council cloaked in the pretense of touring Moscow and Leningrad with an innocuous group. My mission revolved around a hope to have an international exchange between the Soviet Young Cosmonauts and the American Young Astronauts. My instructions from the chairman of The Young Astronaut Council, who happened to be my father, were to personally deliver a letter of invitation to General Secretary Chernenko, leader of the Soviet Union. Since common foreigners touring Moscow usually don’t waltz up to the Kremlin doors expecting an audience with their leader, how to deliver the letter was a mystery.

As the customs officer rummaged through my luggage, he found a Young Astronaut folder covered in photos of the White House, the American flag, and the space shuttle. Since President Reagan had recently referred to the Soviet Union as an Evil Empire, this decorative folder alarmed the officer. While examining its contents, he discovered the letter addressed to Secretary General Chernenko embedded in White House paraphernalia.

After waiting for a few hours following the subsequent discovery of the Chernenko letter, my passport was returned and a message from the Kremlin was given to me by the officer, stating an official would contact me. At least my detainment uncovered the letter solving my problem of how to deliver this invitation. In the meantime, I became a regular tourist engaging in sightseeing, shopping, and exploring the city of Moscow.

Many of the Soviet people I met extended friendship, help, and directions since the signposts which were written in Cyrillic confounded me and my tour companions. As predicted, we did observe long lines of people on occasion and noticed dreary, cement apartment complexes in contrast to the colorful, historic buildings.

At one point our hunger overtook us, and we wandered into one of the few hotels to grab a bite to eat at their restaurant. We checked our coats at the desk and headed to the hostess. She asked us for our room and tour number. We explained we were not staying at this hotel. She turned to a waiter who quickly ushered us into a separate, large, empty dining room, then guided us to a table. The waiter spoke quickly and quietly asking us if we had American dollars to pay for our meal. This was our first experience with “free enterprise”.

After our meal we went to pick up our winter coats. As customary in the U.S.A., I tipped the coat attendant, who thanked me profusely when I laid a few American dollars in his hand. I noticed a well decorated soldier approach the attendant as I began to walk away. With much emotion the attendant responded to the soldier’s inquiry. Although I could not understand Russian, I had a fairly good idea of the exchange since the attendant, with great animation, acted out our entire encounter. I had hoped I didn’t get him in trouble and decided I would only tip in rubles, if at all.

Upon returning to our hotel, I decided to visit the Beryoshka shop and noted it closed at 8 pm. Yet, when I arrived at 7:00 I was turned away. I pointed to the hours on the sign; in reply the woman said gruffly, “We leave at 8; close now.” Then promptly locked the door. I chuckled to myself thinking how odd that was and how in the United States, with an attitude like that a shop would quickly go out of business.

Later that evening, being a bit restless and wide awake due to the time difference, a few of us ventured out for a walk. One of my companions, who was from Wyoming and looked like an American cowboy with blue jeans, boots, a flannel shirt, and a red bandana, was quickly approached by three men. I noted the words cowboy, sell, blue jeans, boots, and we buy. We all shook our heads no. Then suddenly one of the men alerted the other two, “K.G.B.! K.G.B.!” and they scurried off into the dark. The next thing we knew a few military figures stood next to us. Instead of being fearful, I remarked to myself of how I felt like I was living in a movie. After a brief interaction of inquiry, they left us to our evening walk which was abruptly turned back toward the hotel.

During the rest of the tour, we experienced several additional unusual events, all of which helped me to grasp a hint of a different lifestyle under Soviet rule. Not having my scriptures had to be the most disturbing and left me feeling empty. I wish I had thought to write down my favorite scriptures. The most intriguing experience was meeting a fellow Christian who never had held a bible before yet believed in Jesus Christ. Through our brief interaction, I sensed they had no comprehension of who the Savior really was or what He taught, yet they prayed to Jesus with faith.

Scriptures simply were not permitted in this country and the three men on our tour who had planned to sell bibles were restricted to their rooms for our entire stay. I, however, in my emissary role was successful. I delivered the letter to a Kremlin liaison and upon my return discovered Secretary General Chernenko had accepted the invitation which led to multiple exchanges and warm, wonderful friendships between the youth of these two world superpowers.

Back home in the United States where I could tote my Bible anywhere without any thought of it being confiscated or stop by the grocery store full of a selection of items with only a relatively short line, now gave me pause. I found the stories of the Soviet Union’s long food lines, lack of religious freedom, and anti-capitalist views were true, yet experiencing them in action, even briefly and at arm’s length, was something else.

Interestingly, I was also in the USSR in 1984. Moscow, Leningrad, Kiev and Minsk. I was with a couple of other LDS attorneys. We brought in with us a few bibles and BofMs, in Russian, that we had picked up in New York. We had a marvelous experience in a Baptist Church on a Sunday in Minsk, including a soul rending and powerful hymn by the Church's choir that we were sure had been rehearsed just for us and that brought us to tears. We learned from the pastor after the meeting that they were not able to buy bibles. So we returned to our hotel, wrote our testimonies in Russian in the bibles and the BofMs that we had brought with us the best that we could (1 semester of Russian in night school at ASU before our trip was immensely helpful), and one of our number took them all to the church the next day. The pastor was overwhelmed. It was one of the best experiences of my life.