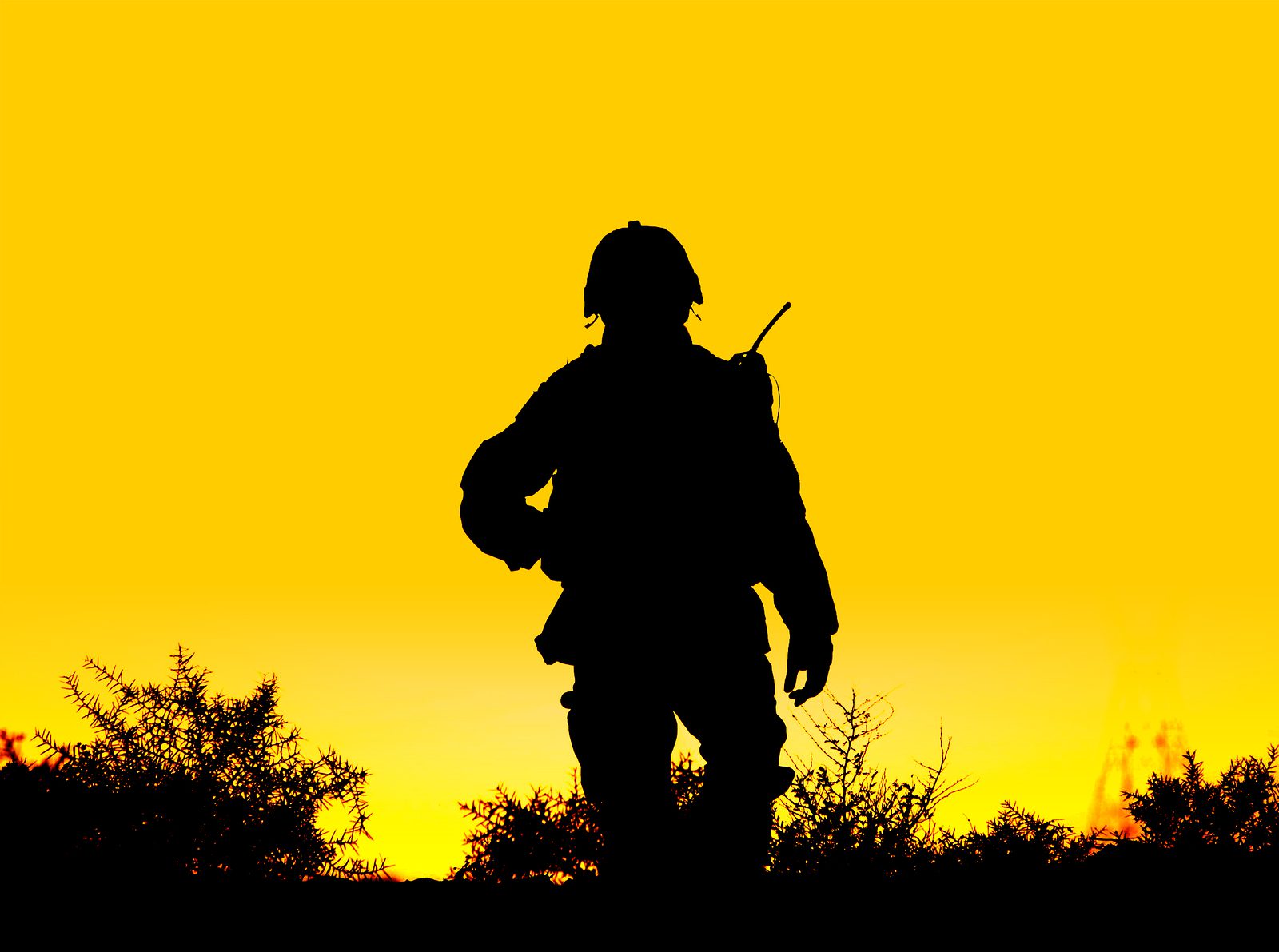 War is a common theme in novels, particularly the Great Wars, World War I and World War II. Gerald Lund starts off this quad of outstanding novels with A Generation Rising, the first volume in his new Fire and Steel series. Melanie Mason’s The Line That Divides takes us next to a young girl growing up in Austria when that country falls to German rule. The third book is The Rules in Rome By A.L. Sowards which covers two allied spies living and working in Rome during World War II. The final book is Exile by G.G. Vandagriff, a World War II era follow-up to her award winning love story, The Last Waltz.

A Generation Rising by Gerald N. Lund is the story of a young German boy prior to World War I and the factors that led to that war, the horror that war became, and the events leading up to the second war. Born the son of a dairy farmer, Hans Otto Eckhardt, is the fourth child and only son of Hans and Inga Eckhardt. His parents and sisters dote on him, especially his father who gives him advantages no other child of their class is given. He is brilliant, good looking, and is ingrained with the conviction he is equal or superior to everyone else. Inga worries a great deal about his willfulness and unrealistic expectations. He attends a prestigious school where he receives his first major disappointment. Having no experience with failure and never having suffered the consequences of poor choices, he is ill prepared to make life choices. He turns down a chance to go to college by enlisting in the army when the war begins. War teaches him some powerful, painful lessons.

Hans is an opinionated autocrat who seldom seeks his wife’s opinions. He rules his household with an iron fist, except for Hans Otto whom he indulges, granting him opportunities beyond what the family can afford and which he never considers for his wife or daughters. Inga has a low opinion of her worth because she is the daughter of a pig farmer. She has a strong spiritual side and is converted to the gospel. Lund creates strong believable characters, but though the reader will sympathize with them and they enrich understanding of that turbulent time, they aren’t particularly endearing.

The book is fascinating and gives a solid picture of European history leading up to the war and a people divided into strict social classes. To a large extent A Generation Rising is more history and backfill than novel. It is well researched and carries a strong message concerning dealing with trials and the strength that is gained from passing through hardship. It exposes how vindictiveness in victory, as was the case with the Versailles Treaty, leads to the festering of wounds. This volume lays a firm foundation for the remainder of the series which will eventually link with Lund’s previous series about the San Juan pioneers.

Gerald N. Lund has a BA and a MS degree from Brigham Young University, he served for thirty-five years in the Church Educational System and as a member of the Second Quorum of the Seventy. He is a well known author. He and his late wife are the parents of seven children.

THE LINE THAT DIVIDES by Melanie Mason

First time author Melanie Mason has produced a noteworthy World War II novel, The Line That Divides, that straddles the line between adult and young adult fiction. The main character is a sixteen-year-old young woman, Marianne Leichtner, with extraordinary skill with languages. She is Austrian, but because of her advanced language ability is required to attend school in Dusseldorf, Germany, until the school is badly damaged in an Allied bombing raid. She is then sent back home where she and her mother live alone in her grandfather’s large rural estate. Her father who is also a skilled linguist was conscripted into the Nazi army years earlier.

Marianne spends her time tending the chickens and studying until she discovers two Americans hiding in the barn. One was seriously injured when they were forced to abandon their plane before it crashed. Soon the Nazis arrive, but she manages to keep the airmen hidden even after the Nazi search party moves into the house where she and her mother live. She and her mother help the two Americans escape, but when the news reaches them that two escaping Americans were shot, she joins the resistance effort.

The Line That Divides refers to an imaginary line that separates philosophies, standards of conduct, and opposing values. Marianne loves her country and is proud of her Austrian heritage. Though Austria is officially allied with Germany, she cannot accept the Nazi philosophy. She knows she is expected to use her education and language skills on behalf of the Nazis, but is determined not to do so. An officer who pursues her too aggressively deepens her dislike for the Nazis and the way they take over her home, steal family valuables, and trash the house add to her negative feelings, but the loss of the two Americans are the final push that sends her across the line to join the Austrian Resistance. She also figuratively drew a line in the sand when she defied the officer determined to have her. This is the story of one person who decides she alone can choose which side of the line she wishes to be on irrespective of the consequences.

The Rules in Rome by A.L. Sowards will keep readers glued to the pages as Bastien Ley takes advantage of an unexpected opportunity to assume the identity of a German soldier in Rome during World War II. Thus he becomes a strategically placed spy. When his superiors send him a pretty, young radio operator to get his messages out to the allies, he at first is uncomfortable, but as their relationship grows they learn to rely on each other and their pretend romance becomes real. As they become embroiled in the dangerous game they are playing, their chances of survival diminish.

Bastien and Gracie are intelligent, quick thinking characters who have suffered hurt and disappointment in their lives. Their dedication to their jobs are hampered by their heavy workloads and an officer who takes a fancy to Gracie and resents Bastien’s attention to her. However the German officer is not the only man Bastien faces in a competitive situation.

The story is plotted well and ends with a satisfying twist. There is more violence than some readers may be comfortable with. Rome is not the usual setting for a World War II story, but this story stands as a grim reminder that Hitler’s Germany was not the sole aggressor in that conflict. From both a solid historical standpoint and that of a compelling story, The Rules in Rome is novel not to be missed.

Sowards grew up in Moses Lake, Washington and is a graduate of Brigham Young University. With her husband and children, she now calls Utah home.

Exile is a sequel to The Last Waltz, an award winning novel of love and war by G.G. Vandagriff. It begins with the burial of Austrian Baroness Amalia von Schoenenburg’s husband in a secret grave following his death at the hands of Nazis. The baroness, Dr. Andrzej Zaleski, her butler, Max, and her two sons, Christian and Rudi continue their journey into neutral Switzerland in an attempt to escape the takeover of Austria by the German Nazis. Reaching Switzerland doesn’t end their persistent pursuit and they are forced to split up with a promise to meet again in England.

Amalia and her sons reach England, but because they don’t speak English must wait for Zaleski to communicate information concerning Hitler’s plans to take over France and England to Churchill. He is delayed because of an altercation with the officer they are attempting to evade. One of her sons meets a Jewish girl who is a medical student at Oxford and through her, he learns of an attempt to steal penicillin research. Amalia and her sons learn of several pro-Nazi individuals and groups while Zaleski and Max are sent back to Germany to gain information on Nazi troop movements.

Amalia and Zaleski love each other and have since they were very young when war and ambition separated them. Amalia married and loved her husband and grieves his death, but never forgot the man she loved first. Zaleski doesn’t plan to let anything interfere with his love for Amalia now, but understands and accepts her need to mourn for the man who was her husband for twenty years.

Exile is a strong and touching story which details not only many little known details of World War II, but shares an intimate knowledge of European politics and social customs. I didn’t feel as strongly attached to the characters as I did in The Last Waltz, but still found them interesting and well developed. The author did a superb job of melding together the various plot lines and intrigues leading to Austria’s takeover and the attempt by the Nazis to rule of all Europe.

G.G. Vandagriff received her bachelor’s degree in International Relations from Stanford University and a Master’s from George Washington University. She has lived in Austria and all over the USA. She and her husband now live in Utah and are the parents of three children.