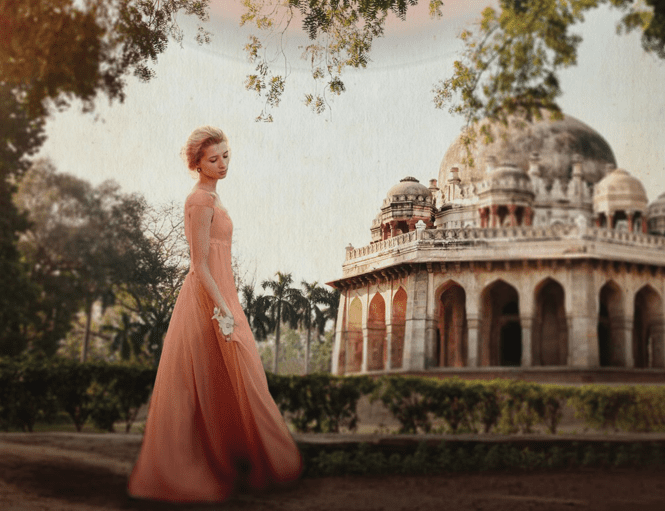 The Regency Romance has dominated the LDS romance market for several years. We’ve all become familiar with the genre’s depiction of English life during the early nineteenth century. This type of book generally features the wealthy, titled members of that period’s aristocracy and is heavy on manners, elegant clothing, balls, and formality. Occasionally the Napoleonic wars are referenced. Three LDS authors have chosen to show a broader and slightly different view of the early 1800s. Sarah Eden in A Fine Gentleman shows the damage families and individuals faced due to France’s attack on Spain and Britain’s involvement in that war. The Heart of Fire by H. Linn Murphy shows the incredible poverty of the “lower classes” and the unfairness faced by women and children of that era. Though not officially released yet, Nancy Campbell Allen’s The Secret of the India Orchid is set in India and contains subtle reminders of the cultural clash between that country and the English.

Whether a reader is a Regency fan or not, she won’t be able to hold back a smile or a snicker at some of the clever dialog in Sarah Eden’s A Fine Gentleman. Jason Jonquil is a prominent, respected London barrister. He’s also one of seven brothers, the oldest of which holds the title, dresses ridiculously, and spouts silly nonsense which has most people laughing behind his back. Jason is embarrassed by his older brother and goes to almost the opposite extreme to be correct formal and completely respectable. His desire is to be the kind of “fine gentleman” his father was.

When Mariposa Thornton arrives unexpectedly in his office and misunderstands everything he says, it’s all he can do to control his temper. She tells him she wants him to locate her father’s family solicitor in order to claim an inheritance, but she’s really looking for someone to locate her family. They were separated during France’s invasion of Spain and she’s deeply concerned about her mother and young brother. She’s afraid to tell Jason the truth for fear his inquiries might lead an unscrupulous stalker, who has sworn to wipe out her family, to her and her grandmother.

As Jason and Mariposa learn more about each other, they are drawn together. In the process they learn they aren’t the only ones living behind disguises. They also learn valuable lessons concerning truth.

Mariposa is a strong and inventive young woman who has endured the ravages of war and the loss in more than one way of those dear to her. She’s an interesting character modern women will admire. Her ability to play a role and think on her feet make for fun and funny conversations. Jason is admirable for his determination to do the right thing, to be the kind of man his parents and society would approve of and respect. He’s loyal, kind hearted, and committed. And he’s not as slow to catch on as he lets others think.

Though a Regency, A Fine Gentleman, also has strong elements of a Mystery and readers will enjoy guessing who is hiding what and discovering what has become of Mariposa’s family. The plot is developed well and holds the reader’s attention as it builds. The background is realistic and portrays well the combination of the silliness of the Regency period and the very real terrors of the Napoleonic Wars.

Sarah M. Eden is well known for her award winning Regency novels. She has published almost a dozen and is known for adding bits of real history and heroines who think beyond manners, balls, and glamorous gowns, though those trademarks of the standard Regency period novel exist in her stories, they don’t dominate. She has a bachelor’s degree in research. She and her husband are raising their family in Northern Utah.

THE HEART OF FIRE by H. Linn Murphy

Viscount Sir Edward Marchmont has gambled away his family fortune. In desperation he determines to pay off his debts with a rare ruby, the last of his assets, but somehow the gem disappears. In despair the man takes his life, leaving his two children at the mercy of their greedy, heartless stepmother, who abandons them to the streets of London.

More Historical than Regency, The Heart of Fire by H. Linn Murphy gives a more Dickens style glimpse of the 1800s London than does the traditional Regency which focuses on the manners and fashions of the period. In this novel Sarah, not quite sixteen, and her twelve-year-old brother, Josiah go from a life of luxury where they are waited on by servants, to one where they must live by their wits and their willingness to work hard. Sarah finds herself digging through the flotsam along the muddy banks of the Thames for anything she can sell to purchase food for herself and a troupe of children facing the same poverty she faces. Josiah becomes involved with a gang as an “inside” man fronting as a chimney sweep assistant or paid mourner to locate valuables and report back to a phony priest.

The children’s only friend is a law clerk, and though he isn’t wealthy, he does all he can to help them. Not even he, can prevent the nightmare that ensues, when their stepmother learns of the ruby’s existence and determines to have it.

The author has put a great deal of research into the beliefs, dress, and background of this time period and her characters show it. Though Sarah is a strong young woman, she is severely limited in what she can do to help herself and her brother. She is swiftly punished when she speaks her mind. Without parents or a guardian to speak for her, she can’t find employment, choose whether or not to marry, inherit, or be taken seriously by church or law. Orphaned children are assumed to have inherited their parents’ worst faults and somehow deserve their lot in life. Under the circumstances Sarah and Josiah face, it is easy to see why children such as Josiah choose whatever action will put food in their empty stomachs and become inured to the pains of others. Both the strengths and weaknesses of the various characters, along with dialog that suits the characters and circumstances make the characters believable. Murphy does a superb job of showing the horrors of early nineteenth century street life and the blind, emptiness at the opposite end of the economic scale. Only in various characters’ reactions to the deaths of others did I find a slight lack of realism and the role of the ruby called “the heart of fire” could have been tied in more to make the ending more fitting. Overall, this is a highly satisfying read which will be enjoyed by young and old.

H. Lynn Murphy loves to travel, read, write, and explore life. She also writes as Indigo Chase. She attended three colleges and graduated with honors. She and her husband live in Arizona with three of their six children.

THE SECRET OF THE INDIA ORCHID by Nancy Campbell Allen

Anthony Blake, the Earl of Wilshire, is torn between his love for Sophia Elliot and his duty to his country. After serving during the war years as a spy for the British, he is glad to put that life behind him and pursue marriage with his best friend’s sister. On the day he planned to formally request her hand, his old boss from the War Department approaches him with the news a document has been stolen from his office which could put all British agents and their loved ones in danger. His services are needed again. With great reluctance Anthony accepts the assignment, writes a farewell letter to Sophia, and leaves for France where the suspected thief is purported to be.

Two years later, after unsuccessfully trying to get Anthony out of her heart and mind, Sophia departs for India. Anthony’s quest has also taken him to India and the two meet again. Sophia remains hurt and angry, but underneath she still loves Anthony. Anthony struggles to resume their friendship and maintain his cover while investigating the murder of the man suspected of possessing the missing document and discover its whereabouts.

A large cast of characters are added in India. In addition to the many Indian servants, the Indian prince’s cousin and heir, a professor, a minister with his wife and two daughters, a woman Sophia becomes friends with whom she met on the long journey from England, the family of the head of the British community, and the many military and company men stationed in Bombay. Though the cast is large, the author handles it well and without confusion. Both the British class system and the Indian caste system are recognized as realities of the time period and are used to aid in defining characters, but also to highlight their unfairness. It’s easy to sympathize with both Sophia and Andrew who are both portrayed as likable, caring people dealing with difficult circumstances.

Though the story is set in India, it takes place primarily in the part of Bombay dominated by British rule. Most of the main characters stay at the British Residency which serves as the home for the Resident or liaison of the British Crown and the local prince. English customs and clothing prevail. Only on short group forays into the jungle or the poorer parts of the city is native India seen, except for glimpses of the magnificent flowers and scenery.

Though a Regency Romance, The Secret of the India Orchid is as much mystery as romance. The romance is a given from the start and neither Sophia nor Anthony make much effort to disguise their feelings for very long. The mystery portion, though slightly predictable, grabs the reader’s attention and is enjoyable to follow.

Nancy Campbell Allen is a well known and respected historical author. She is probably best known for her Civil War era novels. She has also written regency, contemporary suspense, and even a steam punk novel. She received a BS from Weber State University in Elementary Education. She is married and the mother of three children.