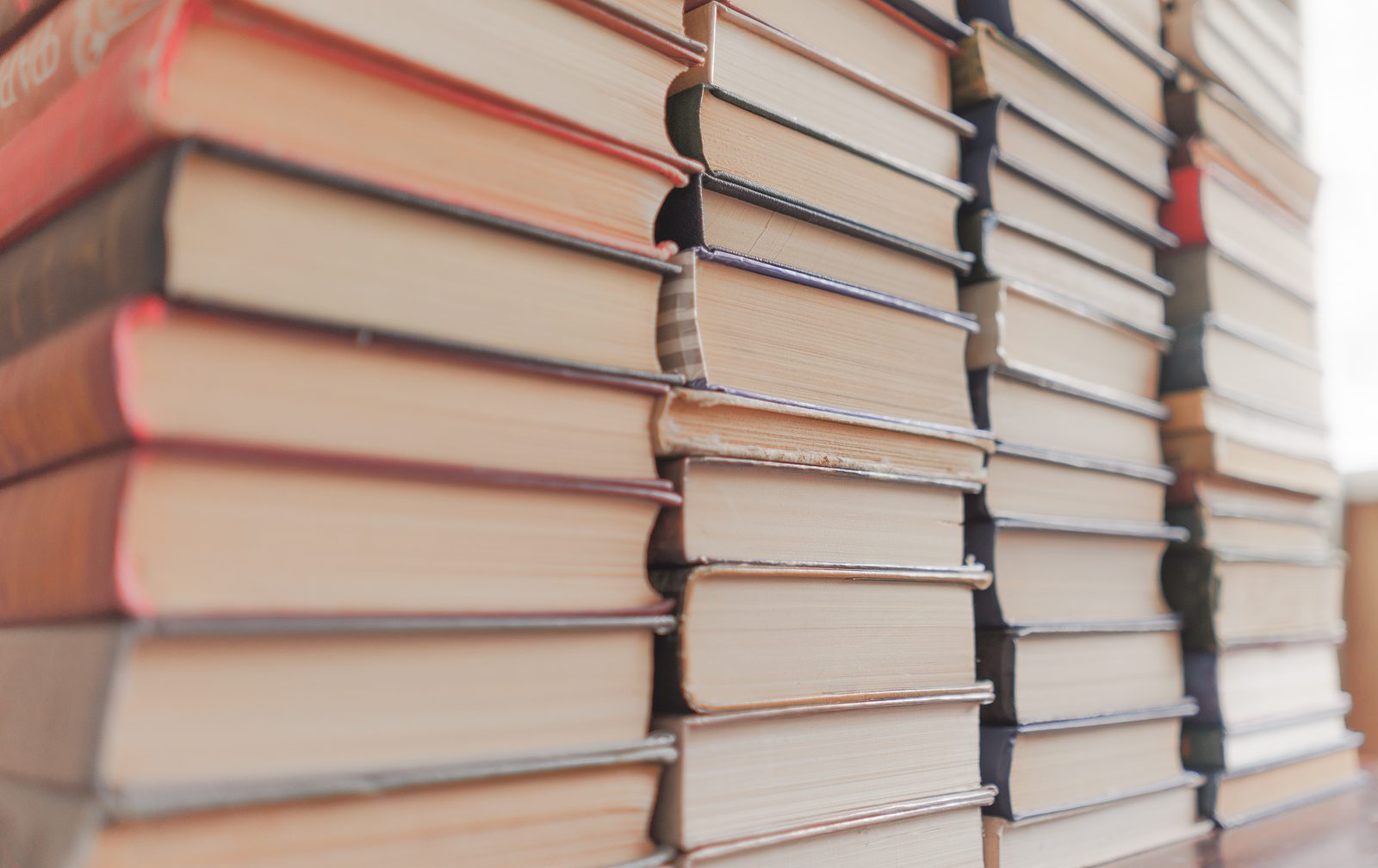 Three books captured my attention with their different settings and different themes. To Love a Spy by Laura Beers takes place in England during the Napoleonic war and deals with espionage on a grand scale. Suspect by Clair M. Poulson features a small town detective working a murder case. The third book isn’t a novel. Destroying Their God is a biographical story written by Wallace Jeffs, brother of the notorious Warren Jeffs. All three deal with the insidious pain inflicted on the innocent by physical, emotional, and sexual abuse.

TO LOVE A SPY (Beckett Files Book 3) by Laura Beers

Adrian Stanton is the new Earl of Camden. After seven years as a British spy living in France during the Napoleonic Wars, he is back in England, but his spy career isn’t as over as he’d expected. Someone in the House of Lords is working for France and a surprising number of members are in support of a bill to end the war and for all intents and purposes give Napoleon a free rein to take over Britain. He needs to find out who the traitor is and stop the momentum of the bill. As the new earl, he has responsibilities, but not a lot of cash. His predecessor was a fake who murdered the real earl and assumed his identity, spent his money, and worked for the French government. He also left a beautiful young widow, Kate, who was now the dowager countess and the new earl’s responsibility.

Kate Camden, sister of Eliza Lansdowne, wife of Lord Becket, was raised by their mother while Eliza was sent away as a young child. Kate was ordered by her mother to marry the imposter Lord Camden and entered a life of abuse and beatings more severe than that meted out by her mother. As the Earl of Camden, his fellow spies Lord Becket, Eliza’s brother Jonathan, and Eliza struggle to ferret out the French spy, Kate struggles to overcome her fears and move forward with her life.

Adrian learns that somewhere on his property that the imposter once claimed is a hidden list of all the French spies in England. He immediately begins a search for the valuable piece of information. Wives and daughters of members of parliament begin to disappear from society and he learns that they have been kidnapped and in his undercover guise he is ordered by a prominent suspect to aid in the kidnapping of Kate and Eliza. Kate accidently sees him flirting with another woman, one he knows is a spy. So when he orders both women to never leave the house without a strong escort. Kate, who has grown stronger, but feels betrayed, defies the order and attempts to return to the country house she considers home. Eliza goes after her and both women are captured. All three men combine their efforts to find and rescue the missing women.

The combination of mystery/suspense and romance set in the Regency period make To Love A Spy an entertaining read. The mystery is satisfying and the romance, though predictable, is as well. It works well as a stand alone story, but those who have read the two prior books will particularly enjoy this conclusion to the Becket Files series.The characters are likable and those who have read the earlier books will especially enjoy becoming reacquainted with minor characters who were major characters in the earlier volumes. The smirky expression on the woman’s face on the cover may deter some readers, but the story is well written and will appeal to a broad cross section of readers. I suspect Laura Beers will soon be a favorite author of Regency and Mystery fans alike.

Laura Beers lives in South Carolina. She graduated from Brigham Young University and is the mother of three children. This is the third book in her Beckett Files Series. It places her solidly in the forefront of historical mystery writers

Detective Royce Fleming responds to the discovery of a body in an empty lot and is sickened by what he finds. Identifying the victim proves difficult since the man’s fingers are missing. When a severely bruised and battered woman appears in his office to report her husband missing and he learns she lost her baby due to a vicious beating, the woman becomes his first suspect.

Ellerie Fleming married against her parents’ wishes and soon found herself routinely beaten and in danger of losing her life. Even more frightening was the discovery she was pregnant with a baby her husband didn’t want. Like most mothers, Ellerie loves the baby and dreams of the daughter she longs to hold and love. She fears greatly for the child as her husband, Darien, becomes increasingly violent and makes repeated attempts to cause a miscarriage with blows to her midsection. He finally succeeds. She hasn’t seen her husband since he ordered her to put the dead baby in a shoebox and bury it in the backyard.

As Royce attempts to trace the victim’s recent activities, he learns Darien owed a number of people large amounts of money, he had a girlfriend on the side and he and the woman’s former boyfriend got in a fight, Darien’s identical twin brother hated him as did an ex-wife who was owed a large amount of back alimony, and even Ellerie’s stepfather despised him. The detective has far too many suspects to sort through.

While dealing with a major murder investigation Royce is struggling with a more personal battle. He’s a single father with a seven-year-old son. He hasn’t seen or heard from his ex-wife since she walked out on them when his son was an infant. He occasionally dates, but shies away from remarrying, though that doesn’t stop several women from trying to win his affection. Then his former wife suddenly appears at his parents’ home insisting she has been given legal custody of their son. He begins to see his lawyer’s secretary, Kaci, as a possible wife when she helps him with both his personal problem and his murder case. Even so, there’s something about Ellerie that keeps her on his mind.

Poulson keeps readers guessing in this action packed novel. The small Utah town is portrayed well and serves as a believable backdrop. The characters are some of the most well-developed characters this much loved author has thus far created. Not only is the plot strong and compelling, but the personal problems and inner growth of several characters, including Royce, is an integral part of the story. I only found the change in one character a little unrealistic. It’s satisfying to read a mystery where there are so many choices and the villain is not quickly identified.

Clair M. Poulson is the author of over thirty mystery/suspense novels. He was born and raised in Duchesne, Utah, and has served more than forty years in law enforcement starting with being a military MP. He has been a sheriff and Justice Court Judge along with serving on numerous law enforcement boards and commissions. Along with his law enforcement work he has ranched and been involved in the grocery store business. He and his wife, Ruth, are the parents of five adult children and a growing number of grandchildren and great grandchildren.

As a general rule I don’t review nonfiction, but this one time I’m making an exception. With the emphasis today on protecting women and children from abusers this story is fitting. Both of the novels I’ve reviewed this week have several elements in common. Both are mysteries and both deal with abuse within the marital relationship. Destroying Their God by Wallace Jeffs, half brother of convicted child rapist and polygamist cult leader, Warren Jeffs, also deals with a great deal of mystery and abuse. It is non-fiction.

Wallace grew up in a polygamous home rife with a great deal of disharmony. He and the other younger children were picked on and bullied by their older brother, Warren, who was the darling of their father and his favorite wife. As he grew up he learned to avoid Warren as much as possible to protect himself from the older boy’s lies and cruelty. Dating wasn’t allowed, but he was aware of the incestuous actions forced on some of his sisters by Warren.

Fundamentalist doctrines were deeply ingrained in Wallace’s life and he struggled to live within the dictatorial laws handed down by Rulon Jeffs, then his brother, Warren. He married at an early age, then was commanded to take a second wife, chosen for him, once his business became successful. He became the father of twenty children, only to lose his wives, children, money, equipment, and his business on the whims of Warren and another brother, Lyle. He was forced out of the community twice and eventually excommunicated. Not until after his complete separation from the FLDS church did he learn the extent of the depraved actions of his half brother and his inner circle at the secretive ranch built in Texas without the knowledge of most of the members.

When Wallace attempted to reclaim one of his wives and his children, he was involved in an odd accident that left him in a coma. He suspected sabotage, still he fought to save his children, but with little success.

The abuse element of this book is obvious, but where is the mystery? The mystery is how so many people can be taken in, lied to, and abused and still remain loyal to their abusers. In this modern world where keeping a secret is almost impossible, how do a corrupt few manage to hide their actions, disappear when convenient, and manipulate their followers?

DESTROYING THEIR GOD How I Fought My Evil Half-Brother to Save My Children by Wallace Jeffs with Shauna Packer and Sherry Taylor, Published by Zarahemla Books, 256 pages, soft cover $14.95