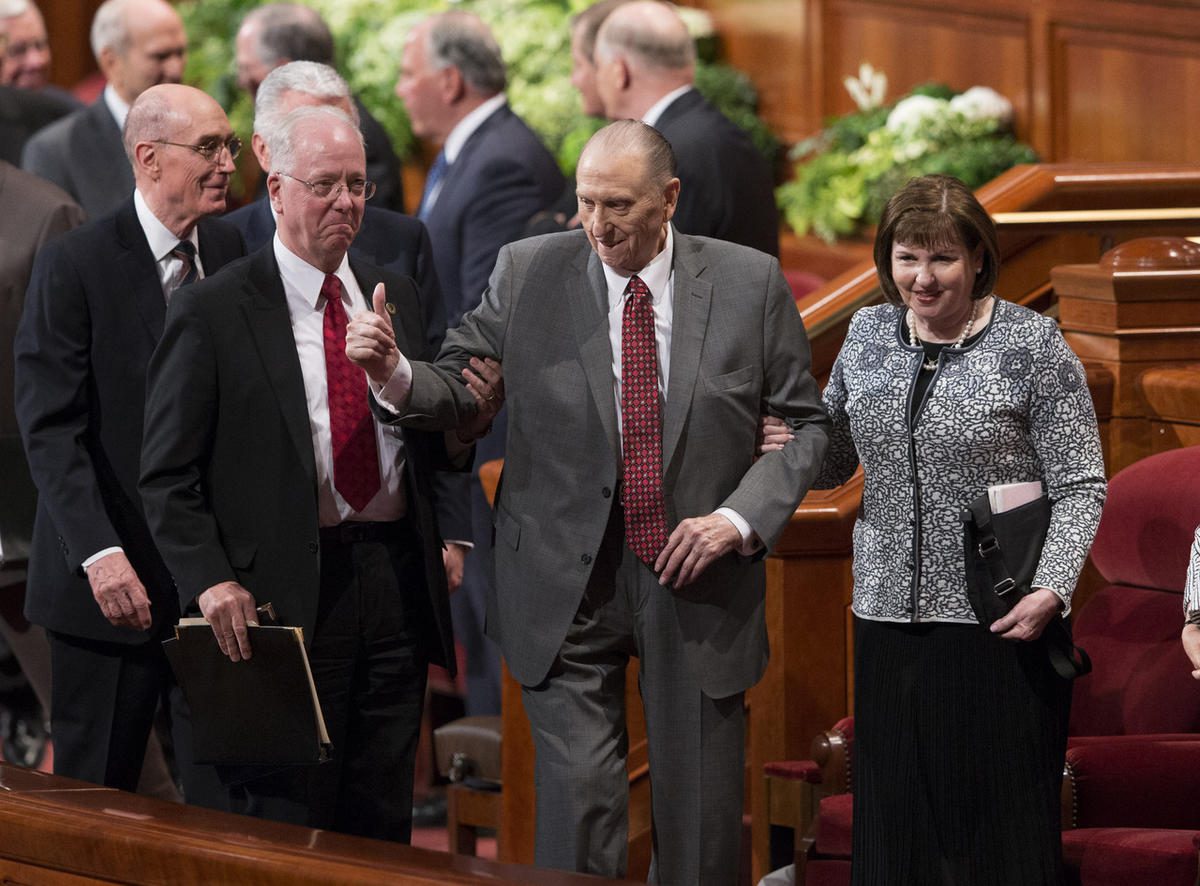 “Because of limitations incident to his age, President Monson is no longer attending meetings at the church offices on a regular basis,” said Eric Hawkins, spokesman for The Church of Jesus Christ of Latter-day Saints. “He communicates and confers with his counselors on matters as needed.

“President Monson is grateful that the work of the First Presidency and Quorum of the Twelve Apostles continues without interruption. He appreciates the prayers and support of church members.”

Hawkins added there has been no specific incident or health-related event that prompted the update. President Monson was hospitalized briefly after last month’s general conference, and his workload had lessened increasingly over the past year-plus.

Tuesday’s statement updates an October 2016 statement on President Monson’s role and involvement in day-to-day operations of LDS Church leaders, which included that “he and others in church leadership are feeling the effects of advancing age” and “he comes to the office every day, attends First Presidency and committee meetings, leads the discussion, and makes decisions.”

The LDS Church’s leadership system ensures continuity when the church president is ill, incapacitated or dies. It’s based on the “principle of seniority” among the members of the First Presidency and the 12-member Quorum of the Twelve Apostles, each having been called as a prophet, seer and revelator and holding the keys to lead the church.

God bless our Prophet dear ... we ever pray for thee.