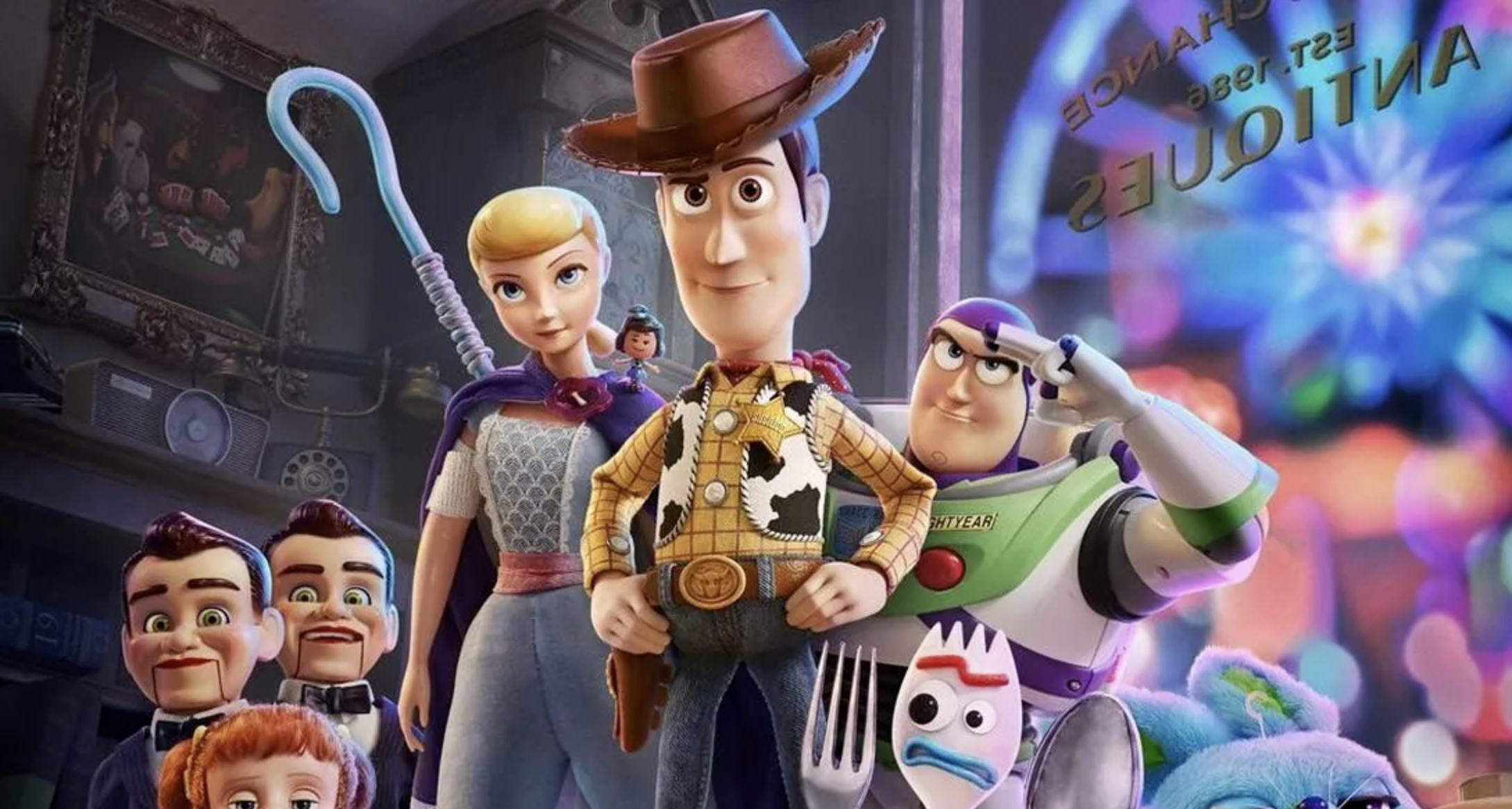 Latter-day Saint Movie Review: Does “Toy Story 4” Live Up to its Predecessors?

Our favorite toys are back together again in Toy Story 4, 24 years after the original Toy Story hit theaters to instant, raving fans.  How does this franchise consistently pump out one fantastic film after another?  Disney and Pixar’s magical formula has done it again.  Former Chief Creator Director of Disney, John Lasseter has always said that Pixar wouldn’t make another Toy Story movie unless it was as good or better than previous versions.  Mission accomplished.  To infinity and beyond!

The Toy Story 4 sequel is written by Andrew Stanton and Stephany Folsom.  Surprisingly, the story has the same plot as the first Toy Story  in that Woody tries to convince a new toy that he IS a toy and that he is loved by a little child and important.

Bring tissues.  Filled with lots of actions, fun characters, and rescue adventures, this family-friendly movie will force you to weep in the end, whether you want to or not.

True fans were completely satisfied with the Toy Story trilogy and how it ended.  Or how we thought it ended…So, audiences have been surprised that a 4th movie was even made.  With some trepidation, audiences have been curious and are now immediately thrilled with this new addition.  This is Josh Cooley’s directorial debut.  Well done, Josh!  He was nominated for an Academy Award for Best Original Screenplay for his work on Inside Out (Theatrical)

The animation is truly stunning: the textures, facial expressions, movement, rain that really looks and sounds like rain.  Wow.  The sound effects are noticeably awesome.

Voice talents include returning favorites like Tom Hanks, Tim Allen, Joan Cusack, Bonnie Hunt, Wallace Shawn, John Ratzenberger, and Estelle Harris.  Some fun, new toys are added to the crew, such as Tony Hale, Keegan-Michael Key, Jordan Peele, Christina Hendricks, and the epic Keanu Reeves!  Keanu’s character, Duke Caboom, is a really fun addition and crowd pleaser.  It was actually Keanu’s idea to have the character of Duke Caboom constantly making poses.  Pixar loved the idea and so do audiences!  If 2018 was Josh Brolin’s year, 2019 is definitely Keanu Reeves’ year.  Surely the most popular merchandise from this movie will be Disney Pixar Toy Story Stunt Racer Duke Caboom, 5.9″

Don Rickles, who voices Mr. Potato Head, passed away in 2017, so he wasn’t able to voice his loveable character in this movie; however, because of the encouragement from his family, Pixar was able to use prior recordings and piece together his dialogue for this movie.  So sweet.  This is also the last movie role for Bud Luckey (Chuckles the Clown), who passed away in 2018.  The film has been dedicated to Bud.

Here are some famous voices you might have missed:  Mel Brooks as Melephant Brooks, Carol Burnett as Chairol Burnett, Betty White as Bitey White, Carl Reiner as Carl Reineroceros, Bill Hader as Axel the Carnie, Timothy Dalton as Mr. Pricklepants, and Alan Oppenheimer as Old Timer.  What a talented cast!  The music was great by Randy Newman, who has composed the music for all four Toy Story films.  It’s perfect.

Disney and Pixar are the masters of paying attention to tiny details.  The dust bunny moment, for example, was adorable.  There is a lot humor with physical gags, pop culture references, and quotable lines you’ll probably hear your kids say over and over.  One that easily comes to mind is Keanu Reeves’ mantra, “Yes, I Canada!” (His character is a stunt racer from Canada.)  It would have been nice to see more classic one-on-one moments with Woody and Buzz, and Woody and Jessie, but Bo Peep gets a serious upgrade to her character and role.

There is never a dull moment.  The action sequences are great, although a couple of times they felt too frenzied and crowded on the screen.  The ending is a graceful finale if this franchise decides to use it as such.  Be sure to keep watching during the end credits…until the VERY end!  Enjoy!

This is the first animated movie of 2019 to be rated G.  Yay for G!  Help your young children to understand what is make-believe when it comes to their toys.  They’re sure to look at their toys differently and, hopefully, take good care of them.  There is no profanity, but there is some mild name-calling (crazy, idiot, weirdo).  There is some edgy humor that will go over the kids’ heads, but only enough to make a point to parents that Pixar is paying attention to adults too.

A glass of wine is seen on the edge of a bathtub. All of the female toys are very strong, independent figures.  Toys are in peril.  There are some creepy ventriloquist dummies and even Forky (a new character) says, “He is terrifying!”  They look a lot like “Slappy” from the Goosebumps movies.

“Listen to your inner voice.”  Buzz Lightyear and Woody repeat that line a few times.  It’s the strongest theme of the movie and what drives the story.  Following your conscience is an age-old lesson that Disney’s Jiminy Cricket taught us in the 1940 movie Pinnochio.  Of course, the scriptures have taught us for centuries that the “still, small voice” is really the Holy Ghost.  The mission of the Holy Ghost is to testify, provide comfort and guidance, and to help us make good choices that lead us to Christ in all that we do and say.  After you watch this movie with your kids, talk about the Holy Ghost and how they can recognize that “inner voice.”  Some people experience a warm feeling in their chest, others recognize new ideas and thoughts in their mind, while others feel peace or joy (Galatians 5:22).  For many of us, it takes a lifetime to learn how the Spirit works within us and for us.

Movie Review Mom:  Trina Boice teaches for BYU-I and is an author of 29 books.  You can read more of her reviews at www.MovieReviewMom.com or watch them on her YouTube channel with the same name.  You can hear her motivational podcast “Daily Inspirational Quotes Hosted by Trina” on Amazon Alexa as your Flash Briefing on any Echo device or on the Volley FM app on your iPhone.  She offers some great online courses on a variety of subjects at www.LifelongLearningEducation.com .  Because she is a popular speaker in China and loves to travel around the world, she created www.EmptyNestTravelHacker.com  You can see all of her books and win prizes at www.TrinasBooks.com  You can also find @TrinaBoice on Facebook, Instagram, Pinterest, and Twitter.