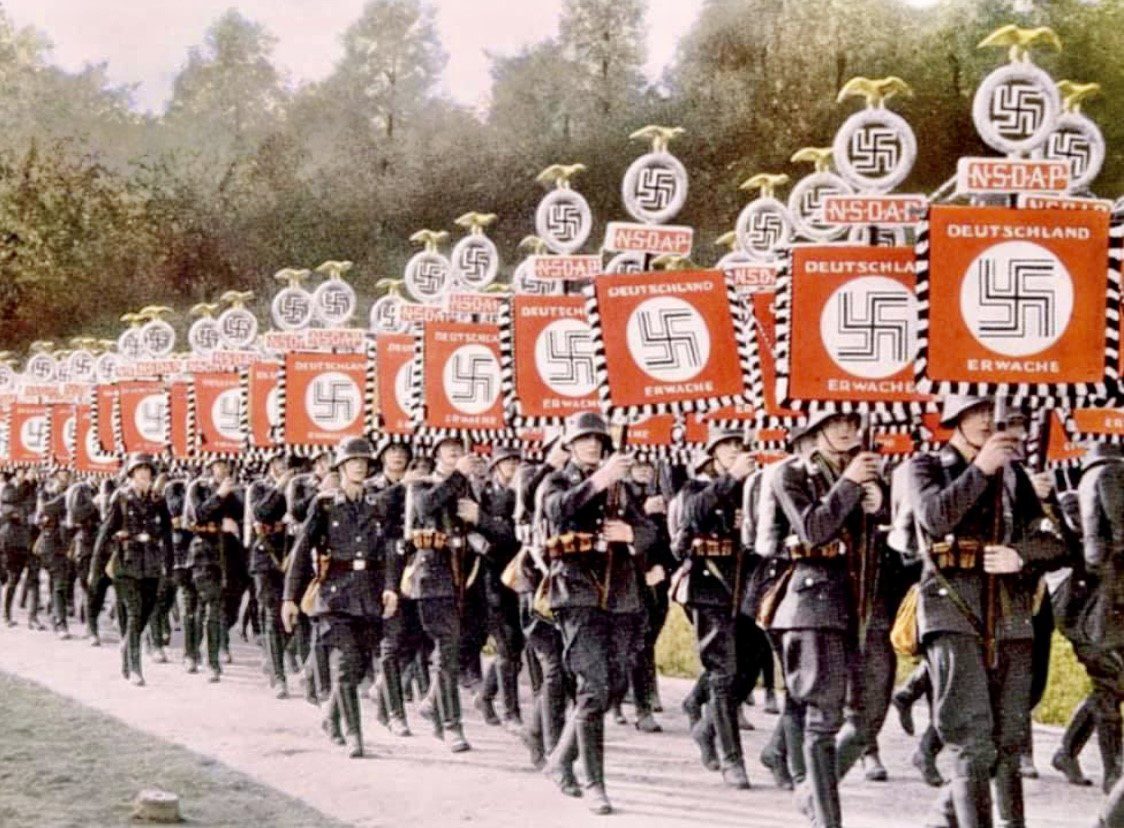 Mark Albright finds unique missionary stories and shares them with Meridian readers. This one told in part by Heidi Gresham Wixom and by Bruce Crandall by is about their grandfather, who was a German soldier in World War ll.

Before World War II, my grandparents Eugen and Martha Kalwies, lived in Germany and attended the Salvation Army Church where they had met.  One day, my grandfather (born in 1904), nicknamed Opi, saw a genealogy display in the town square in Herne, Westphalia, Germany, where they lived as newlyweds. He was fascinated by the display, and even more so by the missionary’s explanation about baptisms for the dead.  They soon joined The Church of Jesus Christ of Latter-day Saints.  Thereafter he devoted all of his extra time to family history research.

When World War II started, Opi received his German draft papers. Our family learned from his journals that many Germans, including Opi, did not support the Nazis. He disliked the war. Whenever possible, he tried to live the Golden Rule: “Therefore all things whatsoever ye would that men should do to you, do ye even so to them” (Matt. 7:12).

Request to do Genealogy of Jews

The SS (the elite political soldiers of the Nazi Party), requested that my grandfather do some genealogy research for the German “Motherland.”   However, when Opi discovered that the research was to locate the names of people with Jewish ancestors, he quickly refused. The Nazis promptly punished him by transferring him to the dangerous German front lines.

The following translation comes from one of his journal entries:

“In World War II, I was a soldier for my country for five years. For a time, I was in charge of guarding Russian prisoners. These prisoners had to work very hard. I remember one man in particular﻿—a teacher who was able to speak a little German. I tried to help him as much as possible in my position. I remembered the words of the Savior that we should love our enemies. The teacher and others I had command over showed me their thankfulness by trusting in me and by calling me their father. A short time later, I was transferred to the Russian front where a few of us were captured and put into a Soviet prison. We were sentenced to be shot the next day.

“A soldier came to bring us out of prison and take us to a bunker, where we were to be guarded until our execution. To my surprise, the soldier was the teacher﻿—the same man I had befriended a short time before when we were in quite the opposite position. Now I was the prisoner. He recognized me and said, ‘You, good man, helped us﻿—now I will help you, too!’

“He came to us in the night and let us out of the bunker. He took us to an area close to a German encampment and let us go free. My life was spared, I believe, because I had tried to follow the words of the Savior.”

The desire to survive encouraged Opi to trust in God. Opi believed, “I, the Lord, am bound when ye do what I say; but when ye do not what I say, ye have no promise” (D&C 82:10). Opi wrote of many occasions in which he clearly received the protection of the Lord. Opi later wrote the following:

“Many times in my life I have felt the Lord’s protecting hand as he has promised. In December 1941, I stood guard at an airfield, which was under [enemy] fire at the time. A distinct voice told me to move. Not seeing anyone, I stood still. I was warned again, but seeing no one close to me, I still didn’t move. After the third time, I was literally pushed several yards away. Immediately afterwards, a shell exploded on the spot where I had stood.”

The Power of Prayer

Opi was a staunch believer in prayer, and much of his protection during the war resulted from it. Time after time, Opi bore testimony in his journal entries of his pleas being answered. Following is one example:

“In August of 1942, a young, inexperienced [German] officer was in command. Surrounded by the enemy, capture by the Allied forces appeared certain. The young officer asked me: ‘Do you know a way out?’ I thought of the Lord’s words: ‘Then they cried unto the Lord in their trouble, and he delivered them out of their distresses’ (Ps. 107:6). ‘Yes,’ I told him, ‘there is a way out, but only the Lord can provide it.’ ‘Then do what you have to,’ he said.  “There were a hundred of us. We assembled in a short service, beginning with the hymn ‘We Gather Together to Ask the Lord’s Blessings.’ I then quoted Psalm 91:1–2 [Ps. 91:1–2]: ‘He that dwelleth in a secret place of the most High shall abide under the shadow of the Almighty. I will say of the Lord, He is my refuge and my fortress: my God; in him will I trust.’

“In prayer, I presented our hopeless situation to the Lord and pleaded for His guidance and deliverance. As we finished our prayer, a dense fog rolled in and completely covered our surroundings, making it possible to retreat without detection.”

Gathered in His Name

Bruce Crandall mentioned this part of the story in a 1994 Ensign article. https://www.churchofjesuschrist.org/study/ensign/1994/03/glimpses-of-my-grandpa

Opi…believed that “where two or three are gathered together in my name, as touching one thing, behold, there will I be in the midst of them” (D&C 6:32). Opi wrote of such a group:

“Nine of us were huddled together in a tent on the Icelandic front. We were all religious, though I might add, we were all of different beliefs: three Catholics, three Protestants, two Baptists, and myself—a Mormon. Every morning, we came together for a little religious service. We sang and each soldier read from the Bible. Everyone participated. My Baptist friend, William, had a trumpet. His favorite song was ‘Nearer, My God, to Thee,’ which he often played to our delight. “Our little group, which had grown so close, did not last long, however. Four from our group went to Stalingrad. We others were transferred to the Storm Division, also on the Icelandic front.

“One evening, I was on guard duty along the Kemijoki River. Around me were snow, mountains, and ice﻿—a blanket of white as far as I could see. The northern lights﻿—with their red, yellow, blue, and violet shades﻿—colored the night sky. Suddenly, the stillness was interrupted. I heard very distinctly a trumpet playing ‘Nearer, My God, to Thee.’ I thought about my Baptist friend, William, who was a thousand miles away in Stalingrad. It was as if he were right near me. It was 11:00 P.M. After my watch duty, I told the others in our group of my experience. This seemed unlikely to them, but I knew differently.

“Ten days later I received a message from my friend William with the following words: ‘I’m lying here in a military hospital in Stalingrad. I’m badly wounded. I know my life is just about over now. My thoughts are with all of you. It is 11:00 P.M. With my last strength, I now play for you our favorite hymn.’”

It’s difficult to explain, but reading from Opi’s journals has brought me much closer to him than did my boyhood personal contact with him. And though I know he is not here, I often feel that he is. A peaceful spirit accompanies my quiet readings of his journals, and I become both humbled and proud to be a part of him. Oddly enough, I sometimes feel like I’m part of Opi’s Germany, and I catch glimpses of what it means to turn “the heart of the children to their fathers” (Mal. 4:6).”

This story is great. Many events like this have happened and people still do not believe that there is a GOD. I testify that our father watches over us and h did send his son. In the name of Jesus Christ amen!

His journals and stories like this should be uploaded to FamilySearch.org.I checked and only found 4 pictures, but NO STORIES! 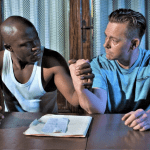 Another Side to “Heart of Africa”: Sequel Comes to the Big Screen 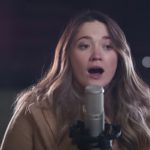 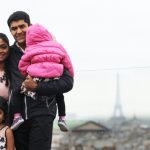 Hundreds of Thousands to Attend All-Virtual RootsTech Connect 2021: Here’s How You Can Participate 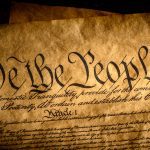 When This Nation Will Be on the Very Verge of Crumbling… 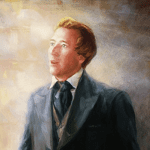 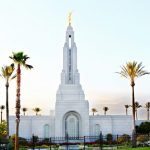