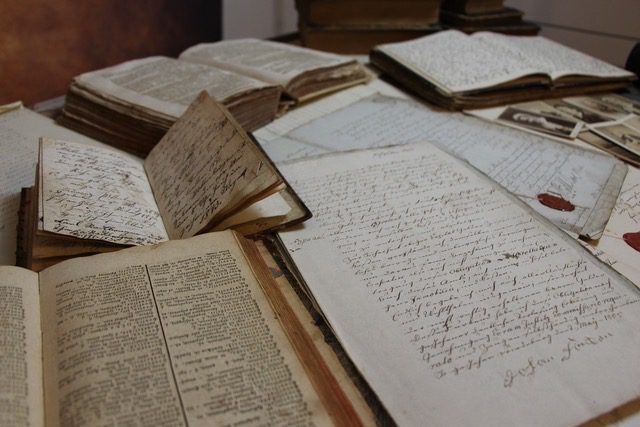 Keeping an Eternal Perspective of “The Why” of the Work

I have, at times, considered the story of Zion’s Camp. It is one of those stories where the goals were not accomplished, leaving the thought by many, that this expedition was a total failure. With this precept I begin my story.

One morning, my son cheerfully entered the family room as I was sitting on the sofa intently looking at my computer and asked, “Do you have any plans for today?”  I quietly replied without taking my gaze off the computer screen, “I was thinking about going to the temple this morning, then am contemplating stabbing someone to death.”

“Mom,” my son pointed out, “I don’t think those two things are compatible.”

Knowing he was right, I decided to call a friend of mine whose husband is a retired detective. I thought I should spill my guts to someone reliable. She is a genealogist, Temple & Family History Consultant, and a FamilySearch missionary. Her detective husband, who had recently got bitten by the genealogy bug, was also serving in the same mission. Surprisingly, they both answered the phone. I told them about the brief conversation with my son. An explosion of laughter rang out. Then I told them “the why” of my contemplated heinous act. Someone had made 86 changes to one of my ancestor’s family on FamilySearch! The chuckles quickly turned to moans. Even the detective said he would have contemplated stabbing the perpetrator.

For those of you who have ever worked in FamilySearch.org, you may understand my utter frustration.

In case you are wondering if I am writing this article from prison, or if serving in the temple rescued me that day, I will explain how I handled the near fatal infraction. First of all, it was brought to my memory, when I first began working in FamilySearch, I made mistakes. As my skills improved, I believe I may have made even bigger mistakes. Now, that I am more adept and quite cautious when I research and change information on FamilySearch, I still make mistakes. The difference is, my mistakes are much less often, and I usually catch them. I also know how to undo them.

Next, I knew I had to contact the perpetrator. I also knew I had to be careful, yet direct. I did not want to discourage anyone from trying to develop research skills. If anything, I hoped to help them in some small way.

I began by detailing who the ancestor in question was, supplying the FamilySearch ID number, and giving a brief explanation of what occurred, asking the patron to repair the damage. I concluded by suggesting we collaborate. Fortunately, the patron responded, saying, “Please go ahead and make your corrections . . . You know much more about them than I do. I only passed by them in working on the FamilySearch files, which I have been doing for a number of years now — it’s my major hobby.”

I then thanked this patron for responding and added this bit of advice.

The patron thanked me for the caution. I still was not happy about having to spend a few days undoing everything.

Shortly thereafter, I published a detailed life sketch with a statement asking patrons to read the life sketch and contact me before changing any information. I had already activated the “Watch” feature for this ancestor and had added over 20 sources. Now, I was quite hopeful I wouldn’t have to go through all of that again until . . . over 70 changes just a few months later! I was mad! I was upset! My hope came crashing down. Doesn’t anyone ever read the PLEASE DO NOT CHANGE ANY INFORMATION WITHOUT CONTACTING me in the Life Sketch? At least this time I knew what to do and didn’t consider stabbing anyone to death. I admit I might have cried a little bit.

Once again, I knew I had to contact this person, but needed to approach it differently than the first perpetrator. I began with, “What evidence do you have to have removed known children of William Henry and Bathsheba Owens?” The patron responded, which is always a plus, even though the answer was insufficient.

I continued the dialogue by asking a few questions and referring them to the evidence gathered. Then concluded with, “I do not mean to discourage you, but this particular ancestor was literally merged to death; so I had to create a new William Henry only to have his family’s information deleted several times.”

Listen to the response.

“So sorry, it is so frustrating, I totally agree. My daughter was teaching me and I wanted EVIDENCE. I am going to the family history center to learn how to do EVIDENCE . . . Once I learn how to get the evidence, I will send it your way and will NOT alter the original entries. I do apologize and am just learning . . . thank you for your patience and feedback. I appreciate your contacting me. Thank you and again I apologize!”

I then extended my help and offered up a few resources to aid in her efforts to learn.

The next incident the person couldn’t remember doing anything. I refreshed her memory by citing the date and changes which can be viewed by clicking on “Show All” in the “Latest Changes” box. After recapping what this patron had done and offering to collaborate, this is how she responded.

“I am relieved that you were not angry with me! (OK, I confess I was angry, but put my feelings aside). Sometimes I upset people and don’t even know it. The reason that started my checking into the file was the differences in ages, and births of some of the children . . . but I forgot what I found now, and where I found it. I struggle with health issues, and I’m getting old . . . So, I am going to back out of this record, and leave it to you, if that’s okay. I do NOT want to mix anything up! Good luck!!”

You might ask me if I ever resolved the problem of patrons changing my ancestor’s information. The answer is no. At this writing, the information has been changed again, but the incidents and severity have decreased. Since the original ordinance work was done in 1936 for this family, I concluded my time would be best spent collecting evidence to determine who William Henry’s parents are; so another generation can be linked and sealed together.

Perhaps all the time and energy I put forth seems like a waste, a failure. My goals were not achieved, much like Zion’s camp; but what was gained? Everyone involved learned from the mistakes, especially me. Keeping the eternal perspective of “the why” all of us are doing this work and the covenant of helping each other succeed is better than focusing on the failures.

A few quotes regarding the gathering of genealogical records:

“A universal system of intelligent cooperation will bring together on one record sheet every fact in existence regarding a particular family. This wealth of data will insure accuracy and banish error. Expensive and time consuming duplications in research and repetition in ordinances will be eliminated. No sooner will a new fact be uncovered in any part of the world by a researcher than it will be communicated to the Archives center and be assigned to its proper place on some family record.” (Archiblad F. Bennett (1947) ‘The Great Cause of Tomorrow’, The Deseret News, 20 Dec 1947, page 65 of 79, third column)

In 1911, Author Nephi Anderson stated at the quarterly meeting of the Genealogical Society of Utah:

“…I see the records of the dead and their histories gathered from every nation under heaven to one great central library in Zion – the largest and best equipped for its particular work in the world…. Then as temples multiply, and the work enlarges to its ultimate proportions, this Society … will have in its care some elaborate, but perfect system, of exact registration and checking, so that the work in temples may be conducted without confusion or duplication… throughout the years reaching into the millennium of peace, this work of salvation will go on, until every soul that can be found from earthly records will have been searched out and officiated for. Then the unseen world will come to our aid, the broken link will be joined, the tangled threads will be placed in order, and the purposes of God in placing salvation within the reach of all will have been consummated.” (Nephi Anderson (1911), ‘Genealogy’s Place in the Plan of Salvation’, The Utah Genealogical and Historical Magazine, Volume 3, 6 October 1911, pages 21[last paragraph]-22.)