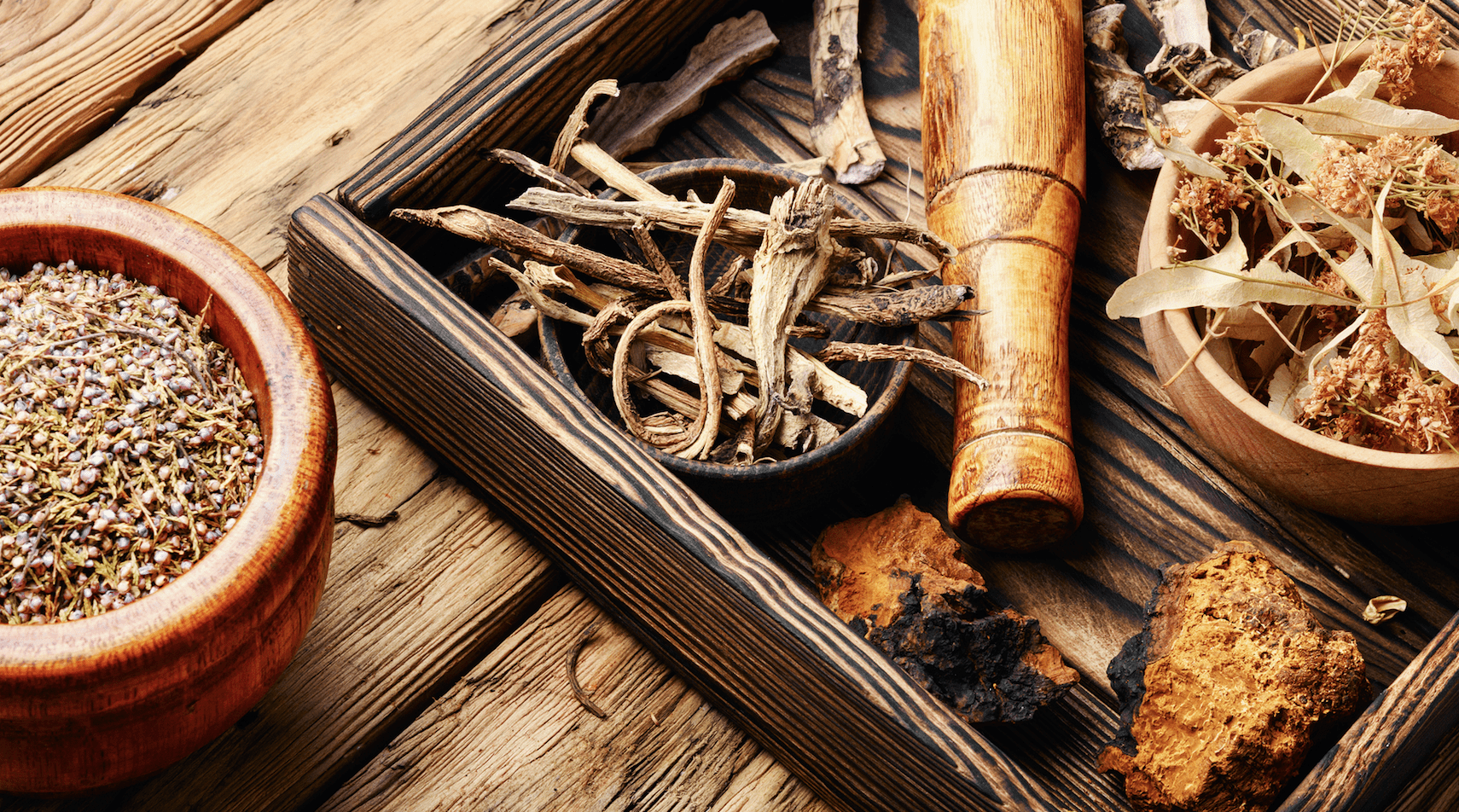 Note from Carolyn: Today’s article is a review of how the early Saints and the health practices they and their doctors utilized in the early years of the Church. It is based on the book “Joseph Smith and Herbal Medicine” published by Cedar Fort in 2009 by John Heinerman. As you read it, you may be interested in the product that has become part of a much healthier, easier daily life for many Meridian readers: CLICK HERE

Is there any greater mystery or miracle of God than the human body?  Understanding and aiding the vast and complex systems that determine health and well-being have been a fascinating priority from the beginning of time.  Who would ever be ungrateful for the marvels of our day where medical breakthroughs and great scientific discoveries have all but eliminated many of the dread diseases recounted through history?  Yet there is still no cure for cancer – or the common cold.  Even with unprecedented breakthroughs, the field of natural healing and health still holds great value, interest and promise even after centuries of usage.  Here’s a trip back in time, well over 200 years.

Joseph Smith was born December 23, 1805 in Sharon, Vermont, which has been called “the land of folk medicine.”  At that time and location in American history, there were limited doctors and most people were too poor to afford anything other than the simple advice of herbalists.  Nevertheless, the Smith family called upon medical doctors in emergencies.

Three family events made a lasting impact on Joseph during his growing up years that convinced him that there was more to health than a doctor:  First was his own excruciating ordeal with the surgery that removed the diseased bone in his leg has been documented and retold many times.  Second was the untimely death from mercury poisoning for his much beloved oldest brother Alvin (Calomel, also called mercurous chloride, was prescribed by a doctor for the 25-year old’s serious stomach ache and became lodged in his stomach.  Third was the near death of his sister Sophronia from typhus fever, where medicine did not help, but Mother Lucy Smith’s faith did.

While the surgeons that operated on his leg were ultimately able to save it, and the typhus fever that killed many was averted by Mother Smith’s faith for his sister, it was the incident with Alvin that made the strongest impact on Joseph Smith and his desire to protect and defend the health for himself, his family and the saints.

From the September 1978 Ensign we read:

“In November of 1823, Alvin became very ill with something his mother called “bilious colic” (a serious stomach ache) and came in from work in great pain. They couldn’t find Alexander M’Intyre, their family doctor, but summoned a Dr. Greenwood who gave Alvin a heavy dose of calomel which “lodged in his stomach.” A total of five doctors, including Dr. M’Intyre, worked on the case, but Alvin, after three days, felt that the “calomel was still lodged … and that it must take his life.”2

He called each of his brothers and sisters in turn to his bedside and gave them a parting admonition. His faith in his eighteen-year-old brother’s prophetic mission was underscored when he pleaded with Joseph to “be a good boy, and do everything that lies in your power to obtain the Book of Mormon… faithful in receiving instruction, and in keeping every commandment that is given you to you.”

The Prophet, writing some years later, recounted his feelings at the moment of Alvin’s death:

“I remember well the pangs of sorrow that swelled my youthful bosom and almost burst my tender heart when he died. He was the oldest and noblest of my father’s family… He lived without spot from the time he was a child. From the time of his birth he never knew mirth. He was candid and sober and never would play; and minded his father and mother in toiling all day. He was one of the soberest of men, and when he died the angel of the Lord visited him in his last moments.” (History of the Church, 5:126-27.)

Alvin died on November 19, 1823.The family’s grief was keen. Part of their sorrow came from a feeling that his death could have been prevented if proper medical attention had been available. As we know, medical science in the early nineteenth century was much less developed than it now is; many practices since found to be unwise were engaged in by the doctors of the day. Lucy Smith, expressing the family’s emotion, said he was “murdered by a quack physician.” William Smith, another brother, commented in his Nauvoo newspaper, The Wasp, on 4 August 1842: “We will not say that he that gives Calomel murders, or he that takes it commits suicide, but we will say … that he that uses the least medicine lives longest in nine cases out of ten.  (Ensign, September 1978, Larry C. Porter)

Alvin’s early and unnecessary death was to have a lifelong impact on Joseph. It’s impossible not to imagine his tender and inquisitive feelings when he later transcribed from the Book of Mormon:

And there were some who died with fevers, which at some seasons of the year were very frequent in the land – but not so much with fevers, because of the excellent qualities of the many plants and roots which God had prepared to remove the cause of diseases, to which men were subject by the nature of the climate.”(Alma 46:40)

He must have reasoned that if there were herbal remedies in the ancient America’s, surely they must still be God’s plan for all men.  I believe reading this scripture must have whetted Joseph’s desire for a better understanding for health practices, inspired by God, for himself, his family, and the early saints.

Somewhat prior to the restoration of the Gospel, another great and somewhat parallel development occurred through the lifelong work of Samuel Thomson (9 February 1769 – 5 October 1843), America’s original botanical doctor. He founded and established a system of herbology, the Thompson Botanical Cure, which became the standard of natural healing for the time.

Samuel Thompson, like Joseph, was from New England and did not acquire his knowledge through lofty schooling, nor was he of high parentage.  Both were persecuted throughout their lives for the truths they believed in.  Thompson’s principles, which run in complete harmony and strengthen the practice and understanding of the Word of Wisdom, were published during the early years of the Church.  Thomson wrote a book called “New Guide to Health; or Botanic Family Physician” in 1822.

It was not until later in his life that Joseph learned about this and became a great advocate for the Thompson Botanical Cure, later saying that he was “as much inspired to bring forth his principle of practice according to the dignity and importance of it as I was to introduce the Gospel. (“Journal of Priddy Meeks,” Utah Historical Quarterly 10:199.)

In 1843 Joseph Smith told the Saints:

“The doctors in this region don’t know much… doctors won’t tell you how to go to be well.  They want to kill or cure you to get your money.  Calomel doctors will give you calomel to cure a sliver in the big toe and not stop to know whether the stomach is empty or not.

Calomel on an empty stomach will kill the patient, and lobelia doctors will do the same.

If you feel any inconvenience, take some mild physic two or three times, and then some bitters (herbs.)  If you can’t get anything else, take a little salt and cayenne pepper.  If you can’t get salt, take pecosia, or gnaw down a butternut tree. Get some boreset or horehound…

I will give you advice that will do you good…  (Joseph Smith, The Journals of Joseph Smith; under entry dated Thursday, April 13, 1843; church Historian’s Office, Salt Lake City, Utah.)

The first Prophet was further influenced by a revelation, given in 1831 and published in the D&C with the precise manner in which the Saint were to be treated in accordance to the laws of nature, when sickness, disease and pain prevailed upon them.

“And whosoever among you are sick, and have not faith to be healed, but believe, shall be nourished with all tenderness, with herbs and mild food, and that not by the hand of an enemy.”  (D&C 42:43)

Taking a close look at the scripture, it is clear that those who don’t believe in herbs for health and healing should not use them.  It seems that faith on the part of those using the herbs is as much a part of the healing properties of herbs as the actual herb itself!

In D&C 130:20-21 we read, “There is a law, irrevocably decreed in Heaven before the foundations of this world, upon which all blessings are predicated.  When we obtain any blessing from God, it is by obedience to that law upon which it is predicated.”

“Joseph Smith believed that the blessing of health was founded upon obedience to following the Word of Wisdom.  Remembering what his brother Alvin had told him to do in obeying the commandments of the Lord, he endeavored to practice sound principles of good eating habits and allow himself to be nursed and doctored by those skilled in the arts of herbal medicine.  As a result, he enjoyed fine physical health, generally speaking (save for an occasion or two when he was severely poisoned by an enemy) and was pretty-much free from sickness and illness, except occasional fatigue and exhaustion due to the strenuous work-load which rested upon his shoulders to perform. (“Joseph Smith and Herbal Medicine,” John Henierman.)

In fact, the whole Smith family was pretty much a healthy lot. It’s important to note that even though the Word of Wisdom was revealed in 1833 and by 1835 had been included as Section 89 of the Word of Wisdom, it was not heavily emphasized or fully followed, even by the Smith family. It was not part of temple recommend worthiness until much, much later.  You will find much information about this in the book and columns by Meridian author Jane Birch: “Discovering The Word of Wisdom.”

We do find the Prophet following the revelation of D&C 42:43 when he “Went to visit my father.  Found him very low.  Administered some mild herbs to the commandment.  May God grant to restore him immediately to health for Christ the Redeemer’s sake.)  Amen.  (Journals of Joseph Smith; October 5, 1835 entry; Church Historian’s Office, Salt Lake City, Utah.)

Next week:  Part II: The Use and Practice of Herbal Medicine in Nauvoo. This article was based on information from “Joseph Smith and Herbal Medicine” by John Heinerman, published in 2009 by Cedar Fort.

After reading this article, you may be interested in the herb product that many Meridian readers have discovered and are finding great value in:   My Miracle Detox.

Carolyn Allen is the Author of 60 Seconds to Weight Loss Success –She has been providing mental and spiritual approaches for weight loss success both online and in the Washington, DC community since 1999 presenting for Weight Watchers, First Class, Fairfax County Adult Education and other community groups.

She and her husband Bob share My Miracle Detox online and here at Meridian. It is an herbal detox keeping with the Word of Wisdom, now used by Meridian readers and missionaries everywhere.  CLICK HERE.

She is mother of five and the grandmother of a growing number of delightful grandsons and granddaughters and lives with her husband, Bob, in Jackson Tennessee where she serves as an Activity Day leader.