Jeffrey R. Holland on the Importance of the Book of Mormon in an Interview with Andrew Teal | Meridian Magazine 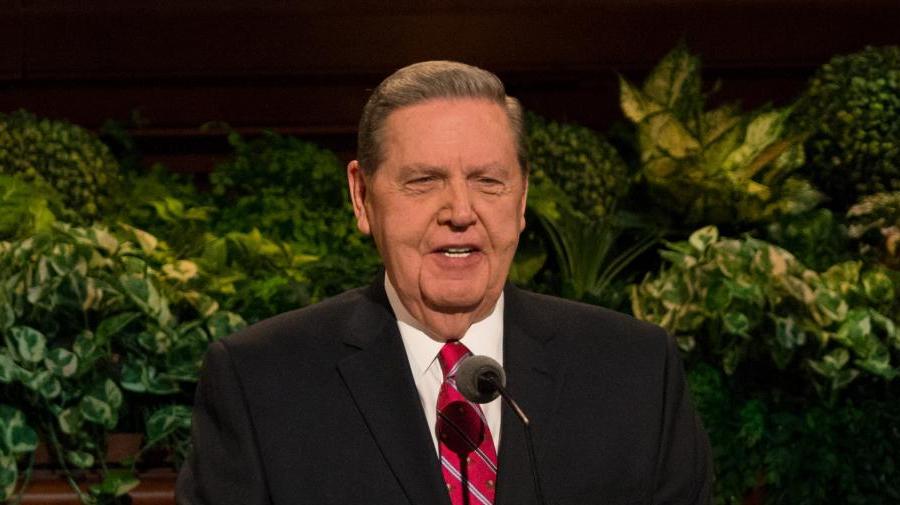 Jeffrey R. Holland on the Importance of the Book of Mormon in an Interview with Andrew Teal

Editor’s Note: Thanks for Daniel C. Peterson from Sic Et Non for bringing this post to our attention. It comes from Robert Boylan at Scriptural Mormonism.

While at Oxford, Jeffrey R. Holland was interviewed by Anglican chaplain and lecturer Andrew Teal on 22 November 2018. The following excerpt shows Holland’s understanding of faith and reason, such as his rejection of fideism as well as the importance of the Book of Mormon:

Teal: There are many people who live inspiring lives and can bring about a reorientation towards God in ever generation. Can you envisage a day when, through conversation, common understanding, and prayer, Joseph Smith will be recognized as a prophet for the broader Christian Church? Can you envisage a day when people will say, “Lay aside some of the aggression and recognize that he was a human being in his era—a simple, ordinary man to whom the living God spoke, and through whom He worked,” and would that be something that you would hope for?

Holland: Oh, I would definitely hope for that! Whether I can envision it or not, I’m not sure, but I can hope for it. I would hope for it on the basis of merit. To use Joseph Smith as an example, I would hope for it on the basis of what he taught, seeing that as consistent with what seems true, what sounds true, what feels true, and is consistent with what you, or I, believe is true. So I wouldn’t expect such loyalty in the absence of faith. I wouldn’t ask that someone suspend reason and good judgment and accept my witness just because I say it, but I would invite the kind of investigation that asks: What did Joseph Smith teach? What did he stand for? I would ask the same of someone investigating Peter, Paul, or anyone else of such standing, and let the truth fall where it may, let that spiritual conviction come if it comes. That is one of the reasons why I believe that one of the first gifts, one of the first of the Church’s institution messages to the world came in the form of the book. It was tangible; it was readable; it was shareable; it was portable. And it didn’t rely on an act of faith, through faith is ultimately at the basis of everything one believes. The Book of Mormon doesn’t require blind faith. It was intended to start an open conversation, then let the merit of the conversation carry the reader where it will. That kind of universality for The Church of Jesus Christ of Latter-day Saints I can envision, and it’s what I would truly hope for. Then I would let the truth and spiritual witness come where they come, taking our chances with that. (Andrew Teal, ed., Inspiring Service: Interfaith Remarks with Elder Jeffrey R. Holland at Oxford [Provo, Utah: Religious Studies Center, Brigham Young University / Salt Lake City: Deseret Book, 2019], 91-93, emphasis added)